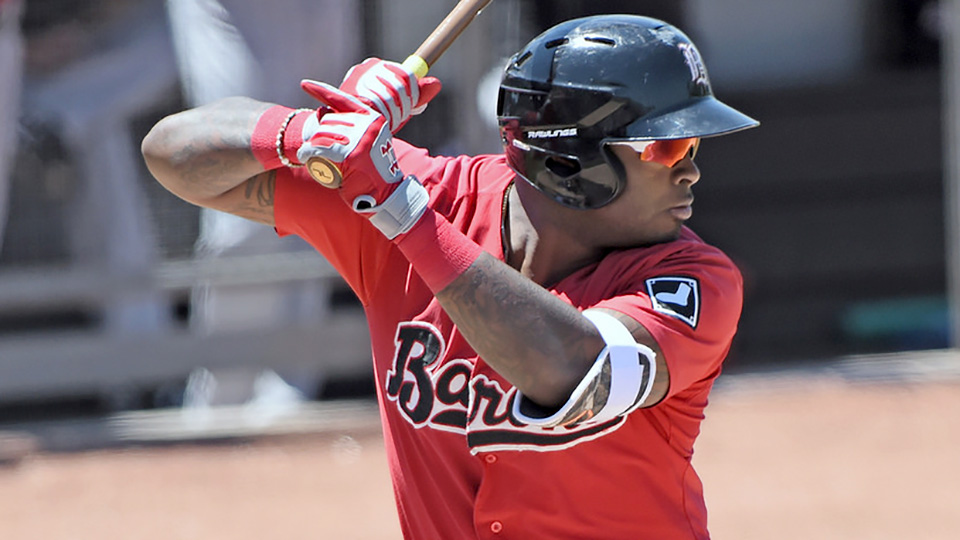 White Sox fans waiting for good news about Courtney Hawkins can stop waiting: He's one of the hottest hitters in the Minors right now.

The No. 9 White Sox prospect went 9-for-18 with two homers, two doubles, nine RBIs and two runs scored over four games last week for Double-A Birmingham en route to being named Southern League Offensive Player of the Week for June 20-26. It's the second such honor of his career -- he was also named the Carolina League's best hitter for June 3-9, 2013.

In a week shortened by the All-Star break from June 20-22, Hawkins got started Thursday by going 3-for-4 with a homer, three RBIs and a walk at Mobile, the venue for all four of the Barons' contests on the week. Three days later he went 3-for-4 again, this time with a homer and a double while matching his career high with five RBIs.

"We've been working on a lot of directional stuff," Hawkins said. "It starts with overexaggerating everything in BP, working with it and then coming out and being able to do it in games.... It's more just focusing on my body and stuff like that -- little things. My hitting coach [Jamie Dismuke] is right there with me, and he's not huge on mechanical stuff. Just focus on little stuff, go out there and compete."

Taken as the 13th overall pick in the 2012 Draft for his power potential, Hawkins has found it difficult to flex that skill in the Southern League, partly due to a low contact rate (he's struck out in 30.9 percent of his Double-A plate appearances) as well as injury concerns over the last two seasons. The right-handed slugger played only 78 games in 2015 due to finger and foot injuries and missed a month from April 12-May 12 due to an oblique injury earlier in this campaign. Those maladies have kept the 22-year-old from feeling settled with the Barons.

"The last two years have been rough with injuries," he said. "Every time I start feeling good, I'd get an injury.... At the end of the day, you make the decision to come back. You talk with the training staff, but they're only going off what you tell and show them. It's a little different any time you come back. I'm just trying to grind through a long season."

Given how long he's been around, it's easy to forget that Hawkins was pushed rather aggressively through the White Sox system and is still only 22, despite playing two campaigns apiece at the Class A Advanced and Double-A levels. Starting a second-half turnaround, he's still got a chance to rebuild his prospect stock and get back on track to fight for a future spot on Chicago's South Side.

"I just keep trying to stay in the fight," he said. "It's baseball. One day, I'm on the phone talking about how great of a run I'm on, and then you can go weeks without being heard of. That's why it's all about staying consistent. Putting together good over and over. Not good, then bad, then good, then bad. I just want to be consistent."

Here are the rest of the Minor League Offensive Players of the Week for June 20-26: