Mets No. 8 prospect strikes out four in longest start of season 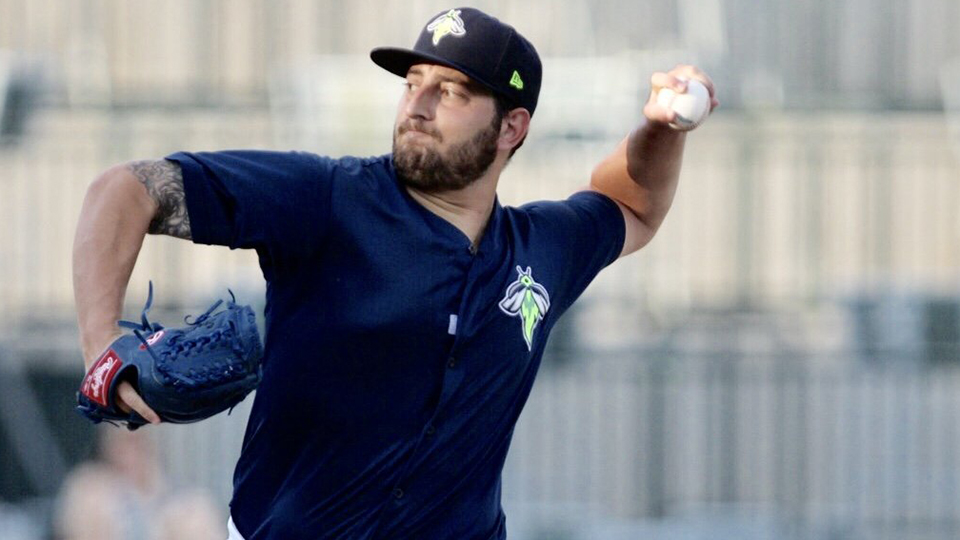 In 2016, his last healthy season, Thomas Szapucki was 4-3 with a 1.38 ERA in nine starts across two levels. (Columbia Fireflies)

Thomas Szapucki turned in his longest outing of the season, and it was close to being a historic one.

The eighth-ranked Mets prospect struck out four over four innings and Class A Columbia came within two outs of a no-hitter in a 4-0 blanking of Hickory on Friday night at Segra Park.

A two-out walk in the second to Pedro Gonzalez was the only baserunner the Crawdads mustered against Szapucki as the left-hander retired the final seven batters he faced.

Szapucki is returning from Tommy John surgery that forced him to miss all of last season. He left his July 6, 2017 start against Augusta after facing three batters and underwent the procedure two weeks later. Before the injury, Szapucki was 1-2 with a 2.79 ERA and 1.17 WHIP over 29 innings.

"I feel pretty good," he said. "I'm pretty close to where I used to be. Of course, a good dominant performance like today helps a good bit. I feel like my pitches are getting back to where they were. It's all good signs."

One pitch that isn't exactly where it was prior to the surgery is the fastball, which Szapucki said comes in a little slower some days than others. It's all part of stretching out his arm and regaining his confidence on the mound.

"That's what I was struggling with the most was just getting that work on the mound, starting to feel comfortable again," the 23-year-old said. "I'm not trying to blast it past everyone; I'm trying to throw quality strikes and get bat contact with good location."

The club has Szapucki on a strict pitch count, part of coming back from the injury. Against the Crawdads, he threw 31 of 50 pitches for strikes. His coaches, he said, take things inning by inning.

While Szapucki doesn't have any established goals for what his pitch count could be by the end of the season, he expects to continue to go deeper into games as the year progresses.

"It's probably around 90 pitches, somewhere where I can get six or seven innings in and feel good," the southpaw said. "I don't think I'm going to stretch it out over 100 pitches or go complete games or anything like that, just good quality starts. Get a good amount of innings in and be ready to go next year."

Recovery from the elbow ligament replacement surgery had its "ups and downs," Szapucki admitted. And new pains to which he wasn't accustomed caused some setbacks.

"There's soreness in different places that I normally don't usually get, which caused me to shut down a bit and I would have to start back all over," he said. "It probably happened three times, just gearing up and then shutting down. I think I have found a good routine that's going to help going forward."

The Florida native has a 2.08 ERA in 11 starts this season, yielding five earned runs while striking out 26 over 21 2/3 innings.

Tylor Megill (3-0) came on in the fifth and held the Crawdads hitless until Jonathan Ornelas doubled past diving center fielder Hansel Moreno with one out in the ninth.

"I was hoping Moreno would make that catch," Szapucki said. "He gave an outstanding effort, but I think it was too little of a soft-contact hit."

Moreno led the offensive charge for Columbia, smacking a solo homer in the first and driving in another run with a fielder's choice in the sixth. Brian Sharp went 2-for-3 with a RBI and a run scored.