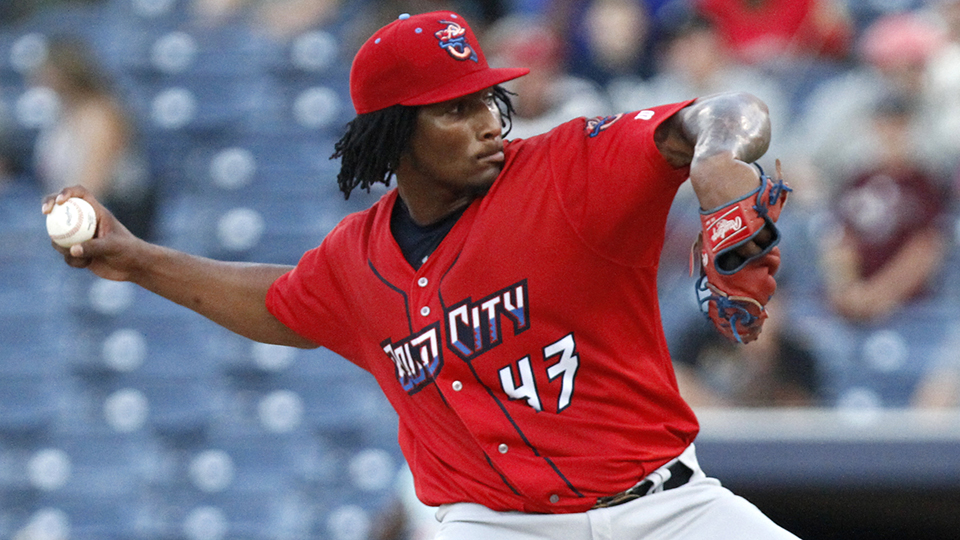 The Marlins seem to have a bright future on the mound

Sixto Sanchez, the organization's top prospect, has been named its Minor League Pitcher of the Year and MVP for Double-A Jacksonville after going 8-4 with a 2.53 ERA and 97 strikeouts over 103 innings in 18 starts for the Jumbo Shrimp.

Sanchez, MLB.com's No. 23 overall prospect, impressed in the Southern League with a 1.03 WHIP and .225 opponents' batting average.

The right-hander started the year at Class A Advanced Jupiter, where he gave up six runs over 11 frames in two starts before joining Jacksonville on May 14. In his Double-A debut, he allowed one hit over six scoreless innings.

On July 23, the 21-year-old limited Biloxi to two hits over seven scoreless innings, striking out nine without issuing a walk. That began a streak of four scoreless starts that spanned 24 frames.

"It's a special arm," Marlins president of baseball operations Michael Hill told MLB.com. "You keep him healthy and you keep building. ... He's already approaching career innings for him. It's just a matter of getting him into that routine and taking the ball every five days, and going out there and competing."