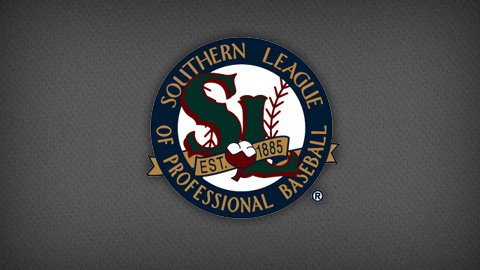 The Southern League Hall of Fame will share its inaugural year with the 2014 season commemorating the 50th anniversary of the "modern era" of the League which began in 1964. The purpose of the Southern League Hall of Fame is to honor individuals for their accomplishments and/or contributions to the League on the field of play or in an administrative role. This shall include but not necessarily be limited to: players, managers, coaches, umpires, League and team executives, owners, and media members.

Reggie Jackson (nicknamed "Mr. October") was born in Cheltenham Township in Pennsylvania. He was recruited by Arizona State University to play football but soon began playing baseball as well, as he had done in high school. He was recruited by the Kansas City A's and would go on to a remarkable career in both the Minor and Major leagues as an outfielder with several All-Star appearances, AL MVP awards and two Silver Sluggers. His 1967 season with the championship-winning Birmingham A's was no exception. In addition to a .293 batting average with 17 home runs and 58 RBI, he led the league in three batting categories that year: Most Runs (84), Most Triples (17) and Most Total Bases (232). Jackson is also a member of the National Baseball Hall of Fame. He played with several Major League teams during a 21-year career in which he helped win six pennants and five World Series. Today, he serves as a special advisor for the New York Yankees.

After several years of working in sports radio production, Frank Burke and his partners bought the Lookouts franchise in 1995. In 1999 they announced plans to build a new privately funded ballpark in downtown Chattanooga. The year 2000 saw the opening of AT&T Field, which replaced Historic Engel Stadium. As general manager, Burke introduced several marketing innovations and promotions that helped ensure the long term success of the franchise. He was awarded Southern League Executive of the Year in 2001 and 2011 as well as the Double-A Bob Frietas Award from Baseball America in 2002. Burke also served as the Southern League's representative on the National Association Board of Trustees and was the chair of the league's Advisory and Finance Committee. Over the years, Burke served on the Board of Trustees for several local businesses, representing the Lookouts' mission to be productive corporate citizens of Chattanooga.

A lifelong baseball fan, Rosemary Hovatter was hired as an administrative assistant by future Southern League President and then Huntsville Stars owner Don Mincher in 1985. She was there as Joe Davis Stadium was built and is still dedicated and working in the Huntsville stadium in its final year. She has worked at the stadium for 30 years in numerous capacities including box office work, accounting and staffing. Rosemary is known well by fans as a "team mom" and was chosen by fans as Huntsville's inductee to the Hall of Fame through a social media campaign.

A two-sport superstar, Vincent Edward "Bo" Jackson is a Bessemer, Alabama native. He turned down being drafted by the New York Yankees in 1982 to attend Auburn University where he excelled in both baseball and football. He was drafted by the Kansas City Royals in 1986. He had a remarkable season with the Memphis Chicks as an outfielder. He had a .277 batting average, 7 homeruns and 25 RBI in 212 plate appearances before he was called up to Kansas City in September of that year. Jackson went on to play in the NFL for four years and an 8-year MLB career that included being awarded as the MVP of the 1989 All-Star Game.

Mr. Bragan was part of a baseball family that included MLB player, coach and manager Bobby Bragan and former Southern League President Jimmy Bragan. A successful car dealer in Birmingham, Alabama, Mr. Bragan purchased the Jacksonville Suns in 1984 and as president and owner for over 25 years, he oversaw many years of financial and athletic success for the franchise, never afraid to pursue unique marketing and promotional initiatives. He successfully guided the completion of The Baseball Grounds of Jacksonville which opened in 2003, and the field was named for him after his passing in 2012. Known for his larger-than-life personality and as a friend of the fans, his legacy was passed on to his son and current president/owner, Peter Bragan, Jr.

Dale Murphy was a legendary outfielder, first baseman and catcher for the Atlanta Braves, originally from Portland, Oregon. His 1976 season with the Savannah Braves was a successful one. Murphy had a .267 batting average, 12 home runs and 55 RBI in 104 games. He was also chosen as the catcher for the Official All-Star Team. He retired in 1994 after an 18-season Major League run that saw a lifetime .267 batting average, five All-Star Game starting appearances, two NL MVP awards, a Lou Gehrig Memorial Award, Roberto Clemente Award, five Golden Gloves and four Silver Sluggers. Since retiring from the game, Murphy has spent much of his time active in religious and charitable organizations and still frequents many Minor League Baseball events as a special guest for fans. He has authored three books, including an autobiography, on the subjects of both professional and youth sports.

Mike Darr, a Corona, California native, was a key player in the championship-winning 1998 Mobile BayBears season. He helped to lead the BayBears to an 85-54 record as an outfielder and switch-hitter. Darr posted a .310 batting average with 6 homeruns, 90 RBI and 28 stolen bases. At the time, his 90 RBI set a franchise record. Darr was originally drafted by the Detroit Tigers in 1994 but went on to work his way up through the San Diego Padres system after being traded in 1997. He played for the Triple-A Las Vegas Stars in 1999 and 2000 and then for the Padres in 2000 and 2001. He passed away in 2002 in an automobile accident during Spring Training.

A native of Garden Grove, California, Alan Trammel spent his entire professional playing career with the Detroit Tigers after being drafted in 1976. Trammel was famous for his double-play work with long-time teammate Lou Whitaker, whom he first met playing with the Montgomery Rebels. The two played 19 seasons together. He was a part of two historic Montgomery teams that won back-to-back Southern League Championships in both 1976 and 1977. 1977 was Montgomery's best year to this day with 86 wins. With only 64 plate appearances in 1976, he didn't leave his mark, but came back the next year with 516 and earned a .291 batting average and knocked 50 RBI, 19 triples and, 9 doubles and 78 runs. He still holds the league record for triples. Trammel played 20 seasons with the Detroit Tigers as a shortstop and posted a lifetime .285 batting average. He was chosen for six All-Star Teams and won the World Series MVP award in 1984. He has held various managerial and coaching positions since retiring from playing in 1996. Trammel is currently working as Bench Coach for the Arizona Diamondbacks.

Tim Wakefield was a right-handed pitcher from Melbourne, Florida. He is known mostly for his 17-year tenure with the Boston Red Sox, but spent most of his minor league years pitching through the Pittsburgh Pirates system. His year spent with the Carolina Mudcats in the Southern League was memorable. He pitched for a 15-8 record in 26 games. He tied for Complete Games that season on a league level with 8. In the Mudcats inaugural season, Wakefield set some club records that still hold up today. He has the record for Wins in a Single Season (15), Complete Games in a Single Season (8) and Innings Pitched in a Single Season (183). Wakefield was also the club leader that year in ERA (.293) and Strikeouts (123). After two seasons with the Pirates, Wakefield signed as a free agent with the Red Sox in 1995. He was an All-Star in 2009 and the recipient of the Roberto Clemente Award in 2010. After the 2011 season, Wakefield retired with a career 200 wins and 2,156 strikeouts.

Hall of Famer and Spokane, Washington native Ryne Sandberg came to the Southern League as a manager in 2009. In that season, he was able to uplift the Smokies from their position of last in the Southern League North Division in 2008 to first in the division in 2009. His team went all the way to the Southern League Championship series but was not quite able to hold off Jacksonville. Cumulatively, the 2009 Smokies batters had a .268 batting average, 1246 hits for 591 runs, 257 doubles, 27 triples 89 homeruns and 536 RBI. The pitchers had a cumulative 3.99 ERA and a combined 900 strikeouts in 1215.2 innings pitched. Overall the team had a .507 winning percentage. Six players from that team are on the Chicago Cubs current 40-Man roster. Sandberg is a ten-time All-Star, nine-time Golden Glove winner and seven-time Silver Slugger recipient. The second-baseman spent fifteen seasons playing for the Cubs. He is currently managing the Philadelphia Phillies.

This inaugural class of thirteen inductees will be recognized at the 2014 All-Star Game in Chattanooga on June 17. Starting in 2015, there will be three inductees every year. While a physical location for the Hall of Fame is down the road, a web site will be developed and a plaque will be placed in the Southern League office listing Hall of Fame inductees from each year.