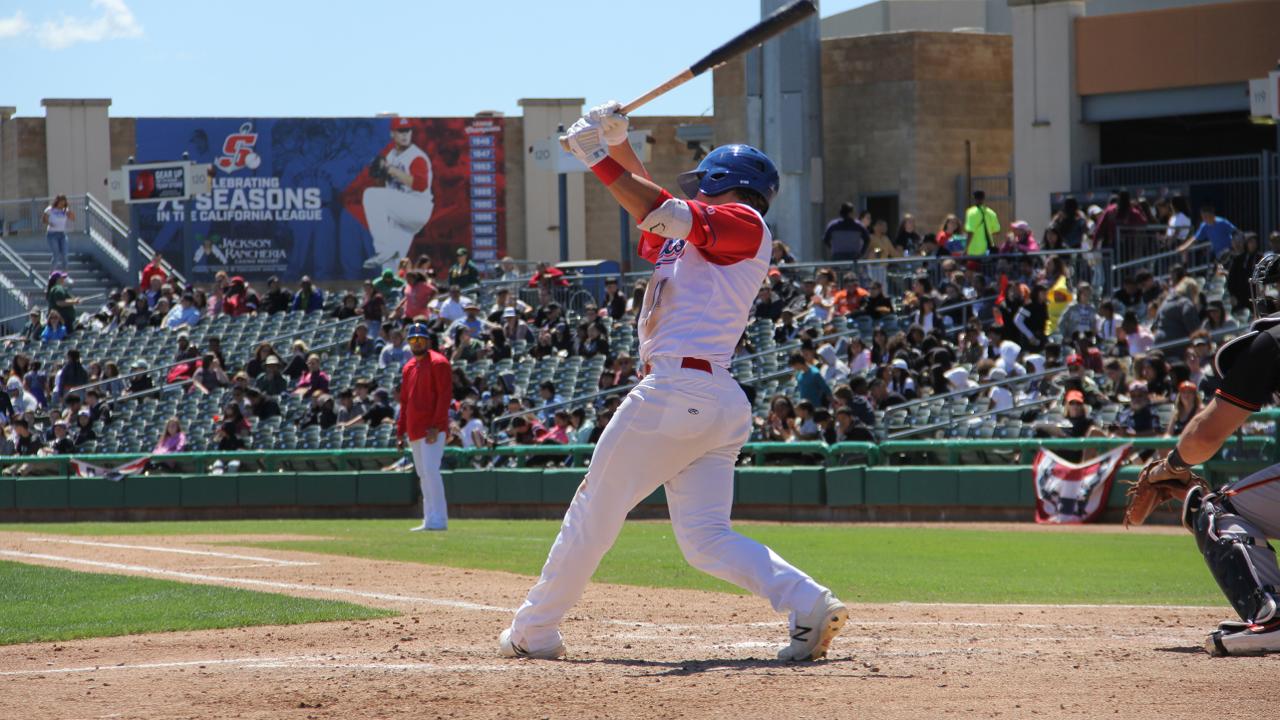 SAN JOSE, Calif. - The San Jose Giants scored the first two runs of Saturday night's ballgame at Excite Ballpark. The Stockton Ports would then score nine before the Giants would score again. Banging out 14 hits, the Ports sent the Giants to a 12-5 loss and prevented them from reducing their magic number to clinch a playoff berth, which sat at two entering Saturday's contest.

David Leal made the start for Stockton after being added to the Ports roster from the AZL A's Gold squad and got into a first-inning jam. Leal, with the bases loaded and two outs, gave up a two-run single to Manuel Geraldo that gave San Jose the early 2-0 lead. Leal would settle in, however, and work the next three innings scoreless while allowing just one hit. He pitched four innings and allowed two runs on four hits while striking out two.

The Ports took advantage of a San Jose error to tie the game in the top of the second. With the bases loaded and two away, Austin Beck reached on a throwing error committed by the shortstop Geraldo on a missed shovel-pass on a force play at second base. The error allowed two runs to score and tie the game at 2-2.

Giants starter Jose Marte (3-9) would not make it out of the third. With two on and two out, Marte surrendered a two-run double to Nico Giarratano that gave the Ports the lead for good at 4-2. Peter Lannoo was summoned at that point and went on to allow an RBI single to Yhoelnys Gonzalez that made it a 5-2 contest.

John Gavin took over for the Giants in the sixth and gave up a single with one out to Lazaro Armenteros, followed by a two-run homer to Robert Mullen that made it a 9-2 contest.

San Jose got back in the run column again in the sixth. Kumar Nambiar (1-0) came on in relief of Leal in the fifth to make his California League debut. After working a scoreless fifth, Nambiar gave up a two-out, two-run double to Hamlet Marte in the sixth that cut the Ports lead to 9-4. Nambiar gave up a leadoff double in the fifth to Shane Matheny, who scored two batters later on a sac-fly by David Villar to make it a 9-5 game.

Nambiar would pick up the win, going four innings and allowing two runs on four hits while striking out two.

Jake Bray pitched the final two innings without allowing a run for Stockton.

The Ports added three runs in the ninth facing Giants reliever Solomon Bates. With the bases loaded and one out, Bates gave up a sac-fly to center to Ryan Gridley and an RBI single to Austin Beck. With two outs, Bates committed a fielding error on a comebacker to the mound that allowed a third run to score, ballooning the Stockton lead to 12-5. Bates allowed three runs (two earned) on four hits over 1 1/3 innings.