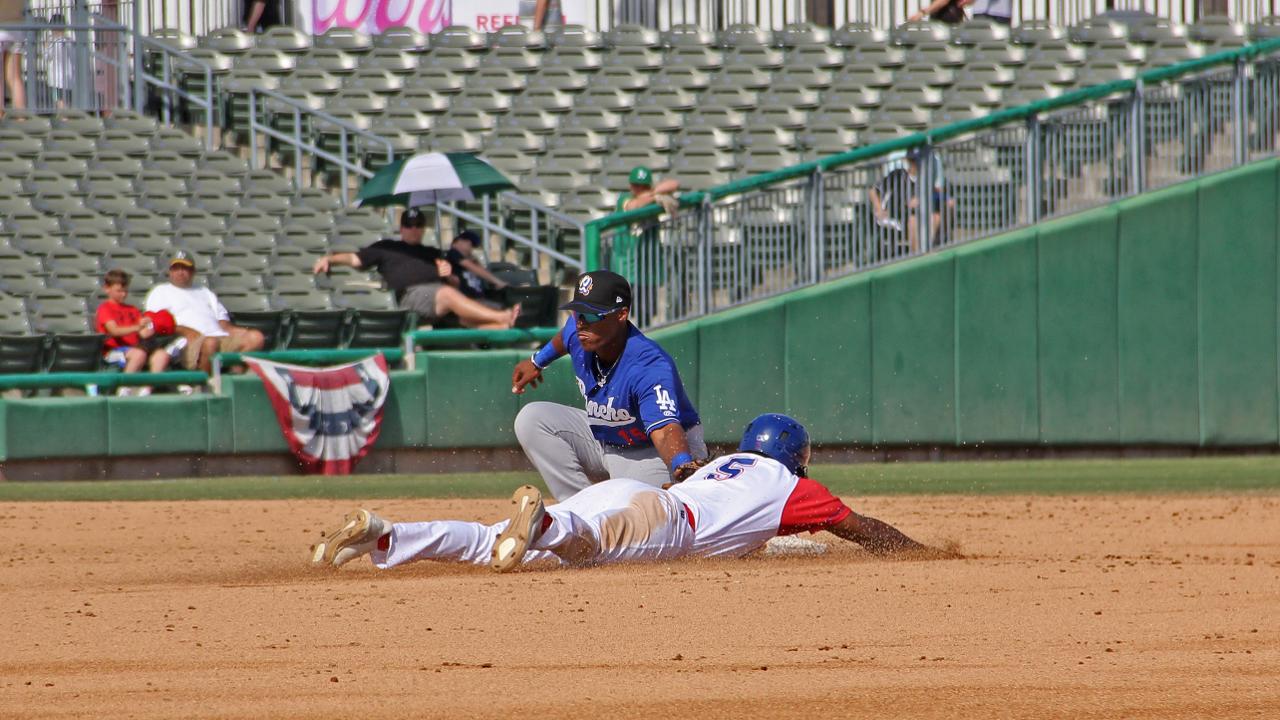 STOCKTON, Calif. - The Rancho Cucamonga Quakes took a first inning lead and never looked back on Friday night at Banner Island Ballpark. The Quakes hit three home runs and held the Stockton Ports to just four hits over the first seven innings as they took the first of a three-game series by a final of 6-4.

Jeter Downs got the scoring started for Rancho Cucamonga with a solo home run in the first inning off Ports starter Marco Estrada (0-1), who was working on a Major League rehab assignment. The Quakes went deep on Estrada again in the third inning as Jacob Amaya hit a two-run blast to give the Quakes a 3-0 advantage.

Estrada would suffer the loss, going 2 2/3 innings and allowing three runs on five hits while walking one and striking out four.

Quakes starter Andre Jackson allowed one run in his three-inning start as the Ports loaded the bases with one out in the third inning and Jeremy Eierman drove in a run with a groundout to cut the Quakes lead to 3-1. Jackson would not factor into the decision as he allowed two hits while walking three and striking out seven.

Rancho Cucamonga got the run right back in the fourth inning as Mitchell Jordan gave up a leadoff double to Jordan Procyshen and, two batters later, gave up a double to Dillon Paulson that made it a 4-1 game.

Max Gamboa came on to work the fourth for the Quakes and issued back-to-back walks to Lazaro Armenteros and Payton Squier to begin his outing. Later in the frame with one out, Nico Giarratano supplied a sac-fly to center that scored Armenteros. Ryan Gridley followed with an RBI single to score Squier and cut the Quakes lead to 4-3. Gamboa would be lifted at that point for Austin Drury (1-1), who went on to pitch three scoreless innings while allowing just one hit in picking up the win in relief.

The Quakes got a run back in the top of the sixth on a tough break for Jordan. With runners at second and third and two outs, Jordan struck out Jeren Kendall, but Kendall reached on a passed ball that also scored Brandon Montgomery from third and made it a 5-3 ballgame. Jordan would not factor into the decision, going 4 1/3 innings and allowing two runs (one earned) on five hits while striking out six.

Rancho Cucamonga added to its lead again in the top of the eighth as Eric Marinez came on in relief and gave up a leadoff homer to Paulson that made it a 6-3 contest. It was the only run allowed by Marinez in two innings of work.

Stockton got a run back in the bottom of the eighth as Alfonso Rivas drew a leadoff walk from Melvin Jimenez and scored later in the inning on an RBI double by Armenteros that also put runners at second and third with one out. Jimenez, though, would bear down and strike out Squier and then get Robert Mullen to pop out to end the threat.

Brett de Geus (SV, 3) came on to work the ninth for the Quakes and gave up a two-out single to Austin Beck that got Rivas to the plate as the possible-tying run, but Rivas would strike out swinging to end the ballgame as de Geus notched his third save of the season.

The Ports and Quakes play the second game of their three-game series on Saturday night at Banner Island Ballpark. Left-hander Jesus Luzardo (1-0, 1.29 ERA) makes the start for Stockton. Rancho Cucamonga has yet to announce its starter for the contest. First pitch is set for 7:10 p.m. PDT.