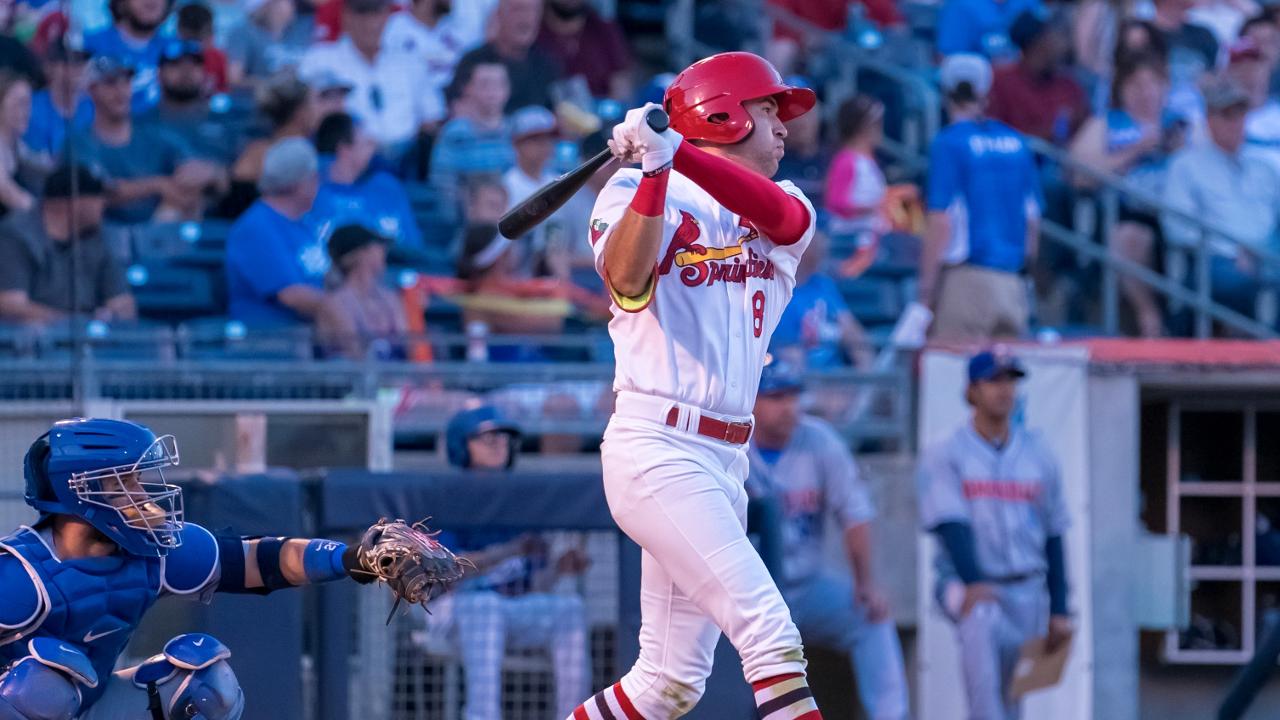 With nine total bases, Dylan Carlson matched the season high he set on May 16 against Northwest Arkansas. (Tim Campbell/MiLB.com)

Dylan Carlson led off two innings on Wednesday night and homered both times.

The second-ranked Cardinals prospect went 3-for-4 with a pair of solo dingers -- his first career multi-homer effort -- in Double-A Springfield's 5-2 win over Amarillo at Hodgetown.

The switch-hitting right fielder opened the game against Sod Poodles left-hander Nick Margevicius, who made 12 big league starts this season, and sent a line drive off the batter's eye in center field for his 15th homer of the season.

Batting second in the third inning, Carlson lined a 2-2 pitch to center for a single. Leading off the fifth, MLB.com's No. 88 overall prospect sent a 1-1 offering just to the right of dead center for another solo shot. Margevicius finally retired Carlson in the seventh, when he grounded sharply to second.

The 20-year-old raised his July average to .339 with five homers and seven RBIs in 13 games. He leads the Texas League in homers, extra-base hits (41), total bases (176) and runs scored (69) and ranks second in slugging percentage (.529) and OPS (.900). Carlson also started for the National League at the Futures Game and delivered an RBI single.

"It's definitely been a buildup," he told MiLB.com's Sam Dykstra. "It's been a process all throughout the Minors. I'm real grateful for all the struggles I've had because I don't think I would be here without them."

Rayder Ascanio doubled in the second to extend his hitting streak to seven games for Springfield, then hit a three-run homer -- his ninth -- in the fourth.

Cardinals No. 18 prospect Johan Oviedo (3-4) allowed two runs on three hits and four walks while striking out four over six innings for the win. Kodi Whitley struck out one in a perfect ninth for his sixth save.