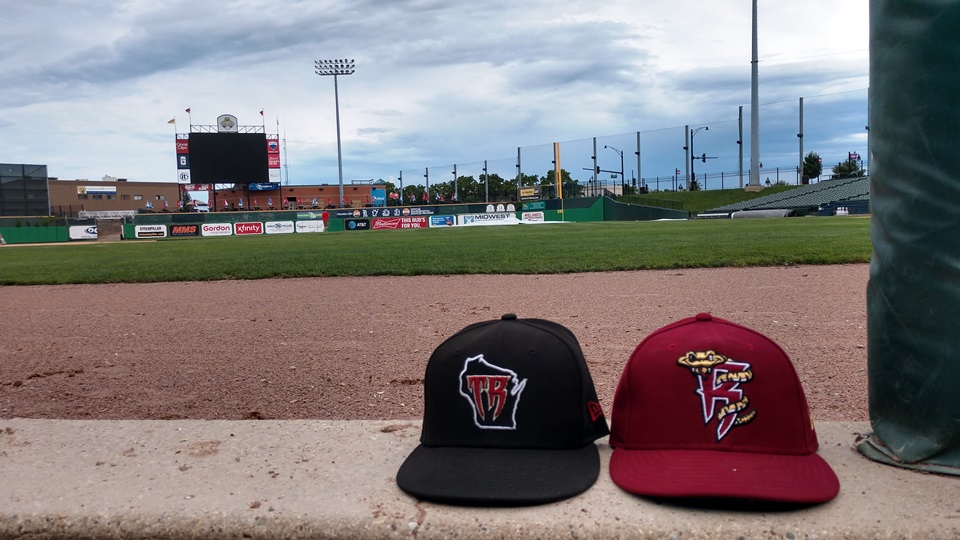 PEORIA, IL - The Wisconsin Timber Rattlers broke a 1-1 tie with three runs in the top of the seventh inning and went on to a 7-3 win over the Peoria Chiefs at Dozer Park on Sunday evening. The win allowed the Rattlers to stay within three games of a second half playoff spot as the 2019 Midwest League season heads into its final two weeks.

Wisconsin (61-63 overall, 30-25 second half) took the lead with a two-out rally in the top of the second inning. Pablo Abreu singled with two outs and stole second. Chad McClanahan followed with a single to right and Abreu scored without a play for a 1-0 lead.

Abreu had a hand in keeping the Rattlers up in the bottom of the third inning. Delvin Perez doubled with two outs. Brendan Donovan was next and he singled sharply to center. Perez tried to score, but Abreu's throw to the plate was in plenty of time to get Perez for the final out and Wisconsin stayed up 1-0.

The Chiefs (46-78, 16-39) tied the game in the bottom of the fourth. Carlos Soto hit a solo home run to right with one out against Wisconsin starting pitcher Nick Bennett.

Bennett, the 6th round pick of the Milwaukee Brewers in the 2019 draft out of the University of Louisville, went five innings in his first Midwest League start. He allowed one run on three hits with one walk and five strikeouts.

Wisconsin went back in front in the top of the seventh inning. Jesús Lujano started the inning with a single. Abreu followed with a single to put runners on first and second. McClanahan lined the next pitch from Peoria starter Parker Kelly to right for his third single of the game. Lujano raced for the plate and beat the throw home to give the Rattlers a 2-1 lead.

McClanahan stole second to get into scoring position and Antonio Piñero cashed in both runners with a two-run single to put the Rattlers up 4-1.

Peoria got a run against Wisconsin reliever Jake Cousins in the bottom of the seventh. Soto doubled to start the inning. He took third on a groundout. Wadye Ynfante knocked in Soto with another grounder to cut Wisconsin's lead to two runs.

The Rattlers doubled their lead in the eighth as they scored two runs without the benefit of a hit. David Fry walked to start the inning. Lujano dropped a sacrifice bunt and the throw to first was wild to allow Fry to take third and Lujano to wind up at second. Abreu hit a deep fly to center to score Fry and move Lujano to third. Later in the inning, Lujano scored on a wild pitch for a 6-2 lead.

The Chiefs got a run in the eighth inning against Tyler Gillies. Brandon Riley doubled with one out and went to third on a flyout. Gillies committed a balk to let Riley score.

Wisconsin added one more insurance run in the top of the ninth. Piñero doubled to lead off the inning. Connor McVey hit a sharp grounder up the middle that deflected off the glove of Perez for an error and Piñero raced home for the final run.

Logan Gillaspie tossed a 1-2-3 bottom of the ninth to close out the game.

In the second-half playoff chase, the Rattlers picked up ground on the division leaders. The Clinton LumberKings defeated the Kane County Cougars 9-7 at Kane County earlier in the day. That win allowed Clinton to pull to within two games of the Cougars for the division lead. Wisconsin stayed three games behind the LumberKings for the second half Wild Card. The Rattlers are five games behind Kane County. There are fifteen games remaining in the regular season.

The win allowed the Rattlers to claim the season series from the Chiefs. Wisconsin is 10-7 versus Peoria with two games left between the two teams this season.

Game three of the series is Monday night at Dozer Park. Justin Jarvis (3-1, 2.61) is the scheduled starting pitcher for the Timber Rattlers. Dalton Roach (1-1, 5.52) is set to start for the Chiefs. First pitch is scheduled for 6:35pm. The radio broadcast is on AM1280, WNAM and the TuneIn Radio app starting with the Papa John's Pizza Pregame Show at 6:15pm. MiLB.tv subscribers can watch the game over the internet.