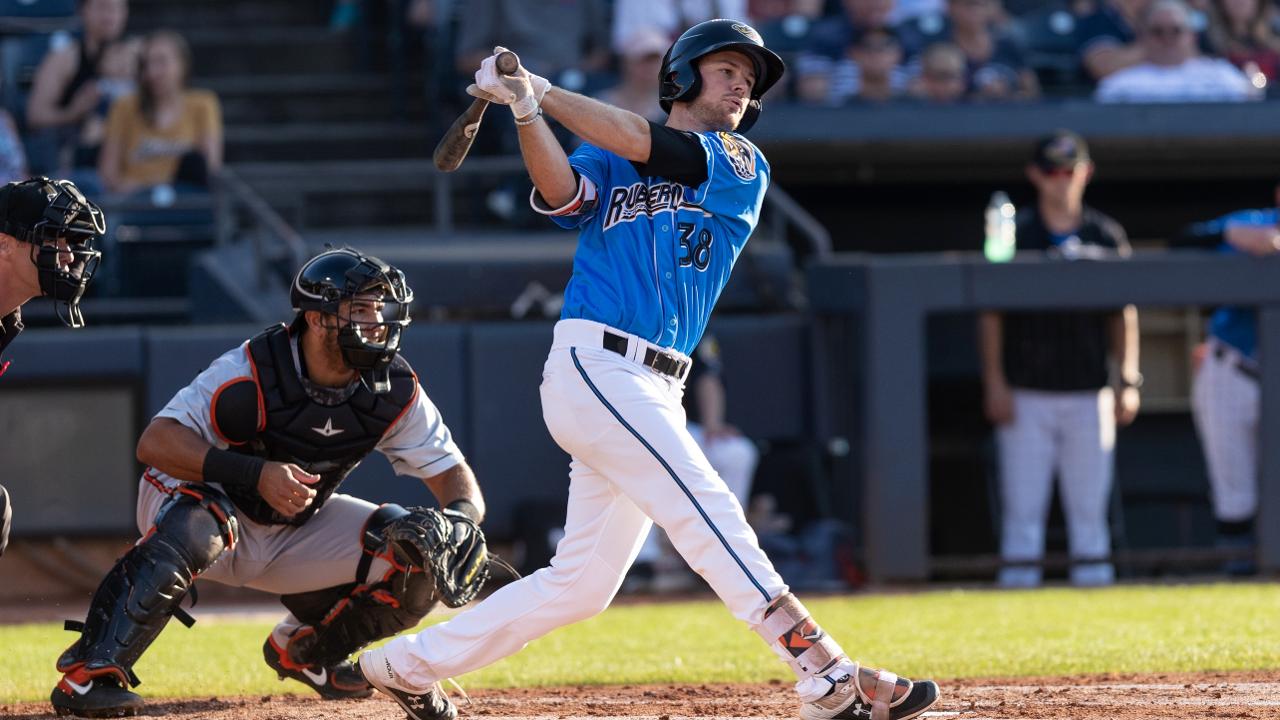 The Akron RubberDucks ended their five-game losing streak Friday night at Canal Park thanks to a solid team pitching effort and a three-run fifth inning triple from Trenton Brooks en route to a 4-3 victory over the Binghamton Rumble Ponies.

Trenton Brooks broke the 1-1 tie in the bottom of the fifth inning, with a bases loaded, three-run triple into the game in right-center field, putting the Ducks ahead 4-1.

Akron RubberDucks starter Jake Paulson was sharp in his five innings of work, having allowed only five hits and one earned run while striking out four Rumble Ponies and walking two. Paulson was relieved after throwing only 68 pitches by Ben Krauth, Robert Broom, and Jared Robinson who allowed two runs in the top of the sixth inning, but kept Binghamton off the scoreboard in the last three frames.

The RubberDucks offense jumped out in front 1-0 in the bottom of the first with back-to-back base hits from Ernie Clement, who doubled to left field, and an RBI single into right field from Nolan Jones. The big hit for the RubberDucks would come in the bottom of the fifth inning when the Ducks would mount a two-out rally with a Logan Ice single to right field and back-to-back walks by Ernie Clement and Nolan Jones to load the bases. Trenton Brooks would clear the bases, however, by roping a 1-1 fastball into the right-center field gap, bringing in three runs and giving Akron the 4-1 lead.

With three runs batted in tonight right fielder Trenton Brooks now has 16 RBI over the past 16 games, and now totaling ten extra-base hits over that span … Ernie Clement, having reached safely with two singles, has now posted 21 multi-hit games in the 2019 campaign, elevating his batting average to .289 and his OBP to .340 … Nolan Jones, in just his ninth game at the double-A level, collected his fifth RBI tonight and has now batted .294 with a .385 OBP sincee his promotion to Akron  … Time of Game: 2:31… Attendance: 5,807

The RubberDucks now continue their homestand Saturday night at 7:05 p.m., facing off again with the Rumble Ponies. The game will be broadcast on Fox Sports 1350 AM, the WARF iHeart channel, and the TuneIn Radio App. RHP Chih-Wei Hu (0-0, 3.38) will take the ball for the RubberDucks against RHP Kevin Smith (FSL: 5-5, 3.05) of Binghamton.