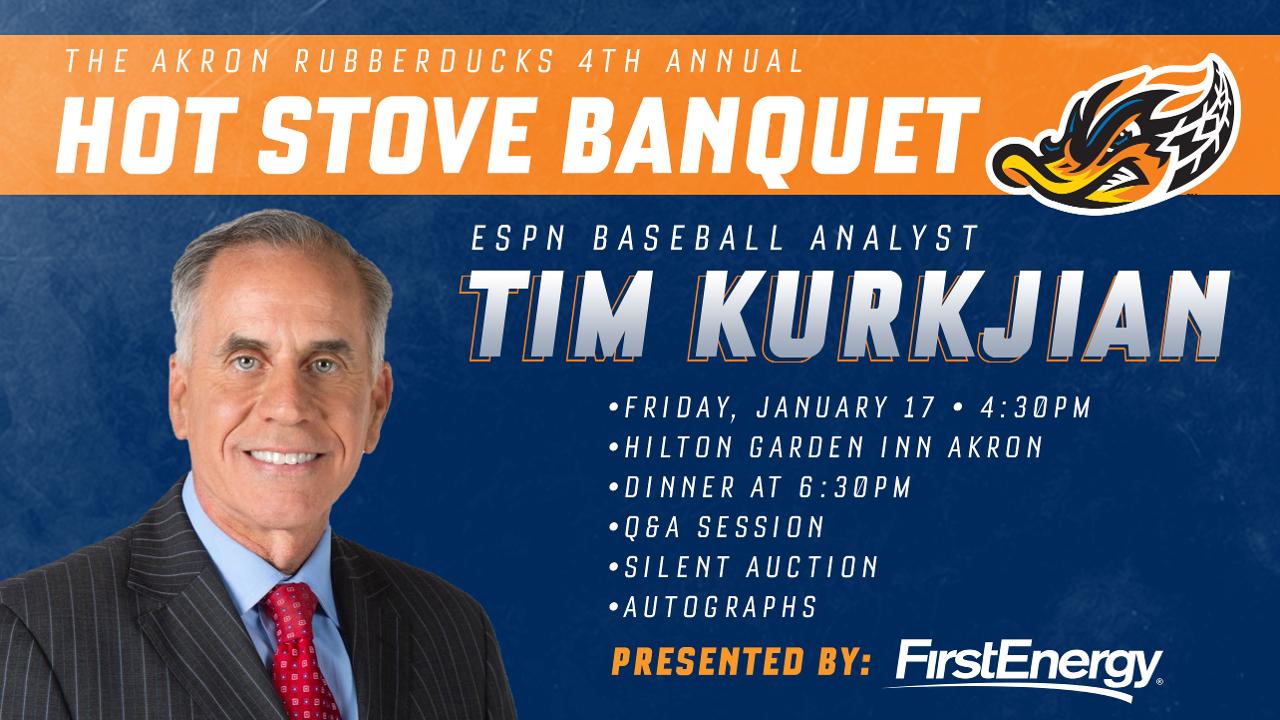 The Akron RubberDucks announced today ESPN Baseball Analyst Tim Kurkjian will headline the 2020 RubberDucks Hot Stove Banquet presented by FirstEnergy on Fri., Jan. 17 at the Hilton Garden Inn in Akron. The annual event will start at 4:30 p.m. and feature an evening of talking baseball.
View More 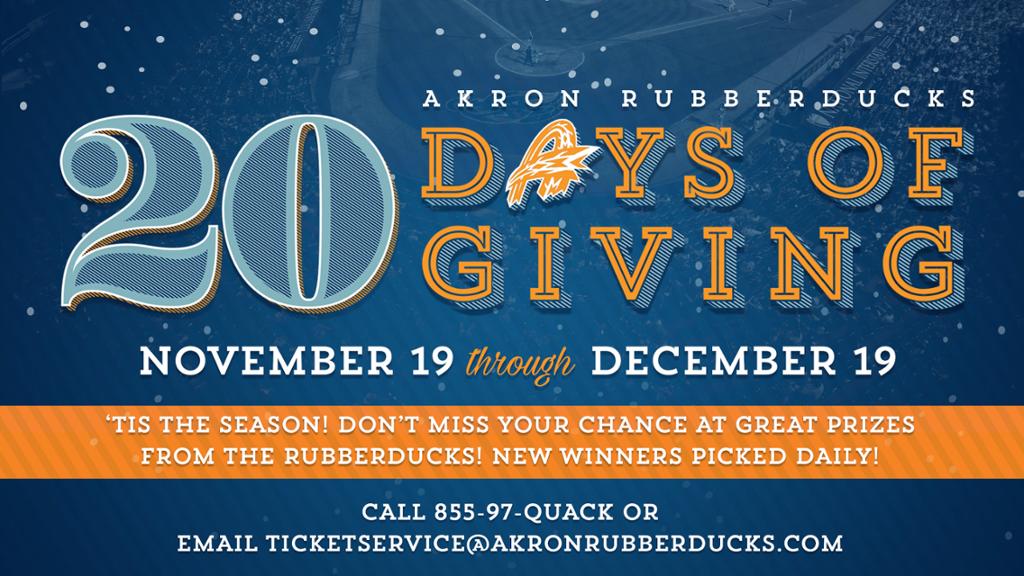 The Akron RubberDucks' annual "20 Days of Giving," begins Tuesday, Nov. 19. The "20 Days of Giving" promotion offers a variety of unique, experience-based prizes which are only available during this once-a-year promotion.
View More 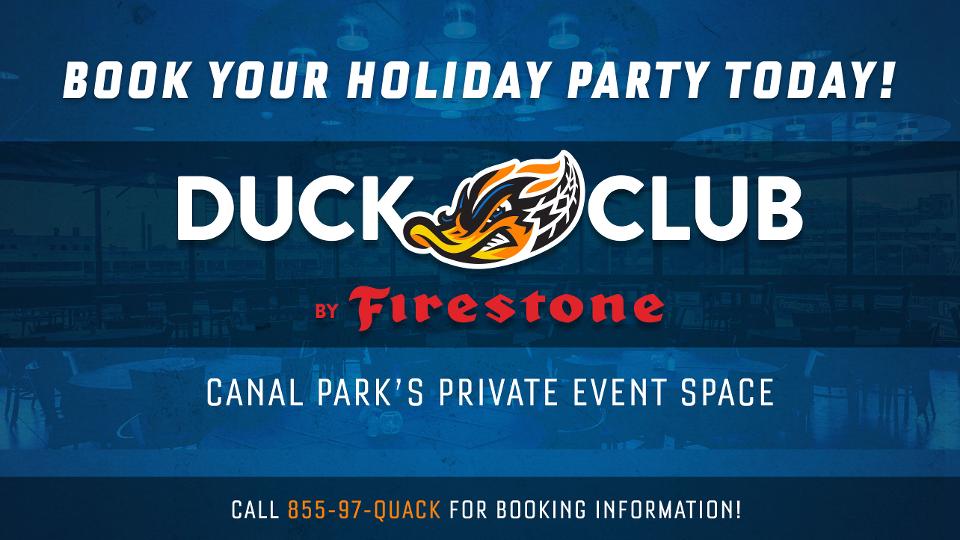 As baseball season concludes, Canal Park's premier event space is ready for the holiday season on the horizon. Groups, organizations and businesses are booking their holiday season events in the Duck Club by Firestone at Canal Park.
View More 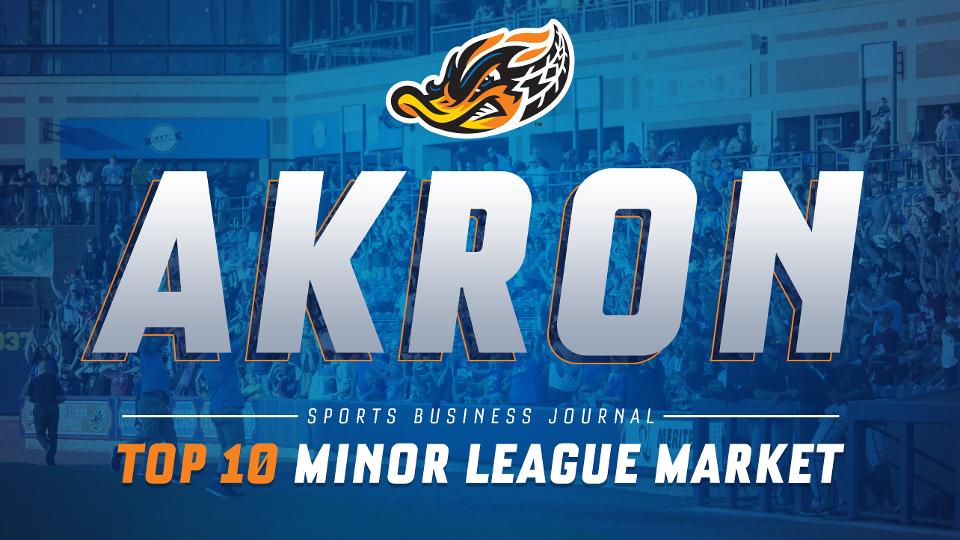 Sports Business Journal ranks Akron as the No. 10 minor league market in its 2019 survey of more than 200 markets nationwide.

As Canal Park has become the home for Affordable. Family. Fun. in Northeast Ohio, the community's support and partnership with the Akron RubberDucks is gaining national recognition. Sports Business Journal ranked Akron as the No. 10 minor league market in the nation in its biennial survey of more than 200 markets.
View More 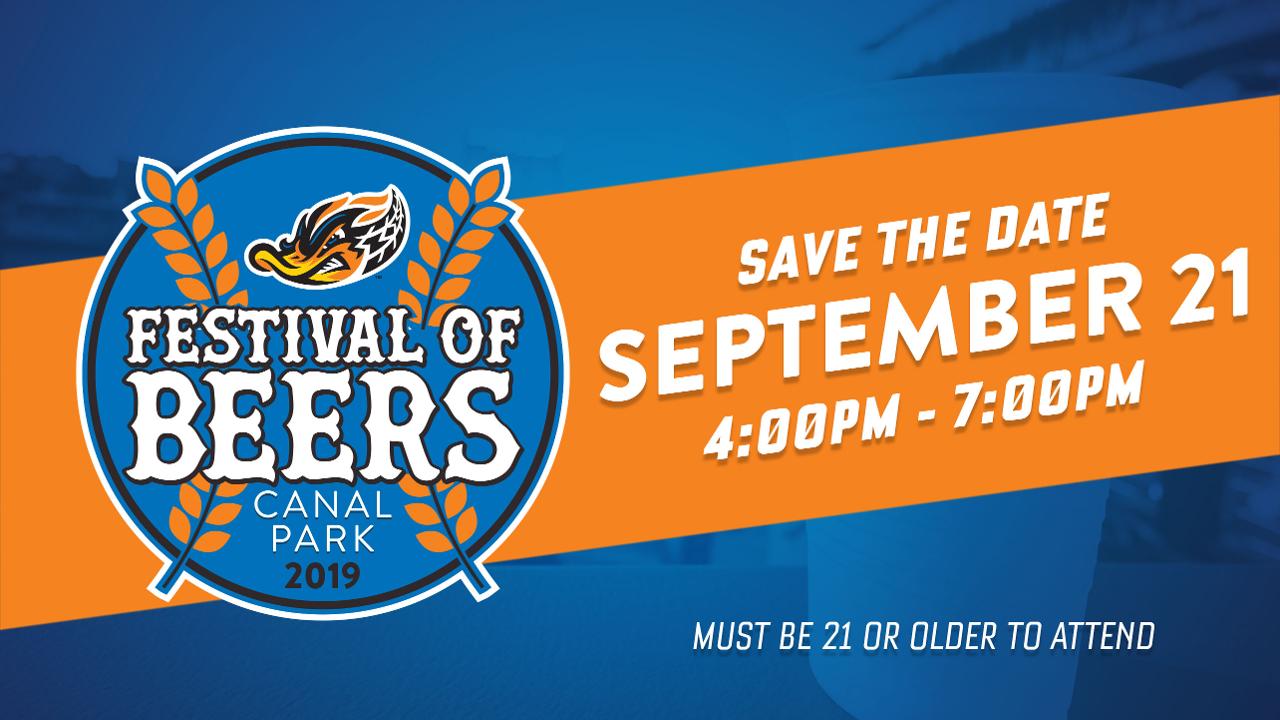 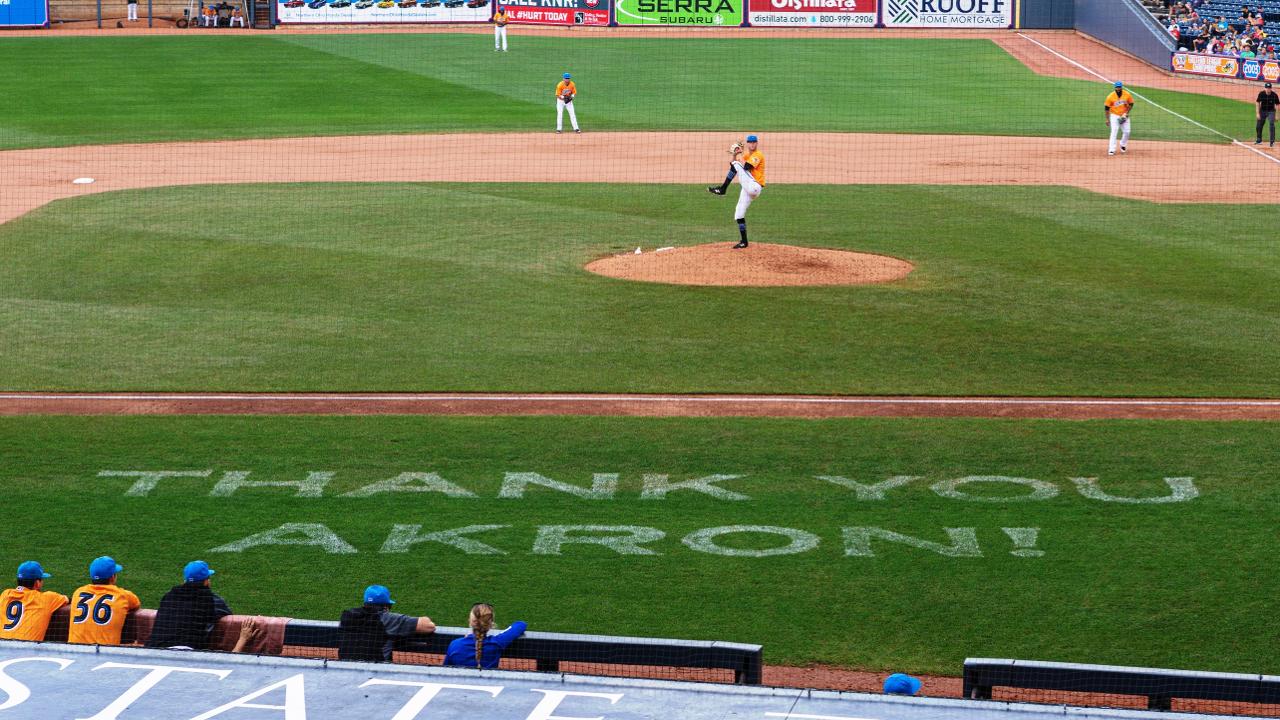 The RubberDucks want to thank its amazing fans for an unbelievable 2019 season! (David Monseur)

Four Erie runs in the top of the sixth snapped a scoreless tie and helped the SeaWolves defeat the Akron RubberDucks, 4-0 in the 2019 season finale Monday at Canal Park. 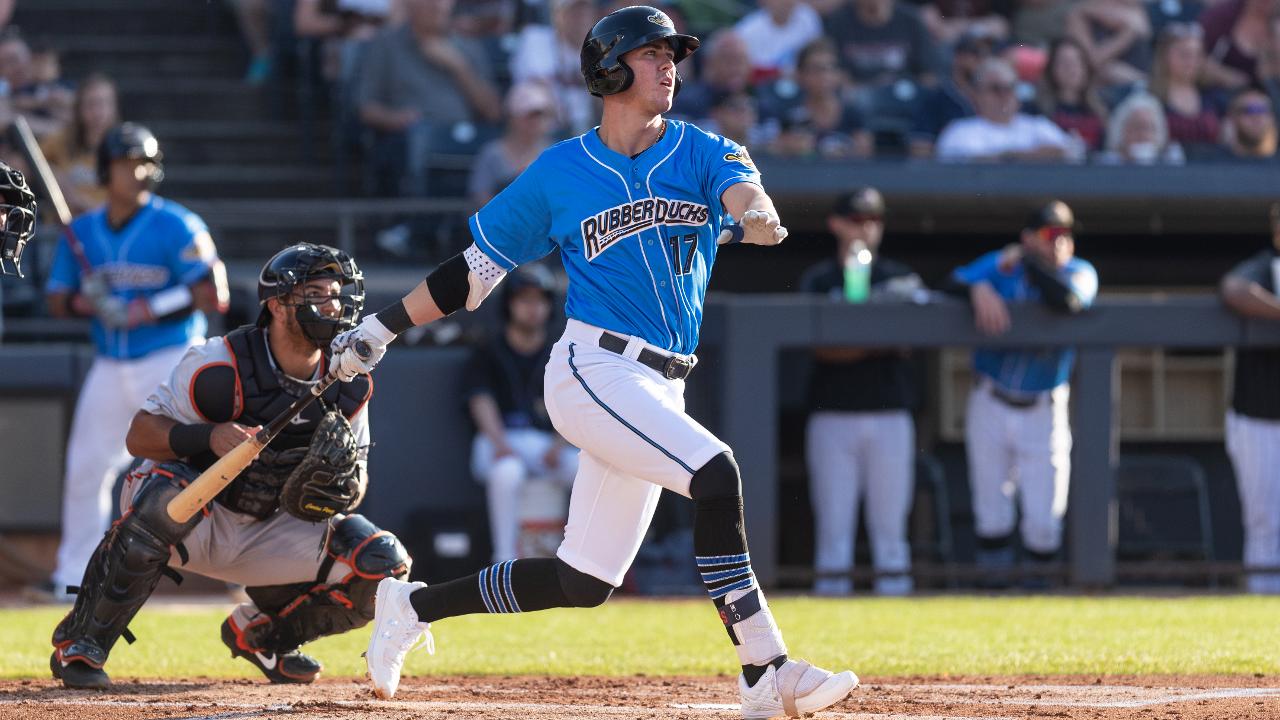 Nolan Jones hit a home run in the fifth inning of the RubberDucks' 5-1 win over the Erie SeaWolves Sunday night at Canal Park. (David Monseur)

The Akron RubberDucks dashed the playoff hopes of the Erie SeaWolves behind a solid outing from Kyle Dowdy and two home runs to win 5-1 Sunday night at Canal Park. 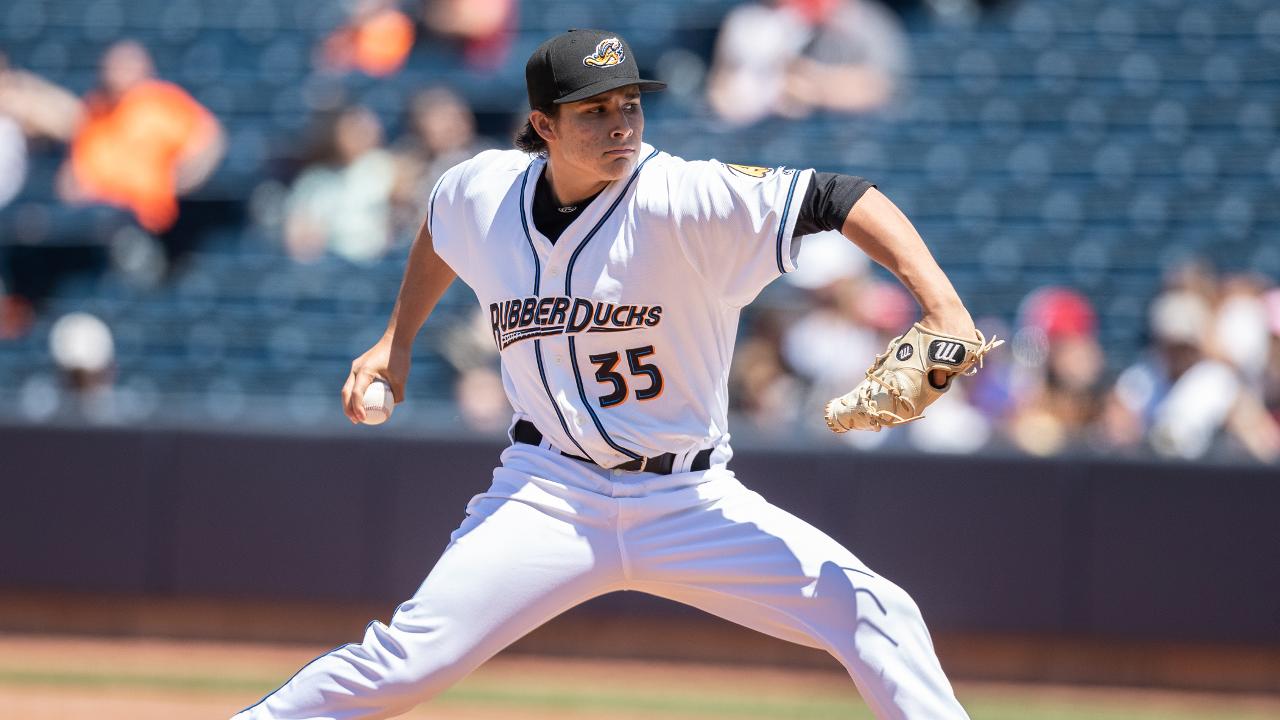 All-Star Eli Morgan pitched six innings for the RubberDucks and only allowed one run on five hits, but got the no-decision in Saturday's 4-1 loss to Erie. (David Monseur)

The Akron RubberDucks dropped their sixth straight game in a row, this time by a score of 4-1 to the Erie SeaWolves, which squandered a quality start from Eli Morgan Saturday night at Canal Park. 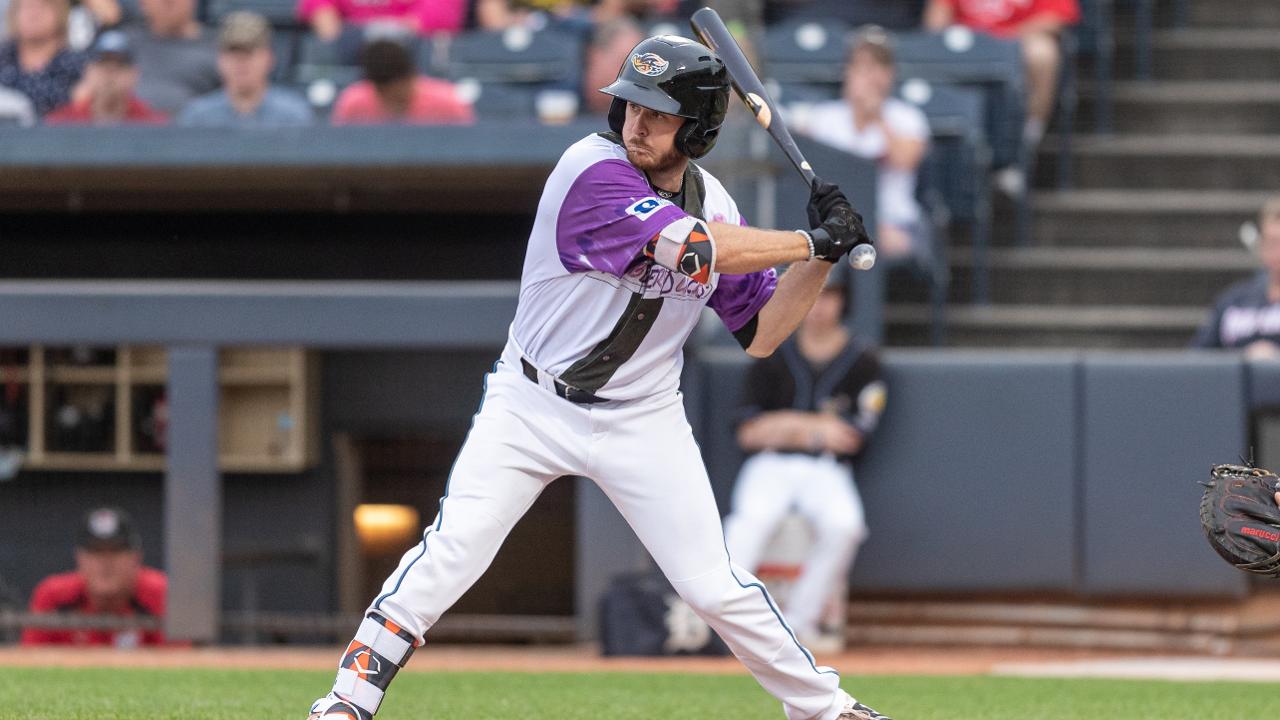 Akron's Trenton Brooks put the Ducks up 2-1 in the fourth inning with a two-run home run in Friday's 3-2 loss to Erie. (David Monseur)

In the top of the ninth trailing 2-1, the Erie SeaWolves got a two-out, run-scoring double by Kody Eaves followed by a RBI single by Cam Gibson to rally for a 3-2 win over the Akron RubberDucks on Friday night at Canal Park. 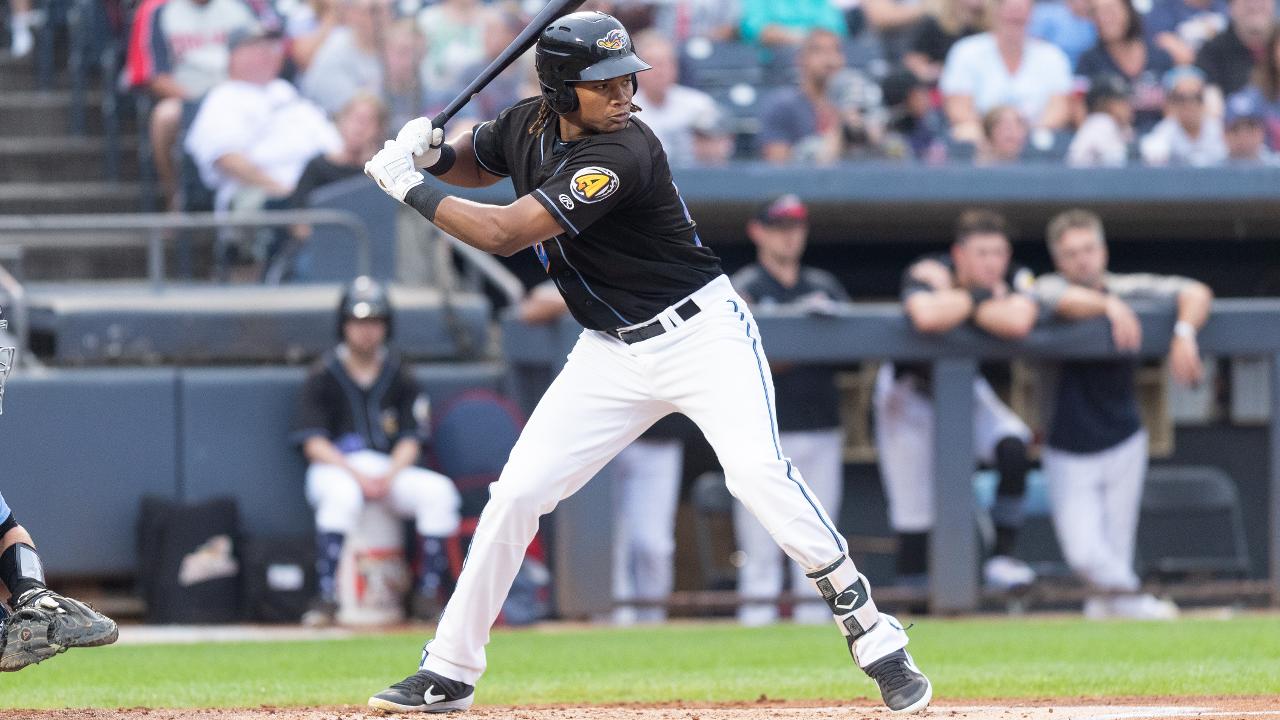 Oscar Gonzalez drove home the only two runs for the RubberDucks with a two run single in the ninth inning, Thursday night at ALtoona (David Monseur)

The Akron RubberDucks fell just short in their final road game of the season, losing 3-2 to the Altoona Curve on Thursday night at Peoples Natural Gas Field despite a very solid start from pitcher Sam Hentges.