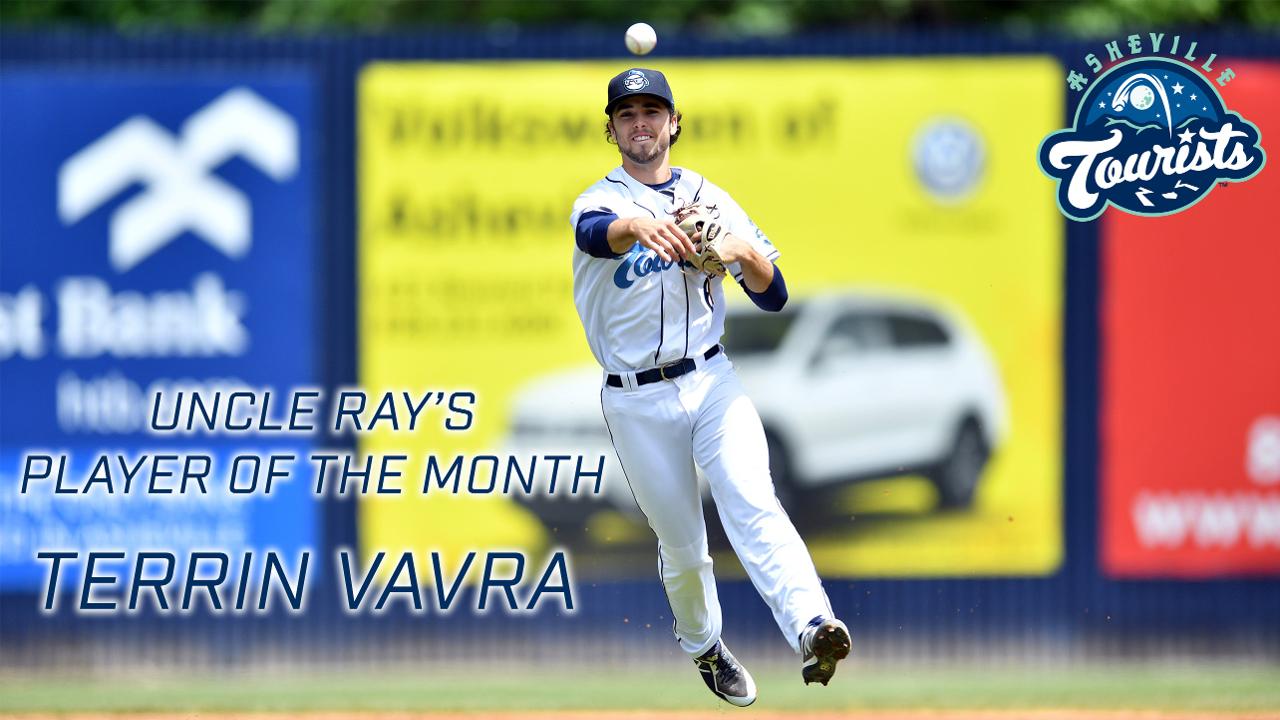 ASHEVILLE- Minor League Baseball announced the Uncle Ray's June Players of the Month earlier today and the South Atlantic League's honoree is Asheville Tourists Shortstop Terrin Vavra . Terrin is the first Tourists to win the award since Tyler Nevin was named the SAL Player of the Month in August of 2017. Jesus Tinoco also won the award with Asheville in August of 2015.

Vavra led the South Atlantic League in batting average (.350), was second in OPS (.957) and third on-base percentage (.444). His 15 walks outnumbered his 12 strikeouts, and his 17 runs scored were good for fourth-best in the league. Vavra reached base safely in 21 of 22 June contests and he hit safely in 18 games. Vavra, 22, was selected by Colorado in the third round of the 2018 First-Year Player Draft out of the University of Minnesota.

Terrin currently ranks tied for second in the league in overall batting average (.325), first in runs scored (55), second in hits (88), tied for first in doubles (24), and second in on-base percentage (.411). The Tourists infielder has reached base safely in his last 17 games played.

Vavra's biggest game in June came on June 20 versus Columbia. Terrin went 4-for-7 with two Home Runs, a double, six RBI, and three runs scored. It was Vavra's second game this season with six runs batted in.

Detroit-based Uncle Ray's began in 1965 out of the backseat of a car and has since grown to be a leading producer of potato chips and snacks with an offering of many flavors at a terrific price point. Vavra's Uncle Rays flavor of choice is Jalapeno.