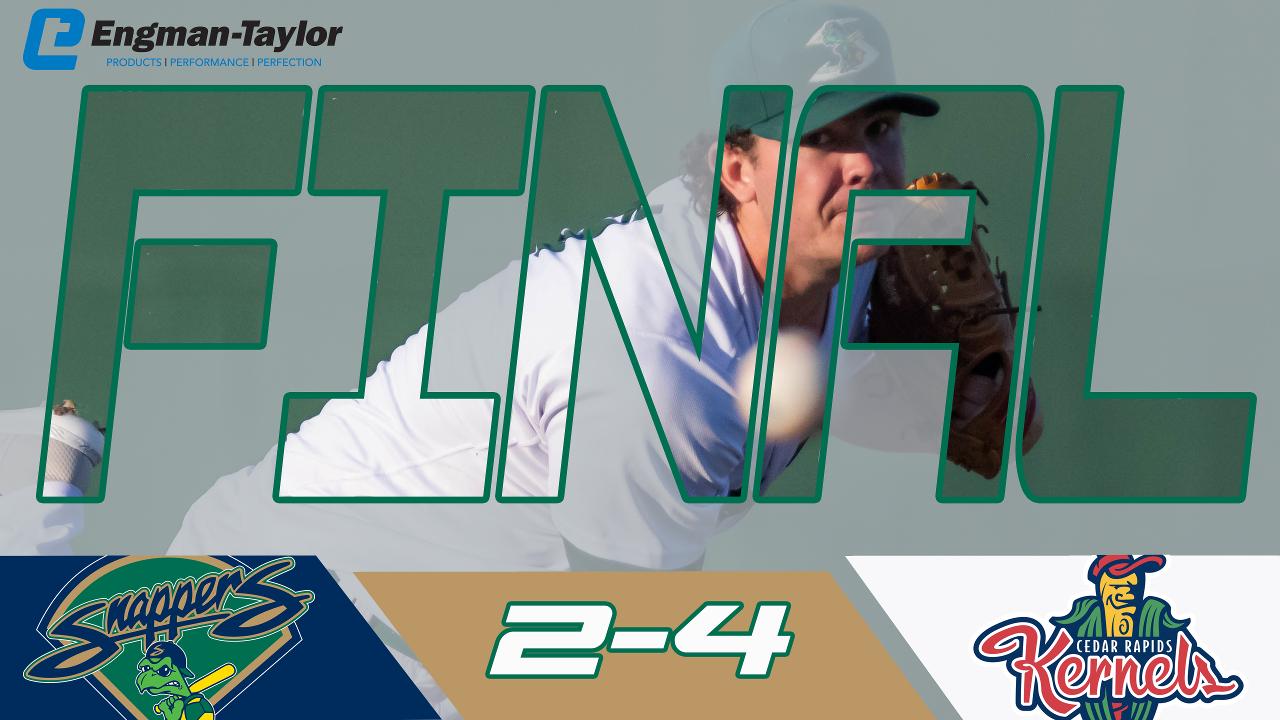 CEDAR RAPIDS, IA - The Snappers started the game out hot, but could not sustain causing Beloit to fall to Cedar Rapids 4-2. The loss earns Cedar Rapids the series win and is only the second series in the last 6 that Beloit had dropped in this impressive run.

The Snappers would get the scoring started in the ballgame landing a 2-spot on the board in the second, this time courtesy of a couple of laser beams to left field.

In the inning, Skyler Weber would lead it off with a double for the Snappers first hit of the game with no outs. Moments later, Lester Madden would step up to the plate and promptly deposit the baseball over the left field wall to give the Snappers the early 2-0 advantage.

The homer was Madden's second home run of the year, but unfortunately, it was not enough as the Snappers were unable to hold the Kernels off the scoreboard.

Cedar Rapids would score 2 runs in the fourth inning to even the game up at 2, but it was a self-inflicted wound for Beloit because of an error. Then, the Kernels would tack on a run in each the fifth and sixth inning to take the lead and eventually the game 4-2.

Aiden McIntyre got the start for Beloit and had a quick outing earning the no decision. McIntyre's day would end after 2.2 innings with 0 earned runs given up on 2 hits and 4 strikeouts.

Beloit will look to salvage a game in the series tomorrow when they take on the Kernels in the final contest before the off day on Tuesday. Beloit will then head to Quad Cities for a 3-game series before returning home on Saturday for Fireworks and a T-Shirt Giveaway.