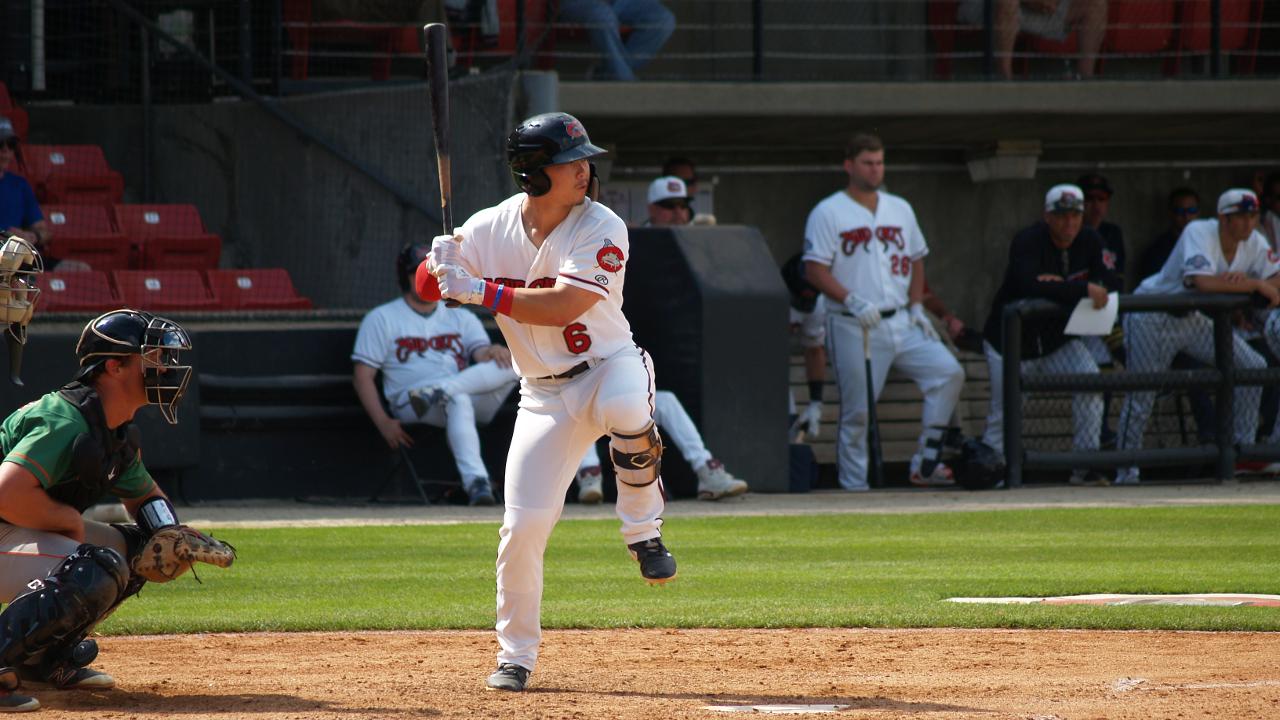 Keston Hiura, the Milwaukee Brewers first-round draft pick from 2017, has been added to the Biloxi Shuckers roster, the Brewers announced on Friday. Hiura is in the lineup for Biloxi and will bat third in the team's game against the Mississippi Braves.

Rated as the number one prospect in the Brewers organization by MLB Pipeline, Hiura joins the Shuckers after playing 50 games with the Advanced-A Carolina Mudcats, hitting .320 with 16 doubles, seven home runs and 23 RBI. The second baseman hit safely in his final seven games with Carolina and 13 of his last 14. During the month of May, Hiura hit .377 with 13 doubles, six home runs and 17 RBI. In his final game with the Mudcats on Thursday, he went 5-for-5 with two home runs, two RBI and three runs scored.

Selected with the ninth overall pick by the Milwaukee Brewers last season out of the Univeristy of California-Irvine, Hiura split time between rookie-level Arizona and Class-A Wisconsin, hitting .371 with 14 doubles, four home runs and 33 RBI in 42 games. The 2017 Big West Field Player of the Year had an outstanding career at UC Irvine, hitting .442 in 2017 with eight home runs and 42 RBI. His .442 batting average and .567 on-base percentage led the nation, and he was named a semifinalist for the 2017 Golden Spikes Award. As a sophomore, Hiura produced a 52-game on-base streak, the longest streak in the country in 2016.

As corresponding roster moves, Biloxi has placed LHP Quintin Torres-Costa on the disabled list, retroactive to May 29, along with RHP Josh Uhen.

The Shuckers continue their five-game series against the Mississippi Braves on Friday night at 6:35 PM at MGM Park. Leading the series 2-1, Biloxi sends LHP Kodi Medeiros (4-2, 4.29) to the mound against RHP Andres Santiago (3-0, 3.38). It's another Fireworks Friday presented by Margaritaville Resort Biloxi, with postgame fireworks after the game set to beach and summer music. The Shuckers will also be celebrating Schooner the Seagulls Birthday with fun throughout the night.

Single game tickets for the Biloxi Shuckers 2018 season are on sale now and can be purchased at the MGM Park box office or over the phone through Ticketmaster at (800) 745-3000. Season tickets, flex plans and group outings are also available and can be reserved by calling 228-233-3465 or visiting www.biloxishuckers.com.

The Biloxi Shuckers are the Double-A Affiliate of the Milwaukee Brewers. The Shuckers play at MGM Park in Biloxi, Mississippi. For more information please visit biloxishuckers.com and follow us on Twitter @biloxishuckers and at facebook.com/biloxishuckers.com.