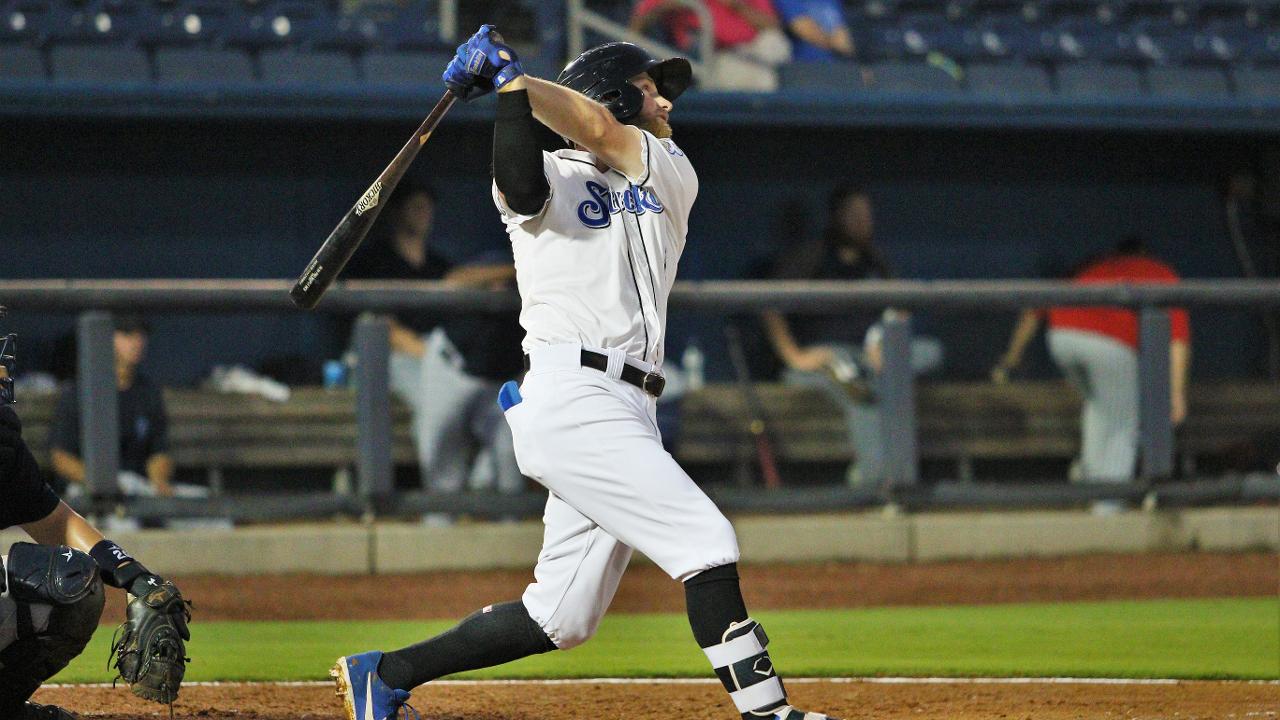 Following an off day, the Biloxi Shuckers (73-47, 32-18 2nd Half) continued their hot hitting, striking for seven runs in a 7-1 victory over the Mobile BayBears (43-74, 16-33) on Tuesday night at MGM Park. The Shuckers staff also turned in a stellar outing, striking out a season-high 18 batters.

Biloxi used a trio of extra-base hits to take the lead in the second. Dillon Thomas doubled off the right-field wall to lead off the frame and was doubled home two batters later by C.J. Hinojosa. Bruce Caldwell also reached base on a walk, and Max McDowell delivered the third two-bagger of the frame, scoring two to put the Shuckers up 3-0.

On the mound, Bowden Francis (W, 6-7) allowed just one hit, a flair single in the third, over five scoreless innings. The righty struck out 11 batters and walked three during his fifth scoreless outing of the season. It was also his fourth game where he struck out ten or more batters this season with the Shuckers.

With their starter cruising, Biloxi added on two more in the bottom of the sixth. Jake Gatewood rolled a one-out single to left off RHP Jeremy Beasley (L, 6-7), and Caldwell followed with a home run to straightaway center off the batters eye, his eighth of the year, to put Biloxi in front 5-0. Cooper Hummel also launched a home run to left in the seventh, his team-leading 17th of the season, to extend the Shuckers lead to 6-0.

Mobile's lone run came in the top of the eighth when Jahmai Jones walked, moved two bases on a pair of wild pitches and scored on a sacrifice fly from Brandon Marsh. The Shuckers responded with another run in the bottom of the eighth on an RBI single from Robie Rojas, giving Biloxi a six-run cushion again.

Seeking their eighth straight win, the Shuckers continue their five-game series with the Mobile BayBears on Wednesday night at MGM Park. Biloxi will toss LHP Cameron Roegner (5-4, 4.58) while the BayBears will turn to LHP Greg Mahle (1-2, 1.80) for a 6:35 pm first pitch. It's One Coast Wednesday as the Shuckers celebrate Hancock County Night at the ballpark. The game can be heard locally in Biloxi on Cruisin' WGCM AM 1240/100.9 FM, TuneIn Radio or the MiLB First Pitch App and can be seen on MiLB.TV. Fans can save $10 off their subscription when they use the promo code 'Shuckers' at checkout.