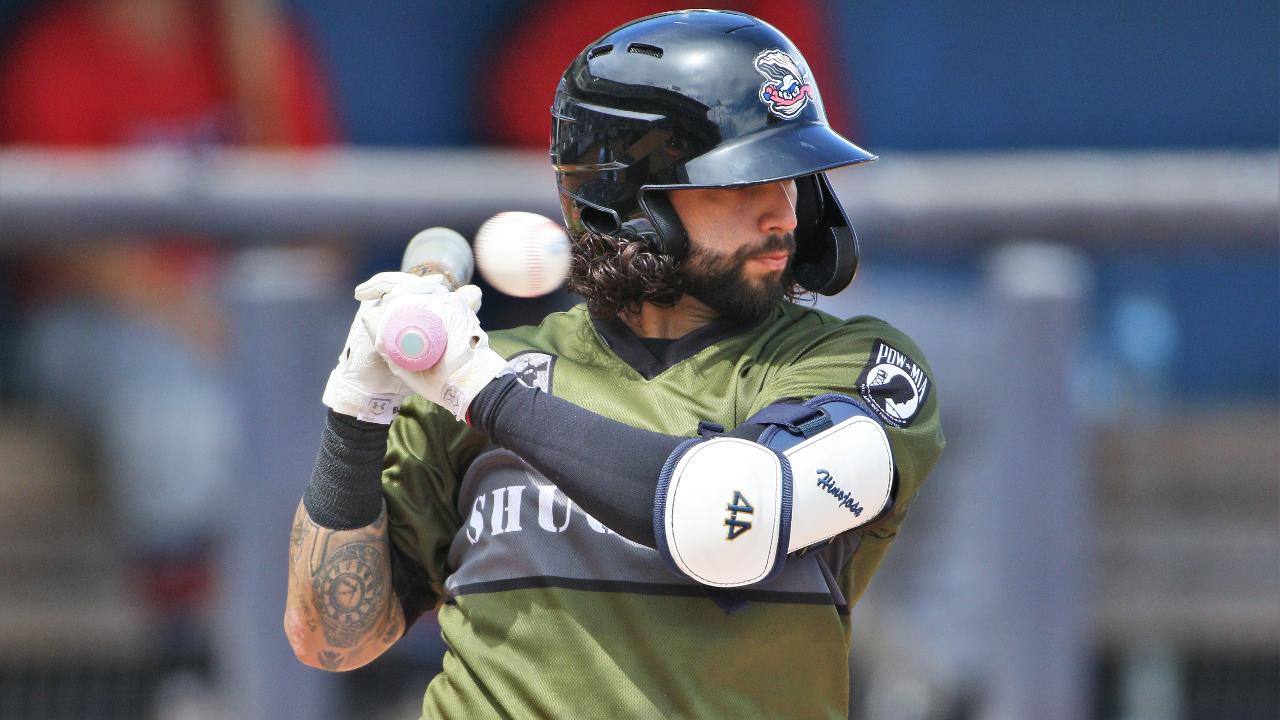 The third time against Jacksonville Jumbo Shrimp (54-59, 25-18) RHP Sixto Sanchez played out differently for the Biloxi Shuckers (66-47, 25-18), but the result was still the same as the Shuckers fell 3-1 on Sunday afternoon at MGM Park. With the loss, the Shuckers are now tied with the Jumbo Shrimp for the lead in the second half South Division standings.

Biloxi managed baserunners against Sanchez (W, 8-4) in each of the first two innings. Clayton Andrews led off the first with a single but was left stranded as the Jumbo Shrimp righty retired the next three batters in order. Bruce Caldwell then worked a lead-off walk in the second and C.J. Hinojosa followed with a single, putting a man in scoring position with no one out. Ryan Aguilar made hard contact on a lineout to center, and Sanchez induced a flyout and a groundout to leave both runners on base.

RHP Alec Bettinger (L, 5-7) came out firing in the first three innings, striking out six of the first seven batters he faced. The Jumbo Shrimp tagged the Shuckers righty for a run in the top of the fourth when Riley Mahan flaired a single down the left-field line, driving in Lewin Diaz from second to put Jacksonville up 1-0. Jazz Chisholm added to the Jumbo Shrimp lead in the sixth with a homer to left, his second with Jacksonville and 20th of the season in the Southern League, to put the Jumbo Shrimp in front 2-0.

In the home half of the sixth, Dillon Thomas drew a two-out walk against Sanchez. Weston Wilson worked a 2-1 count and cranked a ball to left that rattled off the top of the wall, missing a game-tying homer by a few feet, but putting two men in scoring position. Caldwell stepped to the dish but was retired by Sanchez on a strikeout.

The Jumbo Shrimp added a run in the top of the seventh on a double from Santiago Chavez. Bettinger still completed seven innings for the sixth time this season, allowing three runs on eight hits while not walking a batter and striking out eight.

The Shucker cracked the board in the bottom of the seventh inning. Aguilar reached on a walk from RHP Josh Roeder (H, 1) and Max McDowell slashed a double to the right-field gap, driving in Aguilar from first to bring Biloxi within two at 3-1. Roeder got a strikeout of pinch-hitter Jake Gatewood and was replaced by RHP Alex Mateo (H, 4), who retired all four batters he faced in order. RHP Tommy Eveld (S, 4) came on for Jacksonville in the ninth and retired the side in order, striking out two to seal the win.

LHP Brent Suter pitched the eighth for Biloxi, his first appearance with the Shuckers since August 2, 2015. Assigned to Biloxi on Major League rehab, the lefty needed just 12 pitches to retire three batters, striking out a pair in the process.

Biloxi concludes their five-game series against the Jumbo Shrimp on Monday night at 6:35 pm. Biloxi is scheduled to send RHP Dylan File (7-1, 2.79) to the hill opposite Jacksonville RHP Kolton Mahoney (4-1, 2.63). The game can be heard locally in Biloxi on Cruisin' WGCM AM 1240/100.9 FM, TuneIn Radio or the MiLB First Pitch App and can be seen on MiLB.TV. Fans can save $10 off their subscription when they use the promo code 'Shuckers' at checkout.

It's Barks & Brews Monday presented by Raising Cane's and F.E.B. Distributing. Receive $3 craft beer refills with the purchase of a Shuckers Monday Mug (20 oz.), which includes your first beer, for just $10 at the Buena Vista Beer Garden. Taps include Lazy Magnolia, Biloxi Brewing, Parish Brewing and more. Dogs are not just welcome, they're encouraged on Mondays. Purchase a $7 berm ticket to take in the game with your pup. Arrive early to participate in our pregame dog parade on the warning track. Fans will also receive a coupon to the Harrah's buffet as they leave the ballpark. Gates open at 5:30 pm for a 6:35 pm first pitch.

Flex Plans and Group Outings for the 2019 Biloxi Shuckers season are on sale and are available for purchase by calling 228-233-3465, online at biloxishuckers.com or by visiting the MGM Park front office. With the 2020 Southern League schedule announced, Shuck Nation Memberships for the 2020 season are also available by visiting the Biloxi Shuckers front office. The Biloxi Shuckers will host Game 1 and Game 2 of the South Division Championship Series on September 4 & 5 at MGM Park. Tickets for all six potential playoff games at MGM Park are on sale now.