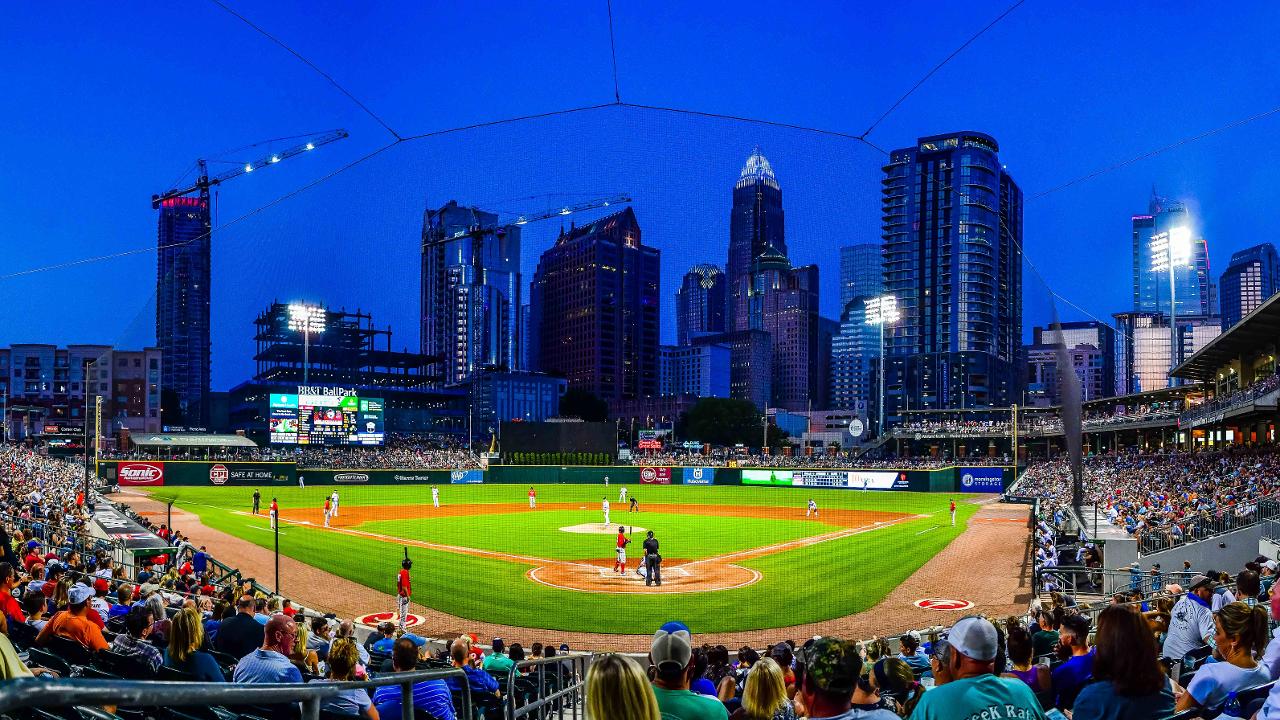 The Knights have welcomed over 3.8 million fans through the gates in six seasons. (Laura Wolff/Charlotte Knights)

(UPTOWN CHARLOTTE) -- The Charlotte Knights are pleased to announce that the team has been selected as the International League's nominee for the John H. Johnson President's Award. One team from each of the 14 leagues in Minor League Baseball is nominated each year. The winning team will receive Minor League Baseball's top honor at Major League Baseball's Winter Meetings Banquet on Sunday, December 8 in San Diego, CA.

"We are truly honored to be selected as the International League's nominee in 2019," stated Charlotte Knights Chief Operating Officer, Dan Rajkowski. "This honor is a reflection of continued support from owner Don Beaver and an outstanding staff that we've had since moving to Uptown Charlotte in 2014."

"Under the primary ownership of Don Beaver and the leadership of Dan Rajkowski, the Charlotte Knights have been model citizens in the International League and Minor League Baseball for years," stated International League President, Randy Mobley. "It was not until the franchise relocated to Uptown Charlotte in 2014 and since having attracted over 3.8 million fans to BB&T Ballpark that the commitment and dedication of those operating the Knights has been noticed by the masses. This franchise is a 'model citizen' in the community, league and industry and embodies all that is good within Minor League Baseball."

BB&T Ballpark, the home of the Charlotte Knights, opened on April 11, 2014 in Uptown Charlotte, NC. The team recently wrapped up its sixth season in the Queen City and has led all of Minor League Baseball in attendance in four of those six seasons. Overall, the Knights have welcomed over 3.8 million fans through the gates since returning home to Charlotte after 25 seasons in Fort Mill, SC from 1989 to 2013. The Knights have averaged 9,125 fans per game over their six seasons at BB&T Ballpark with 145 sell-out crowds.