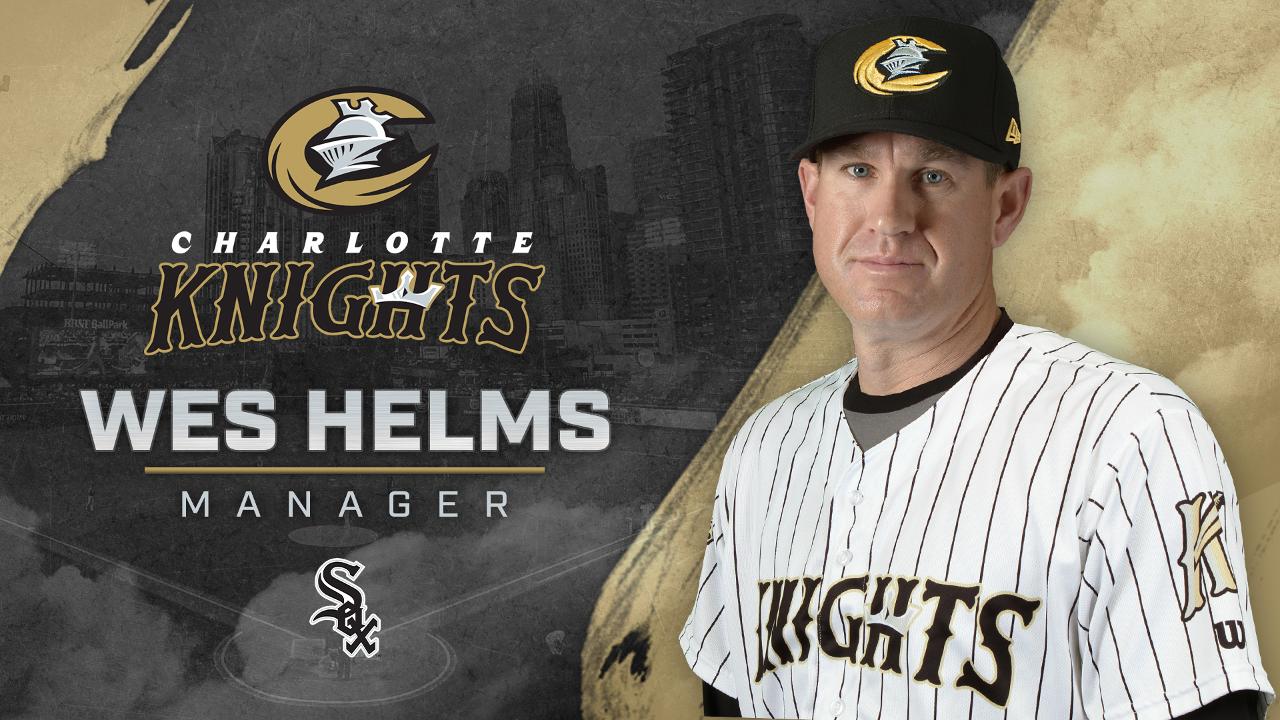 (UPTOWN CHARLOTTE, NC) -- Former major leaguer, Wes Helms, a native of Gastonia, NC, has been named the new manager of the Charlotte Knights for the 2020 season.

Helms, the 22nd manager in franchise history, replaces Mark Grudzielanek, who managed the Knights for the past three seasons (2017-19). Last season, Grudzielanek became just the third manager in franchise history to accumulate 200 wins with the Knights. Grudzielanek, along with Steve McCatty (pitching coach), Frank Menechino (hitting coach), Guillermo Quiroz (assistant coach), and Josh Fallin (head athletic trainer) will not return to the Knights in 2020. The only returnee from last season's coaching staff will be Shawn Powell (performance coach).

The 2020 season will mark the second overall campaign for Helms in the Chicago White Sox organization. He spent the 2019 season as a coach with the Double-A Birmingham Barons. Before that, he spent the 2018 season with the Triple-A Lehigh Valley IronPigs (Phillies organization) as their bench coach.

Clark, a native of San Diego, CA, enters his first season with the Knights and first overall with in the White Sox system. Clark, 45, spent the past two seasons as assistant hitting coach with the Baltimore Orioles. As a player, Clark was originally drafted by the Orioles in the 27th round of the 1992 MLB Amateur Draft. He spent parts of six seasons in the majors with the Orioles (2002 & 2006), Toronto Blue Jays (2003-04, & 2007), and Minnesota Twins (2008).

Daniel, a product of South Mecklenburg High School in Charlotte, enters his first season with the Knights and first overall in Chicago's system. Originally drafted by the Washington Nationals in the seventh round of the 2005 MLB Amateur Draft from the University of North Carolina (Chapel Hill), Daniel, 35, spent seven seasons in the minors (2005-2011).