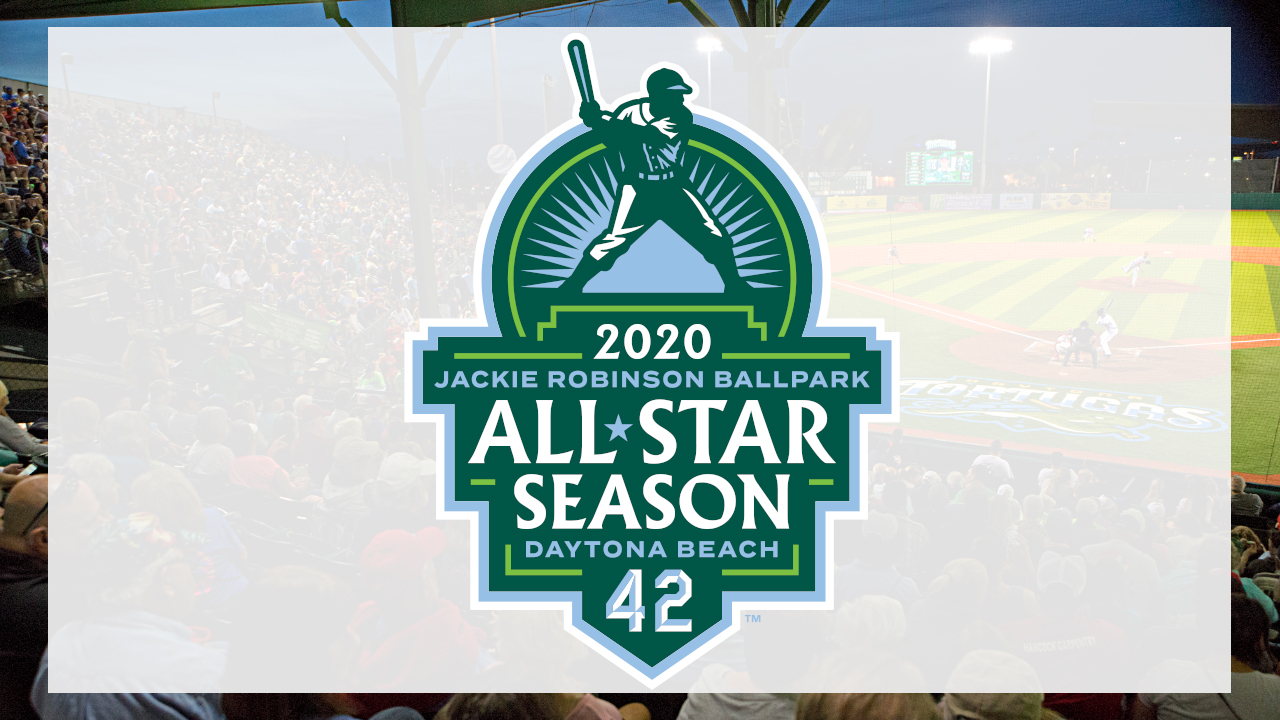 DAYTONA BEACH, Fla. - The Daytona Tortugas - in conjunction with the Florida State League - announced on Wednesday afternoon that, as a part of the organization's All-Star season, they will host the 2020 FSL All-Star Game at Jackie Robinson Ballpark. The festivities will occur on Monday, June 22, and Tuesday, June 23, and mark the first time Daytona Beach has hosted the affair since 2007.

As a part of the All-Star season in Daytona Beach, the 'Tugas will also host the circuit's Home Run Derby, a Celebrity Softball Game, as well as a Fan Fest with games and activities for fans of all ages. The Home Run Derby, Celebrity Softball Game, and the Fan Fest will be held on Monday, while the All-Star Game - between the North and South Divisions - itself will take place on Tuesday.

"This is a marquee event for Daytona Beach to highlight our community, our team, and the best players in the Florida State League," said Tortugas president Ryan Keur. "It is a fantastic way to showcase Jackie Robinson Ballpark, embrace its history, as well as introduce some of our recent stadium improvements to the greater baseball world."

"Hosting this event is a testament to the recent investments made by the City and Tortugas' ownership, in addition to the great fans and support that we have here in Central Florida," added Keur.

Most recently, The Jack hosted the FSL's mid-summer classic in 2007. In that contest, the East Division defeated the West Division, 8-4, while Palm Beach Cardinals infielder - and future World Series champion - Allen Craig was named the event's Most Valuable Player.

The Tortugas and new manager Dick Schofield will kick-off their 2020 All-Star campaign on Thursday, April 9, against the Florida Fire Frogs, the High-A affiliate of the Atlanta Braves, at Jackie Robinson Ballpark. First pitch that evening is scheduled for 7:05 p.m. ET.

To purchase season or All-Star tickets, group packages, or for more information, please contact the Daytona Tortugas' box office at (386) 257-3172 or by visiting the team website at www.daytonatortugas.com.

ABOUT THE DAYTONA TORTUGAS
The Daytona Tortugas are the High-A Affiliate of the Cincinnati Reds and a member of the Florida State League. The Tortugas play at Jackie Robinson Ballpark in downtown Daytona Beach, Fla. Jackie Robinson Ballpark also plays host to Bethune-Cookman University, the Beijing Shougang Eagles of National Pro Fastpitch (NPF) and many large community events and initiatives throughout the season.