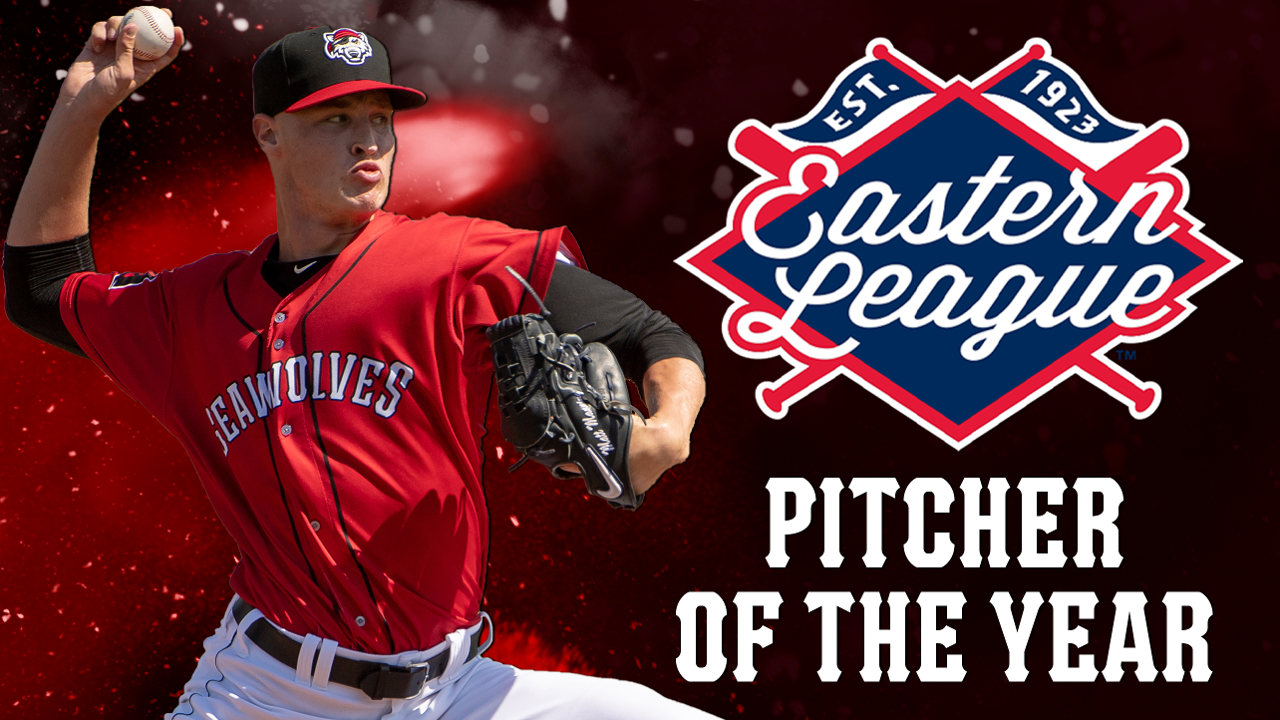 The Erie SeaWolves, Double-A Affiliate of the Detroit Tigers, are pleased to announce that RHP Matt Manning has been named the Eastern League Pitcher of the Year. He joins Michael Fulmer (2015) as the only other SeaWolves pitcher to win the award. Manning, along with Eastern League Rookie of the Year Jose Azocar, will be presented with his award prior to the SeaWolves last home game on Thursday, August 29.

Manning has put together a record of 11-5 with 148 strikeouts and a 2.56 ERA in 24 starts for the SeaWolves this season. He gave up three earned runs or fewer in 22 of his 24 starts for the SeaWolves this season. That included 11 starts in which he allowed one run or fewer and five starts in which he did not surrender any runs. He also struck out at least nine batters in seven of his starts this season. The 21-year old currently leads all Eastern League pitchers in strikeouts (148) and WHIP (0.98). He is also ranked among the league leaders in ERA (2.56-2nd), batting average against (.192-2nd), wins (11-tied 2nd), winning percentage (.690-tied 2nd), games started (24-tied 5th), and innings pitched (133.2-6th).

Matt, who is currently rated by MLB.com as the second best prospect in the Detroit organization and the 27th best prospect in all of Minor League Baseball, was selected by the Detroit Tigers with the ninth overall pick in the first round of the 2016 draft out of Sheldon High School in Sacramento, California.

Bowie Baysox left-hander Zac Lowther finished second in the voting for the award, and Portland Sea Dogs left-hander Daniel McGrath finished in third place. This award was voted on by Eastern League managers, broadcasters, and members of the media.