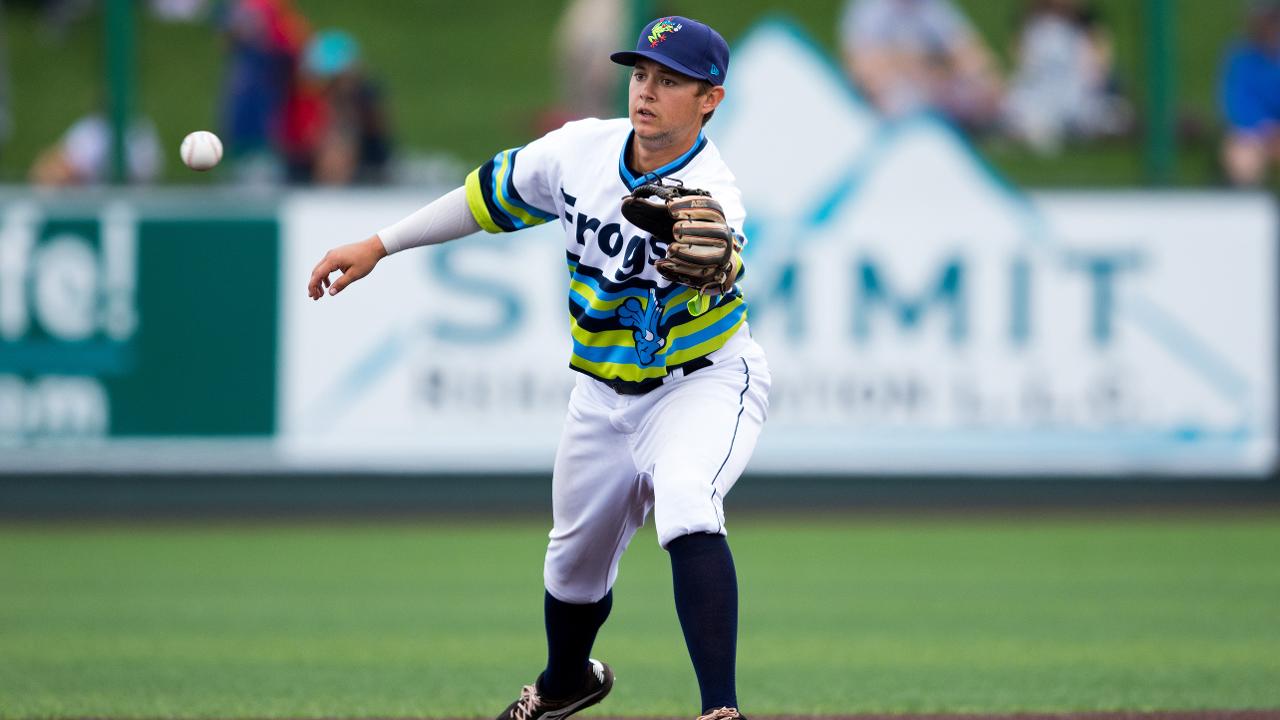 SPOKANE, Wash. - The Spokane Indians broke a 4-4 tie scoring twice in the bottom of the eighth inning to down the Everett AquaSox, 6-4, before a crowd of 6,471 at Avista Stadium on Wednesday night.

In the bottom of the eighth inning, Spokane had the bases loaded with two outs. Cristian Inoa hit a ground ball to third baseman Connor Hoover. While attempting to field the ball, Hoover was knocked down by baserunner David Garcia, which allowed two runs to score. After a lengthy argument that led to the ejection of AquaSox manager Louis Boyd, base umpire Guillermo Rodriguez surprisingly ruled that Hoover was not interfered with and the play stood.

The AquaSox took a 3-0 lead in the first inning as Utah Jones scored on a wild pitch and Cesar Izturis Jr. came home on a groundout by Robert Perez. Connor Hoover capped the inning with a two-out RBI single that plated Trent Tingelstad.

Everett starter Damon Casetta-Stubbs picked up a no-decision. He allowed two hits and two earned runs over five innings while walking two and striking out seven.

Jones batted 2-for-5 with a run scored and an RBI.

The AquaSox loaded the bases with no outs in the ninth inning but couldn't score. Everett left 12 runners stranded.