Season Ends with the Wrong Sweep

Cubs too much to handle as Loons playoff run falls short 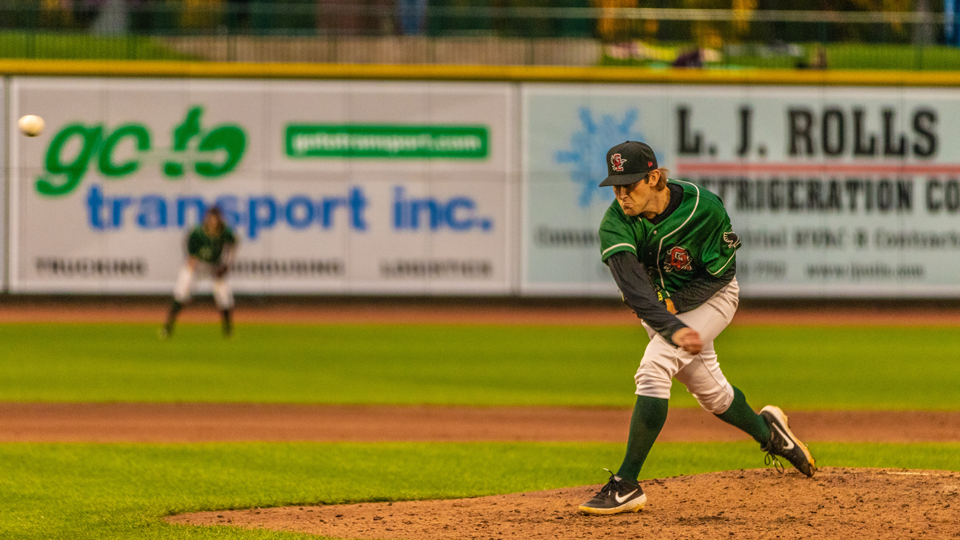 MIDLAND, Mich. -- The season has come to an end. In what proved to be too tough a hurdle to overcome, the Great Lakes Loons fell to the South Bend Cubs on Sunday night 7-3 and were swept out of the Midwest League Playoffs. It was the seventh playoff appearance and fourth Eastern Division Finals appearance for the Loons.

It wasn't for the lack of trying. Great Lakes pieced together 11 hits as a team, but succumbed to the relentlessness of the Cubs offense. South Bend scored a run in both the 1st and 2nd innings, followed by two more runs in both the 4th and 5th to build a 6-1 lead.

The power that many had come to expect from the Loons all season just wasn't there on a blustery, chilly evening. James Outman had the lone extra-base hit, a triple to highlight his 2-for-5 game. Leonel Valera, Romer Cuadrado and Michael Busch each had two-hit games for the Loons.

Great Lakes threw everything they had South Bend using five pitchers on the last night of the season. Kevin Malisheski (L, 0-1) was saddled with the loss allowing one run on two hits to start the game. The combination of Justin Bruihl, Justin Hagenman, Edward Cuello and Jeff Belge finished out the game.

Although 2019 won't end with a champagne-filled party, there's still a lot to celebrate about this team when you take a look at the numbers.

•   For the second time in franchise history, the Loons finished with the best overall record in the Midwest League by going 81-55 during the regular season.

•   The Loons finished the regular season with 712 runs, 71 more than any other team in the MWL, falling seven shy of breaking the franchise record. It was the second-largest margin between the highest scoring and second-highest scoring team in the league since 1985.

•   Among non-AAA teams, Great Lakes was the third-highest scoring team in the minors this year.

•   The Loons had one of their most successful first halves in franchise history. The team accomplishments included: highest first-half win percentage (.642), most runs scored in the first half (375), highest OBP of any half (.355) and most walks of any half (340).

•   12 Loons earned a promotion to Advanced-A Rancho Cucamonga this season.

The Loons now head into the offseason with a 15-18 all-time record in postseason play with a 9-7 mark at home and 6-11 on the road.

Looking ahead, 2020 season ticket packages are one sale right now with new benefits and membership levels. The Loons will spend the first week of next season on the road before their home opener at Dow Diamond on Thursday, April 16, 2020.