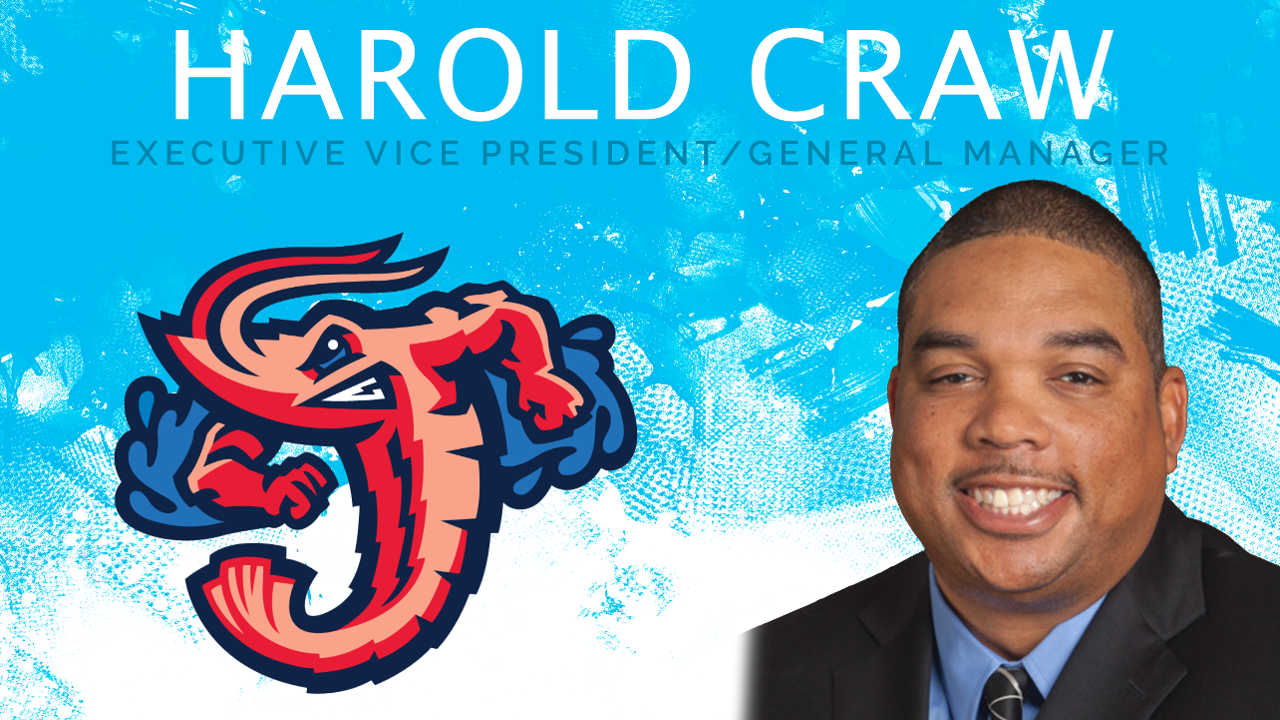 Craw has led the Jacksonville club since September 2015, when the Fast Forward Sports Group officially took over the franchise. He was voted the 2017 Southern League Jimmy Bragan Executive of the Year by the general managers of the league member clubs, becoming the first African-American to win Executive of the Year for any league in Minor League Baseball.

After helping the franchise draw nationwide attention following their Nov. 2, 2016 rebrand, Craw oversaw an incredible 23 percent increase in attendance for the inaugural Jumbo Shrimp season in 2017, the largest increase for any Double-A club. The success has continued to carry over, as the club's July 3 crowds of 11,762 in 2018 and 11,429 in 2019 are the two largest over the last 10 years at the Baseball Grounds of Jacksonville. The nine crowds over 8,600 fans over the last two seasons are the nine largest in the Southern League during that span. In addition, the Jumbo Shrimp welcomed a total attendance of 327,3888 in 2019, the best total attendance in the first three seasons of the Jumbo Shrimp.

"Under Harold's leadership, he has helped make the Jumbo Shrimp part of the fabric of the community in Jacksonville over the past five seasons," Babby said. "I am excited to continue to provide Harold, as a key member of our executive team with the club, the opportunity for career advancement within our organizational structure. Harold sets the tone in our offices and our commitment to the Jacksonville community. Harold's future remains bright as we are thrilled to continue to have a leader of his caliber at the helm of the Jumbo Shrimp."

Craw's tenure in Jacksonville has also seen the club receive several honors, including the Southern League's 2017 Don Mincher Organization of the Year and a pair of circuit Promotional Trophies in 2017 and 2019, respectively. A new ballpark menu featuring more than a dozen shrimp options at the Baseball Grounds of Jacksonville was selected to appear on the Travel Channel show "Food Paradise." The JAXSPORTS Jumbo Shrimp Neck Pillow Giveaway was named the top Minor League Baseball giveaway item by MLB.com Cut4 and Silent Movie Night in 2017 won awards as June and August's respective Minor League Baseball Promotion of the Month. The Jumbo Shrimp have also hosted free military appreciation nights in each of the last four seasons and celebrated Northeast Florida's Negro Leagues legacy with throwback Jacksonville Red Caps uniforms and a fan jersey giveaway.

Set to enter his 19th season in Minor League Baseball, Craw worked for the Johnson City Cardinals, Charleston RiverDogs, Quad Cities River Bandits and Chattanooga Lookouts prior to coming to Jacksonville. While with Charleston, he was twice recognized by the South Atlantic League as Sales Executive of the Year and also for his work in community relations. Craw has been active in volunteering in each community he has lived in, co-founding and co-chairing the Charleston RBI Baseball League and mentoring middle school youth throughout Jacksonville's Duval County Public Schools 5000 Role Models program.

UP NEXT: The Jumbo Shrimp's 2020 Home Opening Day is Wednesday, April 15 against the Biloxi Shuckers at the Baseball Grounds of Jacksonville. Season tickets, mini plans and group outings are on sale now. Visit www.jaxshrimp.com or call 904-358-2846 to secure yours today.