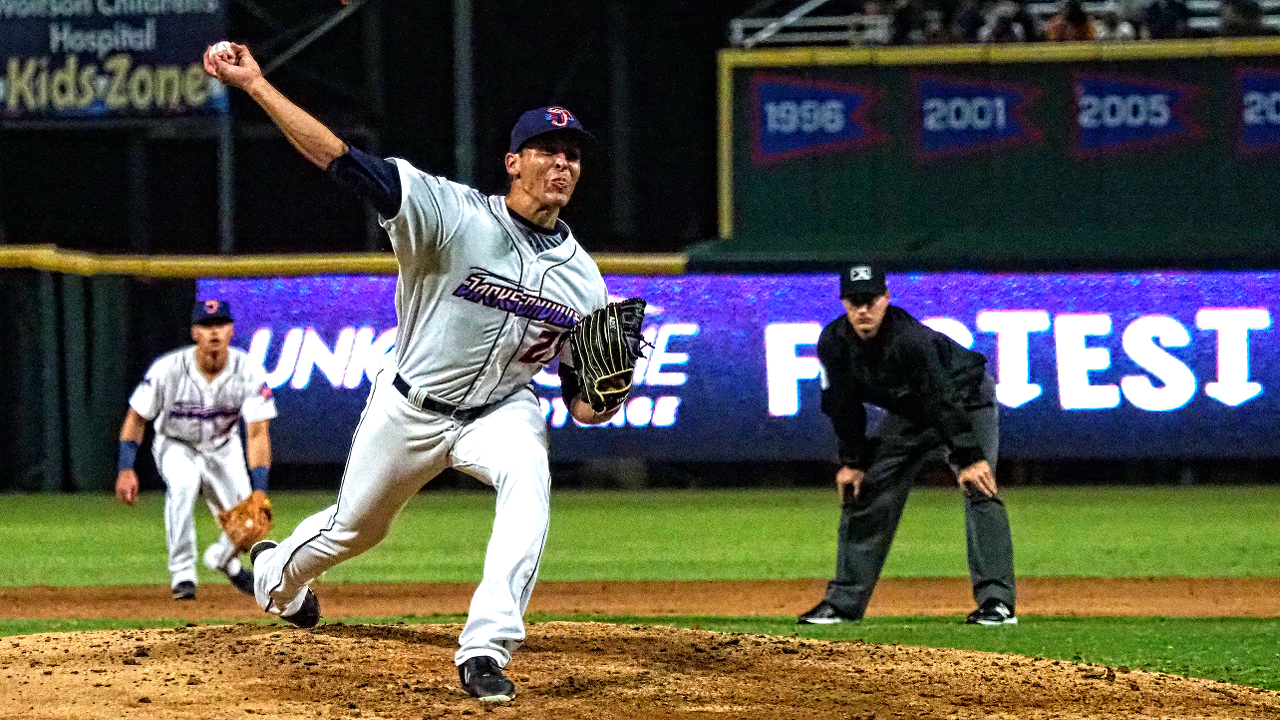 JACKSONVILLE, Fla. - The Jacksonville Jumbo Shrimp were shut out in Thursday's 2019 season opener in front of 8,630 fans at the Baseball Grounds of Jacksonville. The first 5,000 fans received a magnet schedule giveaway presented by Crawford Electric and the crowd was treated to Google Street View taking a panorama of the ballpark during the Seventh Inning Stretch, as well as a postgame fireworks show.

In a scoreless second, Drew Ellis walked against Jacksonville (0-1) starter Robert Dugger (0-1) with two outs. Ben DeLuzio then notched an RBI double to put Jackson (1-0) ahead for the game's first run.

In the third inning, Pavin Smith singled with one out before Jamie Westbrook was hit by a pitch. Daulton Varsho doubled in a run, and after a strikeout, Marcus Wilson doubled in two more to widen the lead to 4-0 for the Generals.

DeLuzio led off the eighth with a base hit before stealing second. Later in the frame, Smith collected a sacrifice fly to increase the margin to 5-0.

All fans can enjoy a NAPA AutoCare Family Fireworks show following Friday's game. Fans may visit any participating NAPA AutoCare Center to receive a FREE general admission ticket. Fans are encouraged to wear red on a Red Shirt Friday to support the military and save $1 per ticket at the box office, or donate that $1 to the Intrepid Fallen Heroes Fund. Friday Night Lites spiced up by Tijuana Flats presented by Miller Lite and Coors Light means $1 12 oz. Miller Lite and Coors Light, as well as $1 off all craft beer at the Craft Cave near the third base gate.

ABOUT THE JUMBO SHRIMP: The Jacksonville Jumbo Shrimp offer affordable family fun at the Baseball Grounds of Jacksonville. Their inaugural season garnered the Southern League's Don Mincher Organization of the Year, Promotional Trophy and Jimmy Bragan Executive of the Year, won by General Manager Harold Craw. To experience the excitement with the terrific value of ticket and group options, call the Jumbo Shrimp at (904) 358-2846 or visit www.jaxshrimp.com.