Jumbo Shrimp invite fans to journey Into The Shrimpverse 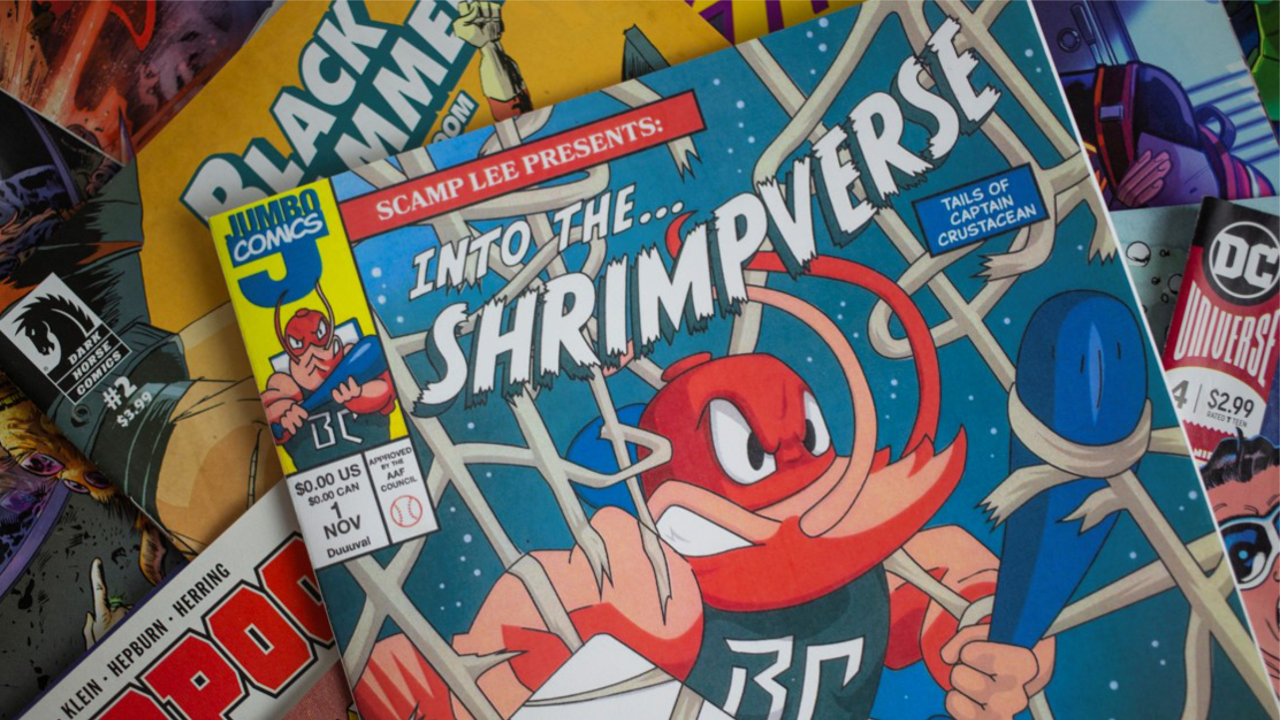 JACKSONVILLE, Fla. - The Jacksonville Jumbo Shrimp released the cover Friday to the club's custom comic book Into The Shrimpverse. The project focuses on the protagonist and antagonist characters Captain Crustacean and Dr. Cocktail Sauce, respectively.

"We really pride ourselves on Affordable Family Fun beyond just Jumbo Shrimp baseball," said general manager Harold Craw. "Into The Shrimpverse's foray into new characters like Captain Crustacean and Dr. Cocktail Sauce will continue to help us connect to fans in addition to what happens on the field."

With Into The Shrimpverse's cover released Friday, fans are encouraged to follow along on the Jumbo Shrimp's Facebook and Instagram accounts as the comic book is released through Thanksgiving. The story will culminate with the club's Black Friday (Nov. 29) 20 percent-off storewide sale featuring Captain Crustacean and Dr. Cocktail Sauce merchandise. The Jumbo Shrimp Souvenir Store at the Baseball Grounds of Jacksonville will be open from 10 a.m.-2 p.m. on Black Friday, and fans who spend at least $50 will receive a Jumbo Shrimp neck pillow (while supplies last).

The characters of Into The Shrimpverse were created by Brandiose. The Jumbo Shrimp worked locally with The Shepherd Agency to help create the storyline and art for the project.