Scoreless Sixto and All That Jazz in 3-1 Win

Jacksonville tied for first with Biloxi 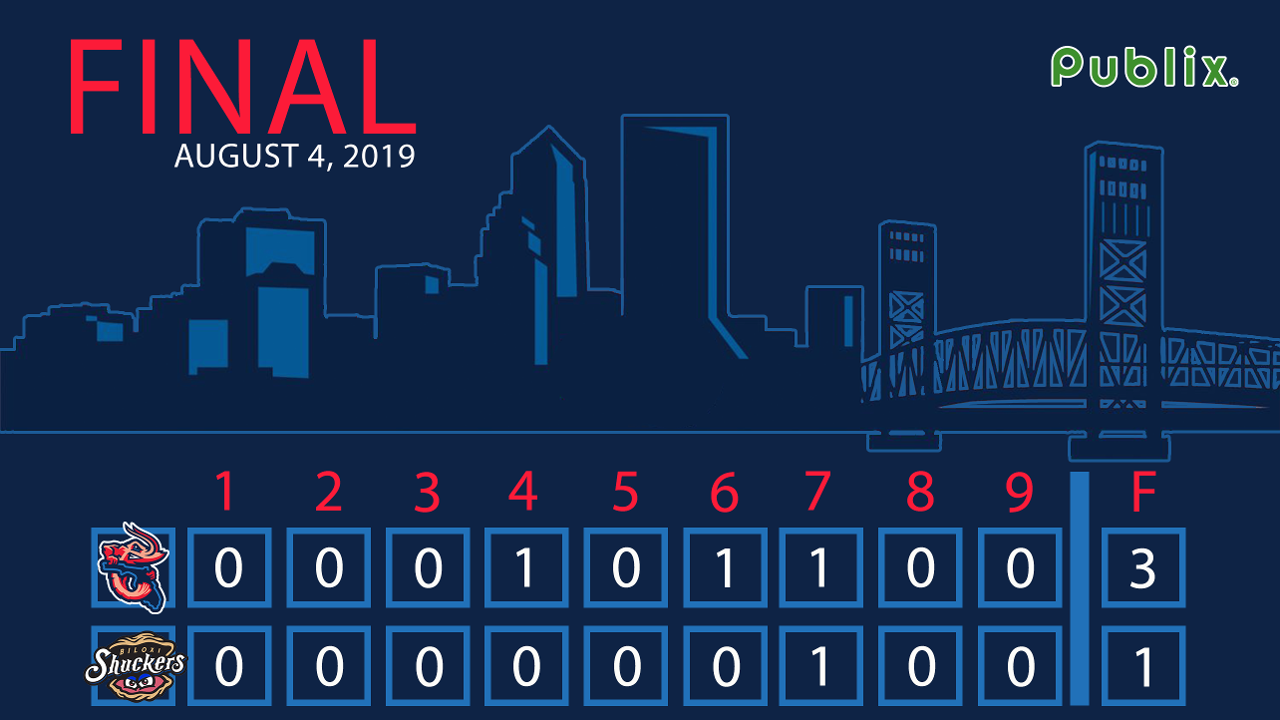 The win gives Jacksonville series victory in Biloxi, with the Shrimp taking three of the first four games of the series. Jacksonville also moves into a first place tie with Biloxi in the second half South Division standings, and the Shrimp have an opportunity to leave Biloxi tomorrow with sole possession of first place with a win Monday.

Jacksonville right-handed starting pitcher and Marlins No. 1 prospect Sixto Sanchez (8-4) picked up his fifth straight victory. Sanchez worked six scoreless innings, allowing five hits with two walks and three strikeouts, and his last 19 innings on the mound have been scoreless.

Biloxi right-handed starting pitcher Alec Bettinger (5-7) took the loss, working seven innings where he allowed three runs (all earned) on eight hits with no walks and eight strikeouts. Jacksonville right-handed relief pitcher Tommy Eveld earned his fourth save with a scoreless bottom of the ninth.

Going up against Jacksonville right-handed relief pitcher Josh Roeder in the bottom of the seventh, the Shuckers got on the scoreboard with a Max McDowell RBI double to cut Jacksonville's lead to 3-1, which would be the final score.

The Jumbo Shrimp will finish their five-game series with the Biloxi Shuckers at MGM Park at 7:35 p.m. eastern on Monday night. Left-handed pitcher Trevor Rogers (0-0, 0.00 ERA) will start for Jacksonville against Biloxi right-handed pitcher Dylan File (7-1, 2.79 ERA). Fans can listen to the game on the Jumbo Shrimp Network presented by Community First, beginning at 7:20 p.m. eastern with the pregame show "Shrimp On Deck" locally on Sunny 102.3 FM, on the TuneIn Radio app, and www.jaxshrimp.com.

ABOUT THE JUMBO SHRIMP: The Jacksonville Jumbo Shrimp offer affordable family fun at the Baseball Grounds of Jacksonville. Their inaugural season garnered the Southern League's Don Mincher Organization of the Year, Promotional Trophy and Jimmy Bragan Executive of the Year, won by General Manager Harold Craw. To experience the excitement with the terrific value of ticket and group options, call the Jumbo Shrimp at (904) 358-2846 or visit www.jaxshrimp.com.