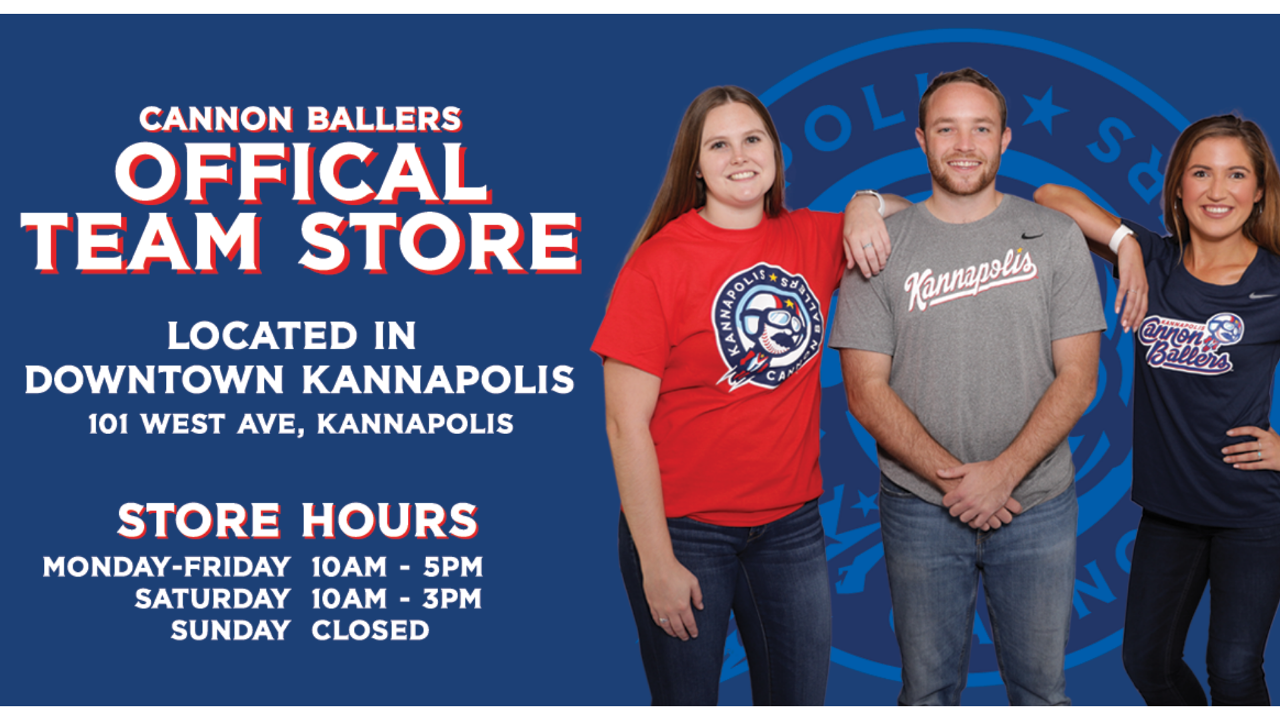 (KANNAPOLIS, NC) - Due to overwhelming demand, the Kannapolis Cannon Ballers downtown retail store will remain open for the foreseeable future inside the former 46 Restaurant, located at 101 West Avenue at the north end of the Kannapolis Streetscape. Fans can visit during store hours (Monday through Friday from 10 a.m. to 5 p.m.; Saturday from 10 a.m. to 3 p.m.) to pick up apparel and novelties adorned with the team's new name and logos introduced last Wednesday evening as part of "The Big Reveal."

"We have received an overwhelming response as fans love the new look and colors of the Cannon Ballers. It's obvious that the public wants to check out the new gear firsthand, so we're thrilled to keep our store in between the Gem Theatre and the new ballpark construction site open for many more weeks to come," remarked team GM Matt Millward.

For those that cannot visit the shop in person, Cannon Ballers merchandise is now available 24/7 online at KCBallers.com. In addition to the brisk foot traffic at the store, the team fielded orders from 38 states in the first five days of retail sales. Additional items and styles will continue to be released as the 2020 season approaches.

Season tickets for the Cannon Ballers inaugural season at the Kannapolis SEV are on sale now. The team will take the field for the first time in Kannapolis on Thursday, April 16th at 7:00 p.m.