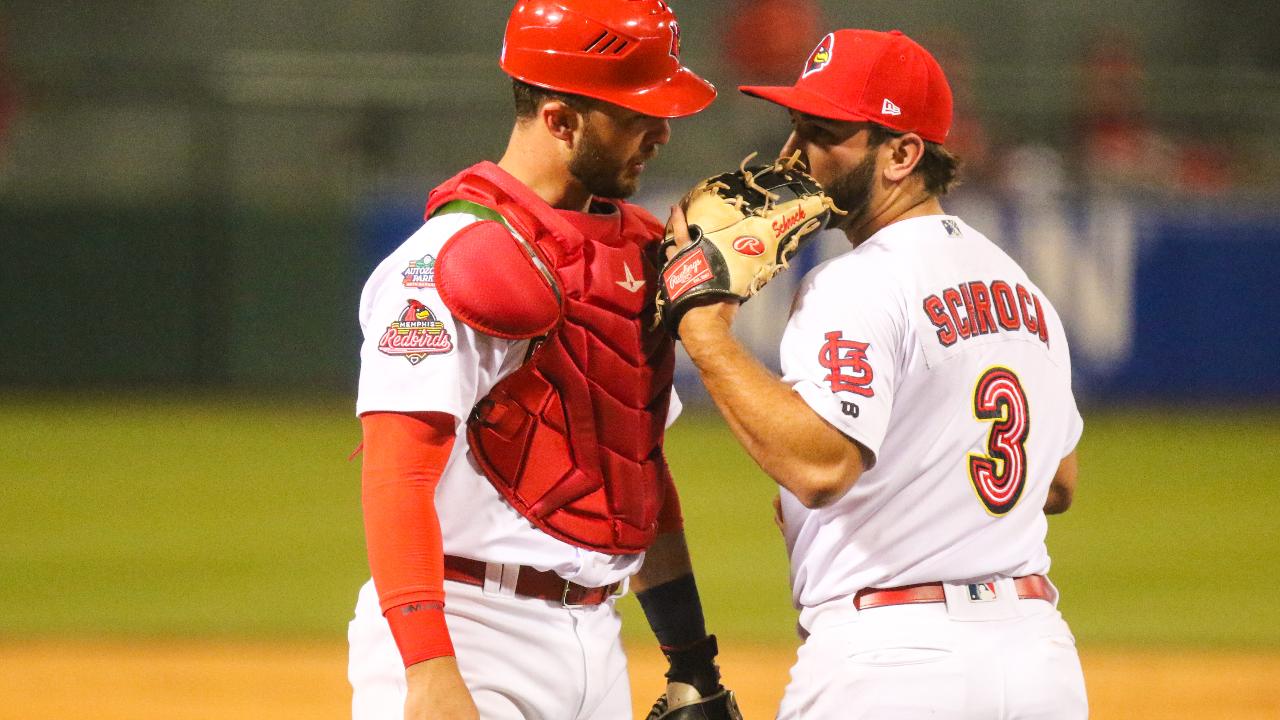 ROUND ROCK, Texas - The Memphis Redbirds (3-6) led 2-1 after a Joe Hudson home run in the top of the eighth inning Friday night in Round Rock, Texas, but the Round Rock Express (Astros) scored three times in the home-half to capture a 4-2 victory in the series opener.

The Redbirds had four hits in the game and were hampered by 12 strikeouts, two errors, and six walks by their pitching staff. Round Rock (6-3) banged out 10 hits but left 11 runners on base as Memphis escaped multiple innings with no damage done.

Daniel Ponce de Leon turned in a solid start on the mound, working 5.2 innings with just one unearned run. He scattered seven hits and tossed 57 of his 97 pitches for strikes. The only run he allowed came in the first inning, with Myles Straw reaching on an error and later coming around to score.

Memphis got on the board in the top of the sixth inning as Rangel Ravelo doubled in Drew Robinson, who walked.

The game remained tied at 1 until the eighth, when Hudson bombed a one-out home run to left-center field.

In the bottom of the eighth, Ryan Meisinger struck out the first batter of the inning before a single and a walk put two runners on. He induced a ground ball that led to a force out at second, but Memphis' second error of the night allowed the tying run to cross the plate on the play.

Tommy Layne then entered the game and surrendered a two-run home run to Derek Fisher to make the score 4-2.

Memphis went down in order in the top of the ninth to end the game, including two hitters set down on strikes.

On the defensive end, Adolis Garcia had an outfield assist to erase a potential Round Rock runner at the plate.

Memphis and Round Rock continue their four-game set tomorrow night at 6:05. The Redbirds' next home game is on Tuesday at 6:35 p.m.