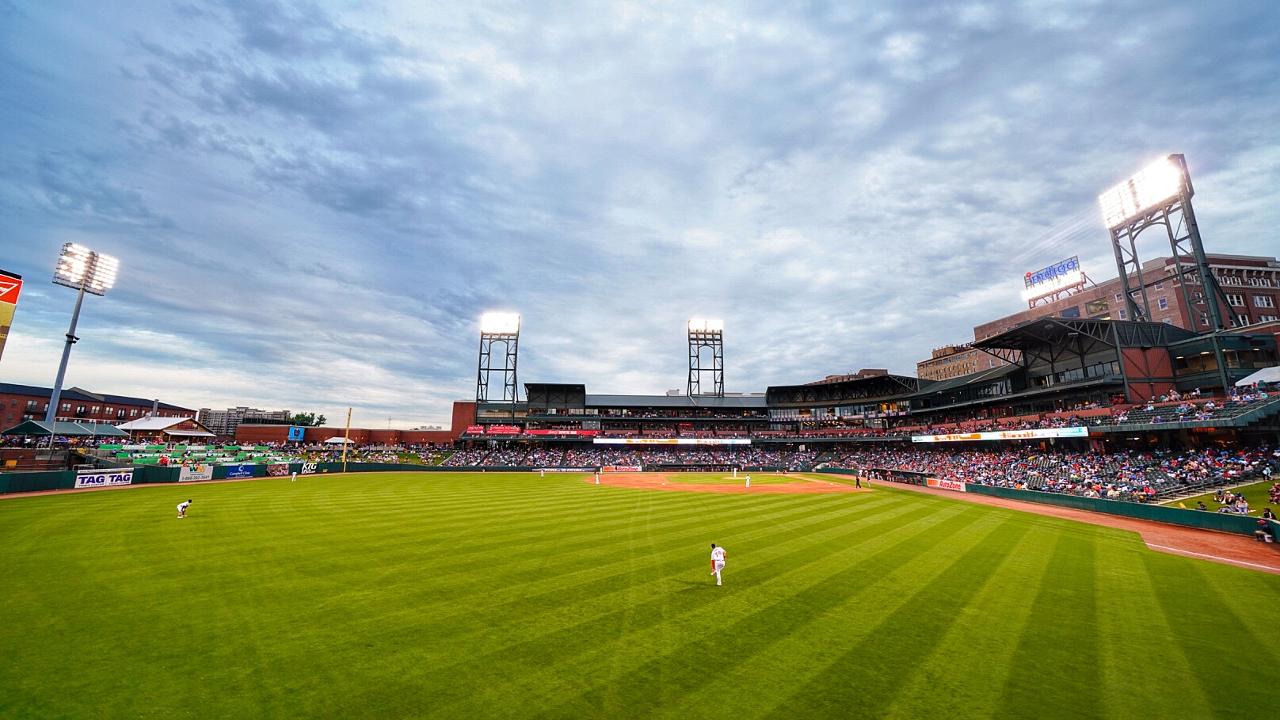 MEMPHIS, Tennessee - Adolis Garcia sent an AutoZone Park sellout crowd of 10,881 home happy Friday night after a single up the middle in the bottom of the 10th inning gave the Memphis Redbirds a 5-4 win over the Salt Lake Bees (Angels).

The Redbirds (29-39) trailed 4-1 halfway through the game before beginning their comeback that ended with the team's second last at-bat win of the year.

Rangel Ravelo was at the center of most of the action for the Redbirds, singling and scoring in the first inning, doubling home a run in the fifth, and tying the game in the eighth with a home run.

In his last three games, Ravelo is 9-for-13 with seven runs scored, two doubles, two home runs, and five RBI.

Trailing 4-1 after the top of the fifth, Conner Capel led off the bottom of the fifth with a home run in his first Triple-A game after being transferred from Double-A Springfield earlier in the day. Joe Hudson then singled, moved to third on a pair of groundouts, and scored on Ravelo's two-bagger.

The game remained 4-3 in favor of the Bees (30-36) until Ravelo blasted one over the Redbirds bullpen in the bottom of the eighth to tie things up.

Edgar Gonzalez, up today from Advanced-A Palm Beach, got the first two outs of the ninth inning before hitting a batter, and Tommy Layne entered with Hudson erasing the runner trying to steal second.

Gonzalez fired a scoreless eighth inning as well, with Capel dishing an outfield assist from left field to end the frame. Gonzalez followed Hunter Cervenka, who pitched the seventh inning in relief of Anthony Shew, who allowed four runs on eight hits in 6.0 innings with six strikeouts.

After Memphis' bottom of the ninth ended with a double play, Layne stranded the potential go-ahead run on third base with a strikeout and an easy groundout after a flyout.

Edmundo Sosa started the bottom of the 10th inning on second base as part of Minor League Baseball's pace-of-play initiatives, and he moved to third on a Ravelo groundout. Garcia then promptly lined one back up the middle to plate Sosa and set off the celebration.

In addition to Ravelo's three-hit game, Garcia, John Nogowski, Capel, and Hudson all had two-hit games for Memphis.

A third Redbird made his Triple-A debut in the game, as Irving Lopez entered as a defensive replacement in the fifth after arriving from Springfield.

Memphis now turns its attention to the Las Vegas Aviators (Athletics), with the first game of a four-game series at AutoZone Park tomorrow night at 6:35.