Garcia, Robinson Both Double and Triple 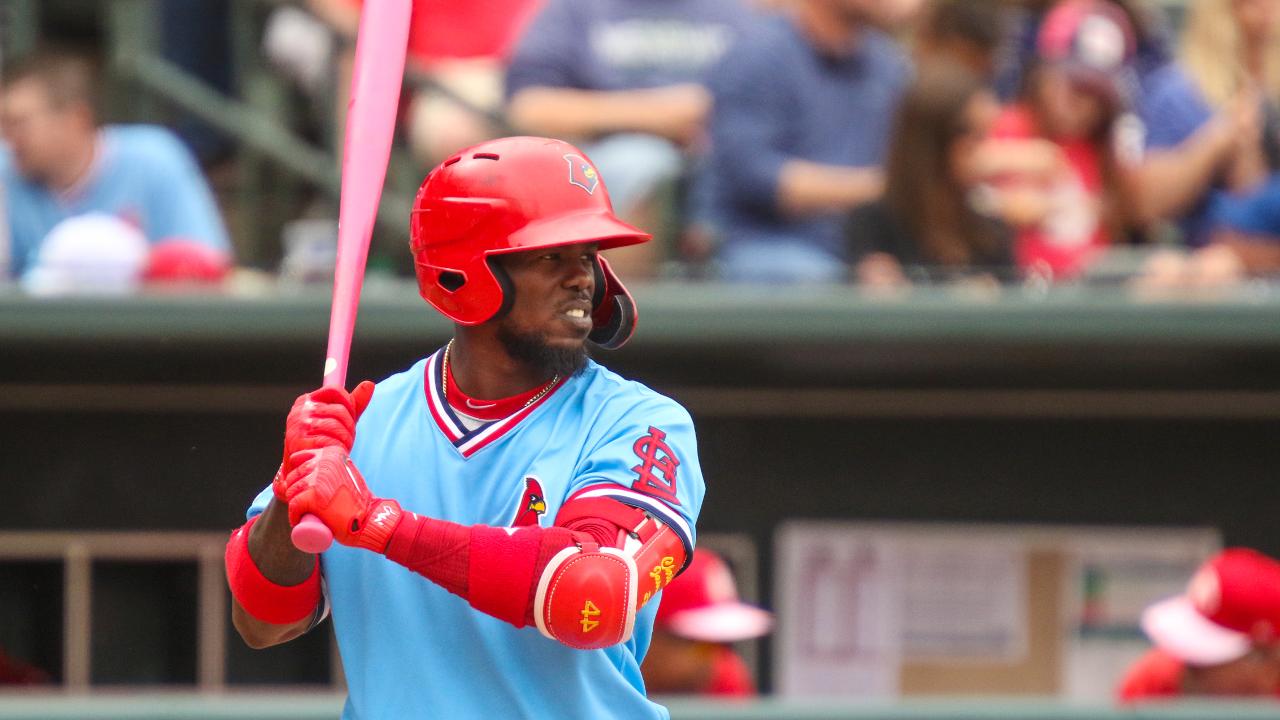 MEMPHIS, Tennessee - The Memphis Redbirds (23-27) came back twice against the San Antonio Missions (Brewers) Sunday night at AutoZone Park and led 4-2 after the sixth inning, but the Missions scored the final five runs of the game and earned a 7-4 win.

Adolis Garcia was 3-for-4 with a double, a triple, an RBI, and two runs scored, and Drew Robinson also doubled and tripled in the game. He drove in two runs.

Ryan Helsley started and gave up one unearned run without a hit in 3.0 innings. He walked two and struck out two.

The game was tied at 1 until the top of the sixth, when San Antonio (30-20) plated a run to take a 2-1 lead. The Redbirds responded with three in the home-half, leading 4-2 after Garcia and Robinson hit back-to-back run-scoring triples. Dominic Leone, in the game as a relief pitcher, made his first professional at-bat and had an RBI groundout for the third tally of the frame.

The Missions came back with two runs in the seventh to tie the game again, before they broke it open with three runs in the top of the ninth on a Tyler Saladino home run. Saladino drove in five runs in the game and also had a three-bagger.

The Redbirds went down in order in the bottom of the ninth to end the ballgame.

Garcia had an outfield assist to nail a runner at the plate.

A day after his 19-game hitting streak ended, Rangel Ravelo went 1-for-4 with a walk.

The Redbirds and Missions continue their series with a doubleheader tomorrow afternoon, with the first of two seven-inning games starting at 1:05 p.m. with the second to follow approximately 30 minutes after the first finishes. The Redbirds remain home through Sunday, June 2.