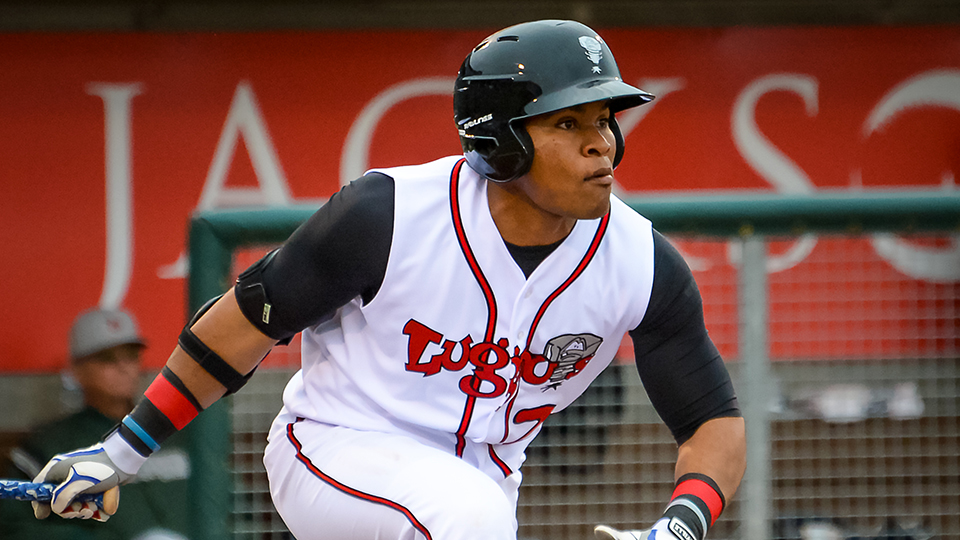 It was a start that was more than 21 months in the making for Jordan Romano. It was also a chance to let out a huge sigh of relief after nearly two years of wondering, waiting and hoping.

Making his first appearance since having Tommy John surgery in April 2015, the 23-year-old right-hander showed the layoff didn't alter his effectiveness. In the first start of his professional career, Romano allowed two hits without a walk while striking out a career-high seven batters to lead Class A Lansing to a 4-1 win over visiting Great Lakes in the opener of Monday's doubleheader.

"When I first started to throw, there were some doubts in my mind," Romano said. "It's a major surgery, and when you have it, your arm looks pretty bad. You look at it and it's swollen and scarred and you wonder to yourself, 'How will I ever throw again?' When it came time to throw, it was difficult to trust my arm could do it. But after about three months in and with it getting better every day, I started feeling confident it would be OK."

After he was chosen by Toronto in the 10th round of the 2014 First-Year Player Draft, the Markham, Ontario native posted a 1.93 ERA in 13 games with the Rookie-level Gulf Coast League Blue Jays and Bluefield in the Appalachian League. But during Spring Training last year, Romano tore the ulnar collateral ligament in his right elbow, necessitating the surgery and causing a nearly two-year delay between appearances.

On Monday, it looked like he never left. The Oral Roberts product retired his first 10 batters and gave up his only two hits in the fourth inning. Gage Green reached on a bunt single with one out but was caught stealing. Brendon Davis -- the Dodgers' No. 20 prospect -- then tied the game with a solo homer, his third of the year. But Romano rebounded to strike out Ariel Sandoval and start a stretch in which he set down 10 straight Loons to end the game.

"It was definitely a lot of work during rehab, but this made it worth it," he said. "The Jays have a great training staff down in Florida, and I knew when I took the mound that I'd be ready. I was a little nervous the day before my start, but once I got out there, it all came back to me. Now that I've got my feet wet, I just want to keep it going and stay healthy. It was really cool to be out there after almost two years. I was pretty pumped up."

Romano also psyched to have a chance at donning the uniform of the team he grew up rooting for as a kid.

"It's awesome to be in this organization," he said. "Growing up a Blue Jays fan, my family and I would always watch the games and go to the games to see the players. Honestly, I never thought I'd have an opportunity like this, but I've worked hard to get here. It really would be great to play for the team I grew up cheering for."

Imani Abdullah (0-2) took the loss for Great Lakes. The Dodgers' No. 23 prospect surrendered two runs -- one earned -- on five hits and a walk with two strikeouts in four innings.

Juan Kelly paced the Lugnuts' offense as Lansing completed the sweep with an 11-1 win in the nightcap. The 21-year-old first baseman went a combined 5-for-8 with a homer, a double and two RBIs.

Michael Avallone is a contributor to MiLB.com. Follow him on Twitter @MavalloneMiLB This story was not subject to the approval of the National Association of Professional Baseball Leagues or its clubs.