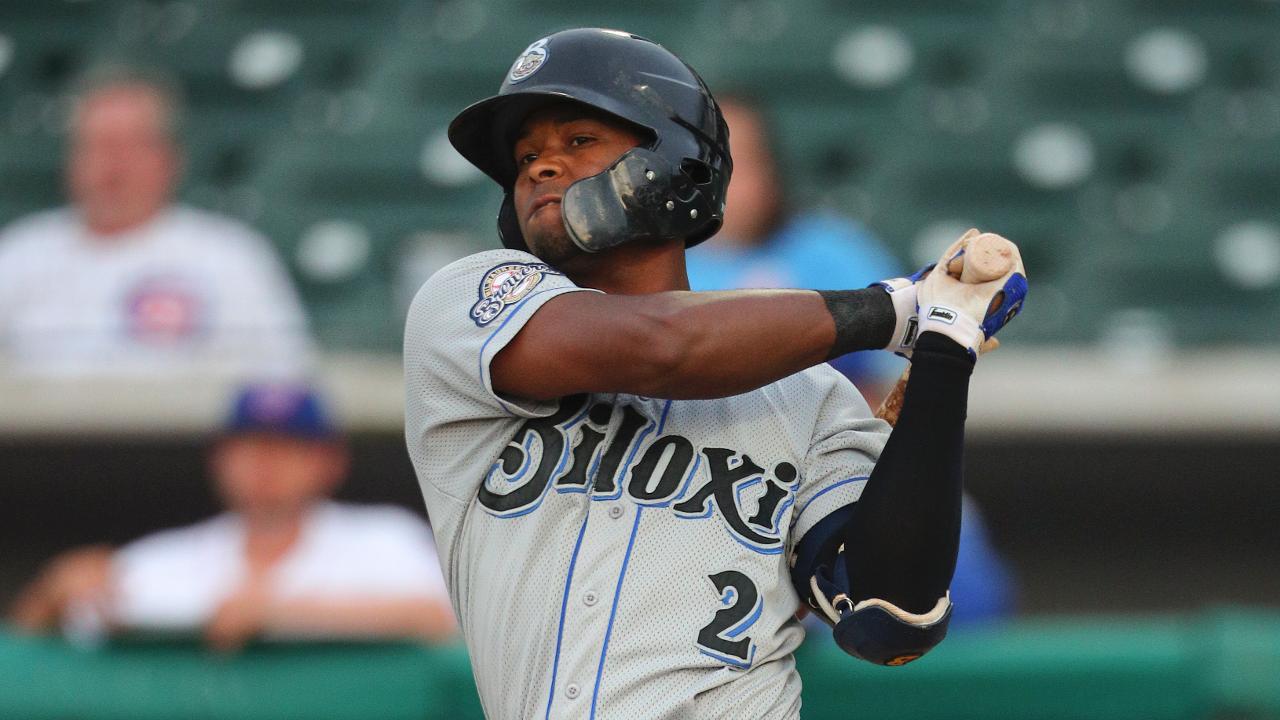 Luis Aviles Jr. was with Double-A Biloxi last season when the Shuckers fell in four games to Jackson in the Southern League Championship Series. With an extra year's worth of experience under his belt, he's taking charge in avenging that defeat.

The Brewers prospect went 5-for-5 with a homer and four runs scored as Biloxi opened the best-of-5 Finals with a 9-7 triumph over Jackson on Tuesday at MGM Park. It was his first career five-hit game.

Aviles was proud to have turned in such a sterling individual performance, but even happier given the situation.

"It couldn't have come at a better time," he said. "This is something great, just being able to help out the team especially in a situation like this."

The teams exchanged a pair of runs over the first two innings, but the Shuckers really got going in the third. Max McDowell drew a leadoff walk and Aviles and C.J. Hinojosa singled to load the bases. Weston Wilson walked on four pitches to force in a run and Jake Gatewood followed three pitches later with a base hit that scored Aviles and Hinojosa. Bruce Caldwell capped the frame with a single that plated Wilson from second.

Three errors by Biloxi helped the Generals tie the game in the fourth. Seth Beer, MLB.com's No. 96 overall prospect, was at the center of the rally, reaching on a throwing error by right-hander Alec Bettinger and scoring on an error by Wilson at first.

With the score teetering back and forth throughout the first half of the game, the mounting pressure could have affected Aviles and his teammates. But after spending the past six months with his teammates, he was confident the Shuckers would prevail.

"I was not nervous at all," he said. "I had a lot of confidence because the team that we have, all year long, we have shown that we can come back ... we don't give up that easy."

Aviles helped out to that end. With two outs in the fourth, he singled, took second on a wild pitch by righty Jayson McKinley and scored on a double by Cooper Hummel. That brought in Hinojosa, who was the hero in Game 5 of Biloxi's semifinal series against Pensacola. He came through again, driving a two-bagger to left that knocked in Hummell. The second baseman's continued success didn't surprise Aviles.

"C.J. Hinojosa has been like, I would say, the Mike Trout in the area right now," Aviles said. "He's like one of the biggest sticks that we have in the lineup. Every time he comes up to the plate, we're excited because he's doing so well that, at some point, we know he's going to do something special."

Biloxi pushed across another run in the fifth on a single by Joantgel Segovia, and Aviles clubbed a homer off the billboard in left in the sixth to put the game out of reach. He went yard just twice over 84 games in the regular season.

The 24-year-old singled with one out in the eighth for his fifth hit of the night. Aviles had previously notched four hits just once on April 7, 2017 for Class A Advanced Carolina.