Head of the Class: Class A Advanced 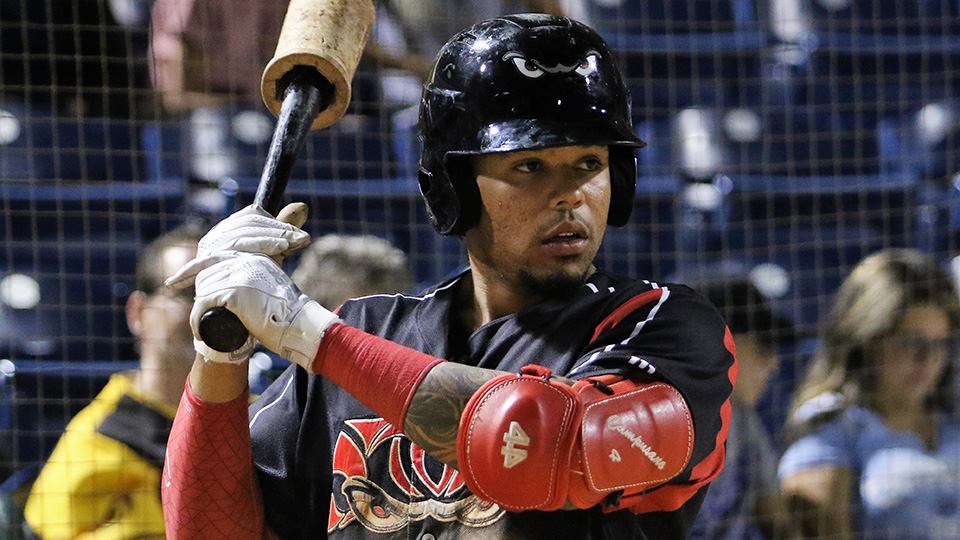 With another Minor League season in the books, members of the MiLB.com staff are looking back at some of the most notable performers from the 2019 campaign for each level. After looking at Triple-A, Double-A, Class A, Class A Short Season and Rookie Advanced, we turn our attention to the Class A Advanced California, Carolina and Florida State leagues.

Padres C Luis Campusano, Lake Elsinore: The sixth-ranked San Diego prospect, who turned 21 on Sunday, has flown a tad under the radar because he resides in one of the game's more talented systems. MLB.com's No. 87 overall prospect posted career numbers across the board in the California League with a slash line of .325/.396/.509, 15 homers, 81 RBIs and 63 runs. His walk rate, 10.7 percent, nearly equated his strikeout rate of 11.7 percent. No qualified Class A Advanced batter had a better batting average, and only Lancaster's Luis Castro (1.010) had a better OPS. And with more than serviceable skills at a premium defensive position, Campusano's campaign showed why he was the first catcher taken in the 2017 First-Year Player Draft.

Astros RHP Luis Garcia, Fayetteville: Houston's No. 29 prospect arrived in Fayetteville on June 6, and his promotion marked the latest stop in a professional career that started late. Garcia didn't sign out of Venezuela until summer 2017, more than six months after his 20th birthday. The right-hander's heater has since climbed into the upper 90s and touched 97 mph this season. As a result, he posted 108 strikeouts in 65 2/3 innings for the Woodpeckers. His 39.4 percent K-rate was the Carolina League's best by a pitcher with at least 50 innings since Michael Kopech -- the No. 2 White Sox prospect -- fanned 40 percent of the batters he faced in 2016. Garcia amassed a 3.02 ERA while getting tagged for just five home runs on the circuit. He'll likely need to round out his arsenal to remain a starter in the future.

Charlotte Stone Crabs: They didn't win a championship -- because they didn't get the chance. The Florida State League canceled its postseason due to the threat of Hurricane Dorian. Charlotte, though, had a dominant second half of the regular season to finish atop the Southern Division. After going 36-31 in the first half, the Rays affiliate went 47-22 (.681) the rest of the way. At one point, they won 16 of 17 contests en route to dropping only nine of 32 second-half road games. Charlotte finished the season with a +133 run differential, best at the entire level. And they benefited from the July arrival of top overall prospect Wander Franco, who batted .339 with an .872 OPS despite being just 18 years old. Right-hander Tommy Romero stood out on the mound, leading the circuit with a 1.89 ERA in 119 1/3 innings.

Blue Jays RHP Simeon Woods Richardson, Dunedin: The hard-throwing right-hander was promoted to St. Lucie on July 28 after compiling 97 strikeouts in 78 1/3 innings as an 18-year-old in the South Atlantic League. He did not make a start for the Mets because he was traded that day in the deal that brought Marcus Stroman to New York. So Woods Richardson rerouted to Dunedin and made six starts before his first full season ended. Toronto's No. 6 prospect came an out shy of pitching at least five innings in five of them. He didn't allow more than one run in his final four appearances. Altogether, Woods Richardson went 3-2 with a 2.54 ERA, an 0.88 WHIP, 29 strikeouts and seven walks for the Blue Jays. More of that, and an Eastern League assignment early next season would be both aggressive -- the 2018 second-rounder turned 19 last week -- and warranted.

Rockies 1B Luis Castro's trifecta, Lancaster: Colorado's first-base prospect posted a 1.009 OPS with 25 homers -- after never hitting more than eight in any of his previous six seasons -- with 98 RBIs and 93 runs scored with the JetHawks in 2019. He led all Class A Advanced hitters in each category, and his offensive outburst on May 26 was an extreme example of why. The 24-year-old recorded the only trifecta of Lancaster's season, and his third long ball -- a three-run shot that brought his RBI total to six -- tied the game in the 11th inning of a 13-12 win. Castro also racked up three walks, reaching base in all seven of his plate appearances, and crossed the plate four times.