Head of the Class: Full-season Class A 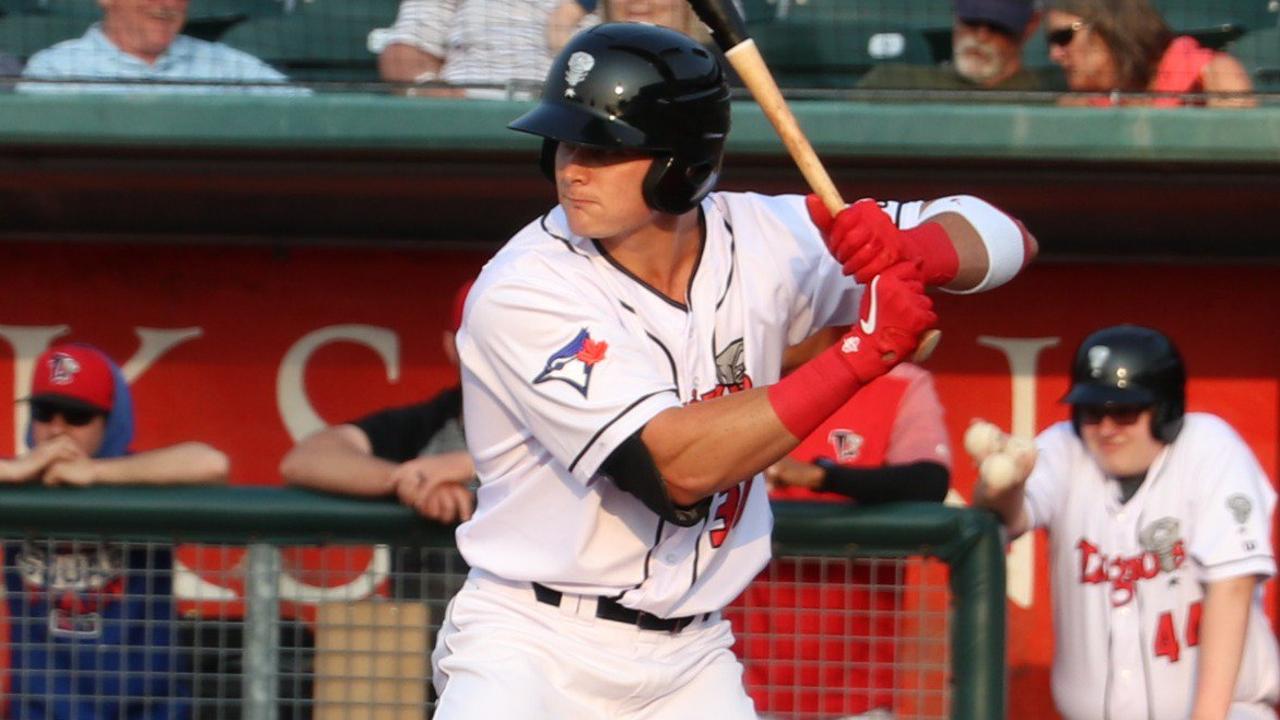 Griffin Conine led the Midwest League in homers despite missing the first 50 games of the season. (Lansing Lugnuts)

With another Minor League season in the books, members of the MiLB.com staff are looking back at some of the most notable performers from the 2019 campaign for each level. We looked at Triple-A, Double-A, Class A Advanced, Class A Short Season and Rookie Advanced. Here, we turn our attention to the Class A Midwest and South Atlantic leagues.

Blue Jays OF Griffin Conine, Lansing: A 50-game suspension kept Conine off the field to start the season, but once he was back in the lineup for the Lugnuts, he was nothing short of a force. Toronto's No. 15 prospect led the Midwest League with 22 homers and finished sixth in RBIs with 64 despite appearing in just 80 contests. His .283 batting average would've placed him fifth, but he didn't have enough at-bats to qualify, making his power outburst all the more impressive. The Jays selected Conine in the second round of the 2018 Draft, and he displayed decent power with Class A Short Season Vancouver as a rookie by cranking seven homers in 55 Northwest League games. He followed that up with a bounding leap in 2019, putting himself in the conversation as one of the top power hitters in the Minors.

Giants LHP Seth Corry, Augusta: Corry logged the best statistical season of his young career for the GreenJackets and now finds himself among San Francisco's top 10 prospects. The 20-year-old southpaw paced the South Atlantic League in strikeouts with 172, 16 more than Kannapolis' Davis Martin, who threw 20 more innings. The gap was even wider in the ERA category, which Corry led with a 1.76 mark -- nearly a whole point better than the competition -- over 27 appearances. Much of that can be attributed to a midsummer hot streak in which he posted 32 consecutive scoreless innings. His stellar campaign led to a cascade of accolades, including midseason and postseason All-Star honors as well as the Most Outstanding Pitcher award in the SAL.

Delmarva Shorebirds: The postseason may not have been kind to the 'Birds, but they were still top dogs of the South Atlantic League in a big way over the course of the summer. They finished first in both team ERA and strikeouts, stitching together a 3.00 mark while fanning 1,389 batters. Leading the charge was Baltimore's second-ranked prospect, Grayson Rodriguez, who posted a 2.68 ERA over 20 starts and made an appearance in the All-Star Futures Game. He would've placed third in ERA had he thrown enough innings to qualify, but he did come in at No. 8 in punchouts with 128. Orioles No. 30 prospect Gray Fenter wasn't far behind in 10th with 123, while No. 19 prospect Drew Rom was one behind him at 122. They were joined late in the season by 2019's top overall Draft pick, Adley Rutschman, who homered twice over 12 games to close out the campaign.

D-backs OF Kristian Robinson, Kane County: A strong first full campaign for Robinson culminated in a 25-game stint with Kane County in which he clubbed five homers and drove in 16 runs. Arizona's No. 2 prospect hit just .217 for the Cougars, but he posted an impressive .729 OPS after being called up on Aug. 4. He began the year with Class A Short Season Hillsboro, where he posted a .319/.407/.558 slash line, clubbed nine homers and drove in 35 runs to earn both midseason and postseason All-Star recognition in the Northwest League. He also shined with his legs, swiping 14 bags with the Hops before stealing three more for the Cougars. Robinson will be 19 when next season begins, and assuming he stays with Kane County, he'll have a solid foundation to build upon.

Indians OF Will Benson's four-homer game, Lake County: You have to go all the way back to two weeks into the season to find the most eye-popping offensive performance at the Class A level -- and possibly in all of the Minors. On April 18, Benson erupted for a Lake County-record four homers, including a grand slam, while piling up a career-best eight RBIs. Cleveland's No. 18 prospect had a chance for a fifth blast in the eighth inning but struck out after an eight-pitch battle. It was the first four-homer performance by a Minor Leaguer since Mike Ford did it for Class A Charleston on May 25, 2014, and the first in the Midwest League since Garrett Jones achieved the feat for Quad Cities in 2002. Remarkably, Yasmany Tomas accomplished the milestone just a month after Benson as part of a five-hit night for Triple-A Reno on May 20.