Head of the Class: Double-A 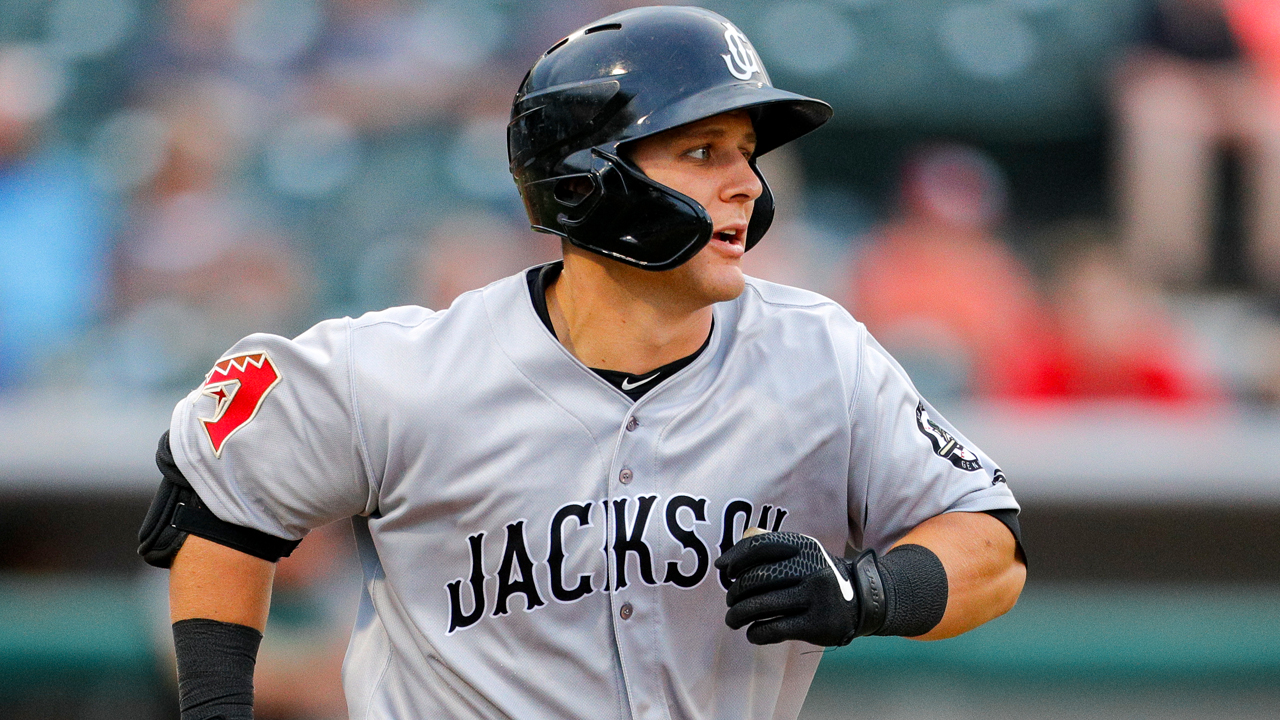 With another Minor League season in the books, members of the MiLB.com staff are looking back at some of the most notable performers from the 2019 campaign for each level. After looking at Triple-A, Class A Advanced, Class A, Class A Short Season and Rookie Advanced, we turn our attention to the Double-A Eastern, Southern and Texas leagues.

D-backs C Daulton Varsho, Jackson: Varsho was in the midst of a strong first full season with Class A Advanced Visalia in 2018 when he broke his right hamate bone in June. After returning and finishing strongly, the backstop took off this year while climbing to the Southern League. Arizona's No. 5 prospect batted .301/.378/.520, striking out only 63 times while drawing 42 walks in 108 games. He also hammered 18 homers and drove in 58 runs, both career highs. Another thing that stands out about Varsho is his prowess on the basepaths. The surprisingly fleet-footed catcher swiped 21 bases in 26 attempts. Varsho got better as his season went along, seeing his OPS drop in just one month and finishing on his best note. The 23-year-old hit .391/.436/.707 with six homers and 17 RBIs in 24 August games, helping Jackson on its run to a championship.

Orioles LHP Zac Lowther, Bowie: The southpaw won't break any records with his fastball, checking in with a 50 overall grade, according to MLB Pipeline, which has him pegged as the 10th-ranked O's prospect. The one thing that is indisputable about the Xavier product is his ability to produce results. After putting up a 2.18 ERA in 23 outings between Class A Delmarva and Class A Advanced Frederick in 2018, Lowther was brilliant again this year. In 26 starts for the Baysox, he went 13-7 with a 2.55 ERA, 1.11 WHIP and .197 opponents' average. The 23-year-old only scrapes the low 90s with his 55-grade fastball but baffled hitters by mixing it with his breaking and off-speed stuff to notch 154 strikeouts in 148 innings.

Montgomery Biscuits: Although they didn't reach the Southern League Finals, Tampa Bay's Double-A affiliate won six more games than anyone else at the level and swept the first- and second-half North Division titles with an 88-50 overall record. The Biscuits were a 9-8 team heading into play on April 23 and played 37 games over .500 the rest of the way. Montgomery posted records of 19-9 in June, 21-8 in July and 16-10 in August, just their second month of the season with double-digit losses. The Biscuits finished third in the league with a .251 team batting average and fourth with a 3.30 staff ERA but won the first-half crown by five games and the second by 3 1/2 over Jackson.

Mariners OF Jarred Kelenic, Arkansas: After tearing through Class A West Virginia and Class A Advanced Modesto, the 2018 sixth overall pick more than held his own in his first taste of Double-A at just 20 years old. Kelenic joined the Travelers on Aug. 10 but helped lead Arkansas in its playoff run by batting .253/.315/.542 in 21 contests. The young outfielder bashed six homers and added four doubles and a triple in his limited Texas League action. Kelenic combined to hit .291/.364/.540 across the three levels in 2019, finishing with 23 homers and 20 stolen bases, and while he's likely to return to Double-A to start the 2020 season, the top Mariners prospect could find himself in Seattle next year with another campaign anything close to this one.

Dodgers SS Jeter Downs, Tulsa: Although his team suffered a stunning loss in decisive Game 5 of the Texas League Finals, it was Game 2 in which Los Angeles' No. 6 prospect put together a night for the ages. Downs belted three solo homers and reached base six times, scoring five runs, as Tulsa smashed Amarillo, 18-9, to level that best-of-5 series at one win apiece. The shortstop got his night started by cranking a leadoff homer on the first pitch of the game off Padres No. 28 prospect Jacob Nix, walked in the second, reached on an error, led off with another homer in the fifth, doubled leading off the seventh and capped the game with a leadoff blast in the ninth.