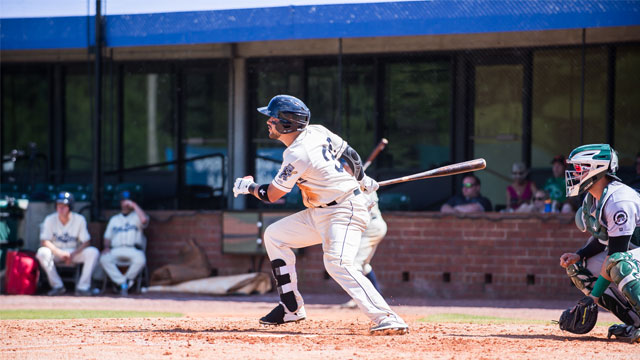 BIRMINGHAM, Ala. (July 9, 2017) - The Mobile BayBears, the Double-A affiliate of the Los Angeles Angels of Anaheim, broke a tie game in the top of the eighth inning to defeat the Birmingham Barons 5-3 in the series opener Sunday night at Regions Field.

Francisco Arcia scored three of the five runs for the BayBears (38-47 overall, 8-8 second half), including the go-ahead run on Bo Way 's fielder's choice in the eighth. The following inning, Michael Hermosillo plated Arcia with a two-out RBI single for an insurance run.

After Jared Walsh drove in the first run of the game with a second-inning single, Keon Barnum hit a two-run homer in the fourth to give Birmingham (32-54, 6-11) its only lead of the game.

The BayBears continue up the four-game road series against Birmingham Monday at 7:05 p.m. CT. Right-handed pitcher Osmer Morales (4-3, 4.61 ERA) is slated to make the start against southpaw Jordan Guerrero (5-7, 3.44 ERA) for the Barons. Live coverage can be seen on MiLB.tv (Birmingham feed, subscription required, promo code: BAYBEARS) and heard on the BayBears Broadcast Network, the TuneIn Radio App, and the MiLB First Pitch App, with the Countdown to First Pitch starting at 6:45 p.m. CT.

The BayBears return home Wednesday, July 19, and host a total of 70 home dates through Labor Day, September 4. Single-game tickets and ticket packages are currently on sale. Season tickets and group and hospitality offerings for the 2017 season can be reserved by calling (251) 479-BEAR (2327).