Jackson powers way to Player of the Week 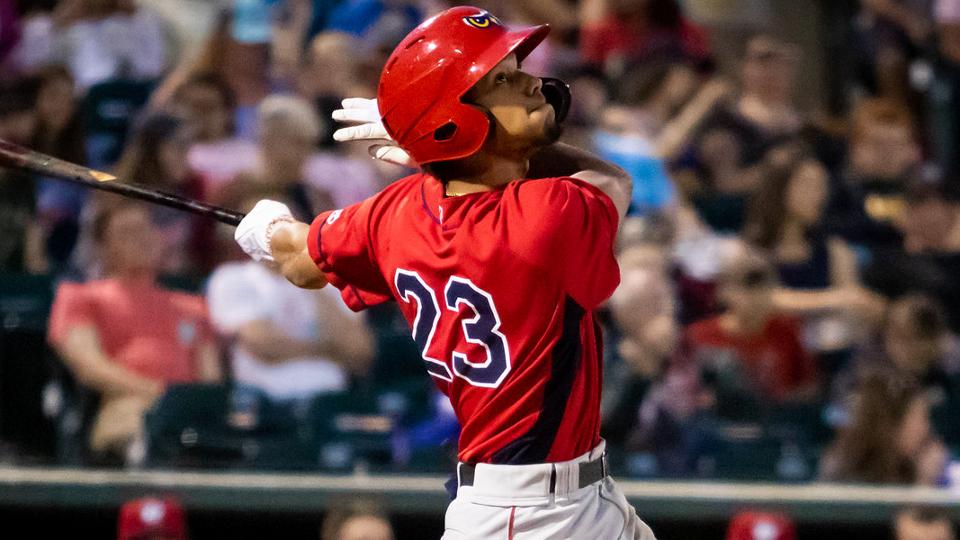 Home runs are flying out of Minor League ballparks at a record pace this season, but most of the extra damage has been done at the Triple-A level, where teams are using Major League baseballs. Jeremiah Jackson's power surge comes with no such asterisk.

The Angels No. 5 prospect enjoyed a massive six-game stretch from Aug. 12-18 and set a team record en route to Pioneer League Offensive Player of the Week honors. His two-homer game Monday gave him 17 big flies on the season and set a single-season record for Rookie Advanced Orem, but he was nowhere near done for the week.

Jackson one-upped himself three days later, going deep three times and driving in five to reach the 20-homer plateau before homering again two nights later, giving him 21 on the season. Jackson's closest competitors in the hitter-friendly Pioneer League are Idaho Falls' Juan Carlos Negret and Grand Junction's Colin Simpson, who each have 13 homers.

Only six players on the circuit have hit even half as many homers as the Angels' 2018 second-round pick, who has already tripled his 2018 homer total.

"I feel good, my swing is good and everything is coming together," Jackson told MiLB.com following his home run trifecta. "The hitting coaches are doing a great job, keeping me focused to help do what I do. It's just day to day."

The six-foot, 165-pound middle infielder -- he's played 23 games at shortstop and 19 at second base this season -- has been especially hot since the All-Star Game, where he earned game MVP honors thanks to a third-inning grand slam against the Class A Short Season Northwest League. Since the break, he's batting .299/.359/.701 with seven homers and 18 RBIs over 18 games, with six of those big flies and 12 of those RBIs coming over his past six contests -- and he's not selling out for power.

"Pretty much all I'm concerned with, honestly, is just making good decisions -- being more selective, not trying to guess pitches, see a strike and hit it hard," he said. "And when you make good decisions, good things will happen."

Jackson enjoyed a solid professional debut in 2018, batting .254/.314/.491 with seven home runs, 23 RBIs and 10 stolen bases in 43 games between the Rookie-level AZL Angels and Orem. He's run less this season and made a concerted effort this offseason to adjust his mechanics at the plate.

"The batting cage is like a body shop," Jackson said. "If I'm struggling, I go in and work on it. I just keep doing what I'm doing, hit the ball hard and let everything flow."

Below is the complete list of Minor League Offensive Players of the Week for Aug. 12-18: