Jackson tops himself in three-homer game 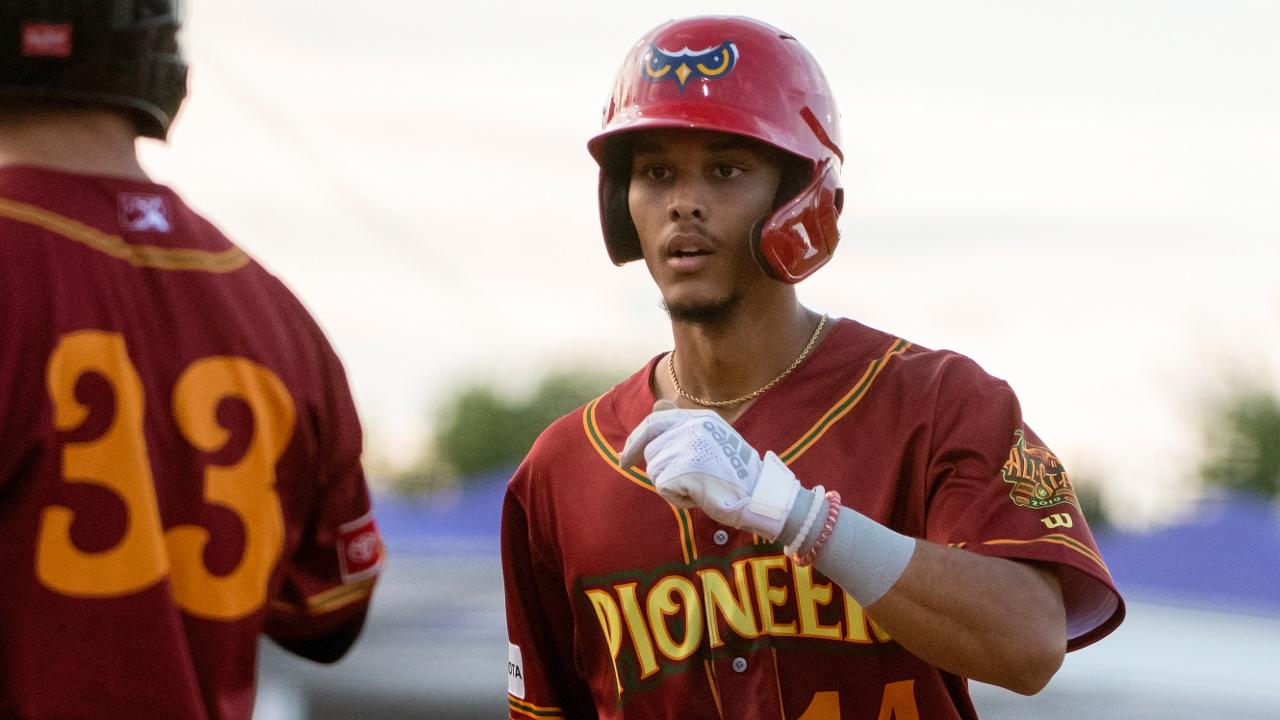 Jeremiah Jackson is letting everything flow -- and it shows.

The fifth-ranked Angels prospect hit three long balls -- his second multi-homer game in the past four contests -- and drove in a career-high five runs as Rookie Advanced Orem downed Idaho Falls, 7-4, on Thursday night at Home of the OWLZ.

Jackson leads the Pioneer League with 20 roundtrippers and 50 RBIs and is batting .385 over the last 10 games.

"I feel good, my swing is good and everything is coming together," he said. "The hitting coaches are doing a great job, keeping me focused to help do what I do. It's just day to day."

The 2018 second-round pick led off the bottom of the first inning with a solo shot to right-center field against Kansas City No. 20 prospect Alec Marsh. He added a one-out dinger to right off the right-hander in the third.

In the sixth, the 19-year-old shortstop capped the Owlz's four-run frame by driving in three with a long ball to center off left-hander Austin Manning. It marked Jackson's sixth multi-homer effort this season.

"All three were fastballs," he said. "I just tried to keep a level head. It's part of baseball and I can't take at-bats to the field. I had to stay focused, especially at shortstop. Three home runs or three outs, a lot can go wrong if I'm not locked in in the field."

The Mobile, Alabama, native is batting .276/.348/.650 through 52 games and contends his approach begins before the gates open and the lights go on.

"The batting cage is like a body shop," Jackson said. "If I'm struggling, I go in and work on it. I just keep doing what I'm doing, hit the ball hard and let everything flow."

Brandon White added three hits and scored once for Orem.

Seth Ballew (2-2) allowed two hits and struck out four in two innings for the win. Jacob Voss earned his first save with a 1-2-3 ninth that included two punchouts.

It was the second time in six games that the Chukars yielded a three-homer game. On Saturday night, Ogden's Brandon Lewis smacked three dingers and drove in a career-high six in a 9-8 loss to Idaho Falls.