Back to the Future at the Innovators Summit

Annual symposium reflects on 2019 season and plans for 2020 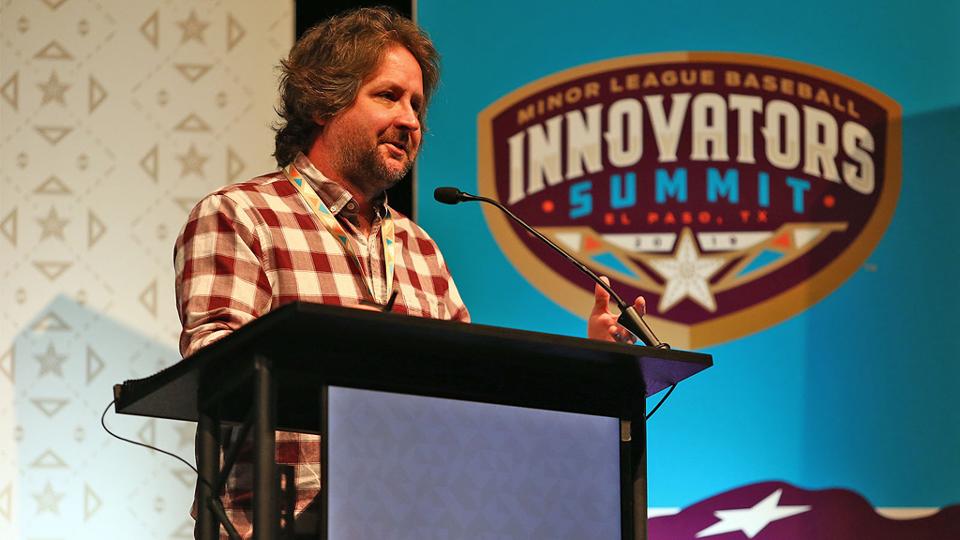 Ben Hill's presentation at the Innovators Summit marked his second straight year of speaking at the seminar. (Danny Wild/MiLB.com)

Paul, then the owner and operator of the El Paso Diablos, invited some of his industry colleagues to an informal postseason gathering. The goal was simple -- to celebrate and commiserate over the season that was, sharing stories, jokes and ideas along the way. This event, originally called the El Paso Seminar, grew so big over the subsequent years that eventually Paul was no longer able to run it. He sold it to Minor League Baseball, at which point it became the Minor League Baseball Promotional Seminar.

The event that Paul created 42 years ago has gone back to its El Paso roots while also looking toward the future. The 2019 iteration, which began Monday and concludes Thursday, has been rechristened the Innovators Summit. Over 500 attendees, including representatives from 90 Minor League teams, are taking part in a varied and overlapping series of presentations, social events, charitable endeavors, "group therapy sessions" and much more.

This writer attended his first Promotional Seminar in 2008 and has given an annual presentation at the event each year since 2013. This article is by no means a comprehensive overview; rather, it takes a look at some of Tuesday's events and what was learned therein.

Working against peanuts -- The Hartford Yard Goats made national -- nay international -- news in February, when they announced that they would become the first professional team to ban peanuts at the ballpark. This resulted in an avalanche of criticism as well as no small amount of praise, pitting horrified traditionalists against those advocating for the most inclusive ballpark experience possible. During Tuesday's Promotions Symposium, Yard Goats general manager Tim Restall gave a talk entitled "Are You NUTS? How Banning Peanuts impacted the Hartford Yard Goats." He said that the team's decision was influenced by a discussion with local mothers whose children have peanut allergies, as well as his personal experience with the peanut allergy of his 4-year-old nephew. While acknowledging the loss of revenue -- the Yard Goats had sold approximately 10,000 bags of peanuts in 2018 -- he said that enacting the ban was simply "the right thing to do." By the time Opening Night had arrived and the histrionic online reactions had died down, the peanut ban was surprisingly easy to enforce (only three fans tried to smuggle them into Dunkin' Donuts Ballpark during the season). In addition to the obvious benefit of making the ballpark safe for fans with peanut allergies, additional perks included easier postgame clean-up as well as the team's ability to hire a new gameday employee who had previously been unable to work at the ballpark due to a peanut allergy. Whether other teams follow Hartford's lead remains to be seen, but the Yard Goats' largely positive experience with their unprecedented maneuver suggests that additional peanut bans could be forthcoming.

Somebody's got to be the bad guy -- After being introduced as "killers of fun" by Promotions Symposium emcee Phil Wrye, Robert Fountain and Andy Schultz took the stage to a chorus of boos. Fountain is deputy general counsel for Minor League Baseball and Shultz the assistant director of baseball operations. The two men work together throughout the year to approve, or reject, the increasingly creative theme jerseys proposed by Minor League teams. In a joint presentation entitled "The Continuing Evolution of Specialty/Theme Night Jerseys," Fountain and Shultz lightheartedly embraced their purportedly villainous personas as a means to educate teams on what they can -- and can't -- get away with. For example, the mark of a for-profit entity (such as a corporate sponsor) can never be visible on a theme jersey. Also, jerseys always must contain a club's name, initials, nickname or logo of the home city that the club represents; meanwhile, the player's number on the back of the jersey must be at least six inches in length. Jerseys can never depict the likeness of an actual individual, living or dead, because humans are fallible and their reputations are subject to change. Jerseys celebrating pop-culture franchises require written documentation of third-party consent before they are produced. Some entities, such as Star Wars, have streamlined that process by providing broad permissions that are applicable to all clubs. It's a complex topic, full of subtleties that can't be fully conveyed in a write-up such as this, but the underlying message was to apply caution. "We're protecting you guys from yourselves," concluded Fountain.

The Original Innovator -- During Tuesday afternoon's "Mountainside Chat," El Paso Chihuahuas president Brad Taylor interviewed Jim Paul himself. Paul explained how the El Paso Seminar originated and grew, as "four to six [attendees] became 12 became 30 became too damn big." At the time of the first Seminar, in 1977, total Minor League attendance was approximately 13 million (less than a third of what it is today); Paul explained that, "two thirds of the teams, you could buy them by assuming the debt."

He returns to discuss the event's origins and the industry's future. https://t.co/qx6dYzRIVb

In this atmosphere of stagnation, depression and general fan disinterest, Paul made the El Paso Diablos stand out by implementing an irreverent, risk-taking culture at El Paso's Dudley Field (nicknamed the Dudley Dome because it allegedly never rained there). Paul said that, for him and his staff, "nothing was sacred." Among other firsts, the Diablos became the first sports team to sell nachos, the first to book the San Diego Chicken (now the Famous Chicken) and the first to appear on the cover of National Geographic.

"It used to be that the most important employee in the ballpark was the groundskeeper, because when the game was over he'd wake the fans up and tell them to go home," said Paul.

That, clearly, is no longer the case.