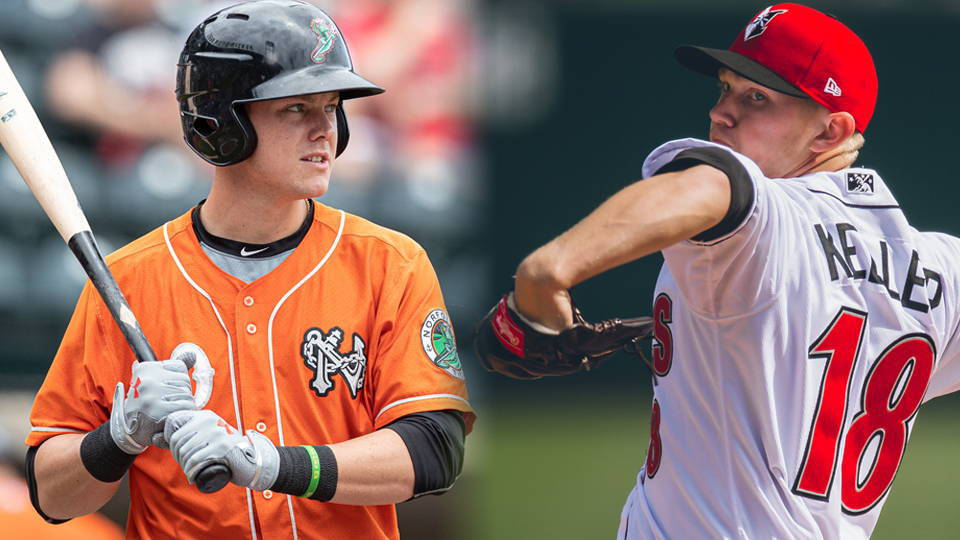 The Pacific Coast League All-Stars were announced Wednesday. Now, we know their opponents.

Keller, Pittsburgh's top prospect, has been nothing short of dominant in his stint with Indianapolis this season. Through 12 starts on the circuit, he leads the league with a 2.89 ERA and ranks third with a 1.26 WHIP. He also has 80 strikeouts in 65 1/3 frames, tied for fifth-most in the IL this season. Keller has earned a few promotions to the Majors for his efforts, making three starts for the Pirates. He most recently pitched for the Indians on Monday, giving up just one earned run on six hits while fanning six over a season-best 7 1/3 innings.

Mountcastle, the second-ranked Baltimore prospect, anchors the IL's infield options. In his first season with Norfolk, he's shined at the plate with a .311/.332/.503 slash line, 13 long balls and 28 total extra-base hits over 69 games. His .836 OPS represents a career-best mark at any level since the O's took him in the firist round of the 2015 Draft. The 22-year-old has primarily played first base this season after taking turns at shortstop and third base in his career, but he also moved to left field for the first time in his career Tuesday, meaning he could give the IL an option on the grass as well.

No. 6 Orioles prospect Keegan Akin (83 strikeouts in 70 innings) gives Norfolk two representatives from an up-and-coming Baltimore system, one from each side of the roster.

The league's leading hitter, Durham infielder Kean Wong, gets an IL All-Star nod for the second straight season. This year, the reigning Triple-A All-Star Game IL Top Star has delivered a .355 average and .941 OPS in 62 contests for the Bulls. His teammate and the No. 2 hitter in the league, Jake Cronenworth (.325), also will suit up for the squad against the PCL. His 1.008 OPS leads Durham and ranks second in the league, behind Scranton Wilkes-Barre slugger and fellow All-Star infielder Mike Ford (1.089).

In the outfield, seventh-ranked Twins prospect Brent Rooker brings his impressive set of tools, led by his plus power. Getting his first chance to play in an All-Star Game as a pro, Rooker will get to showcase a hitting ability that has totaled 12 homers and a .973 OPS in 50 games for Rochester.

The game against the PCL will stream live on MiLB.TV starting at 9:05 p.m. ET.