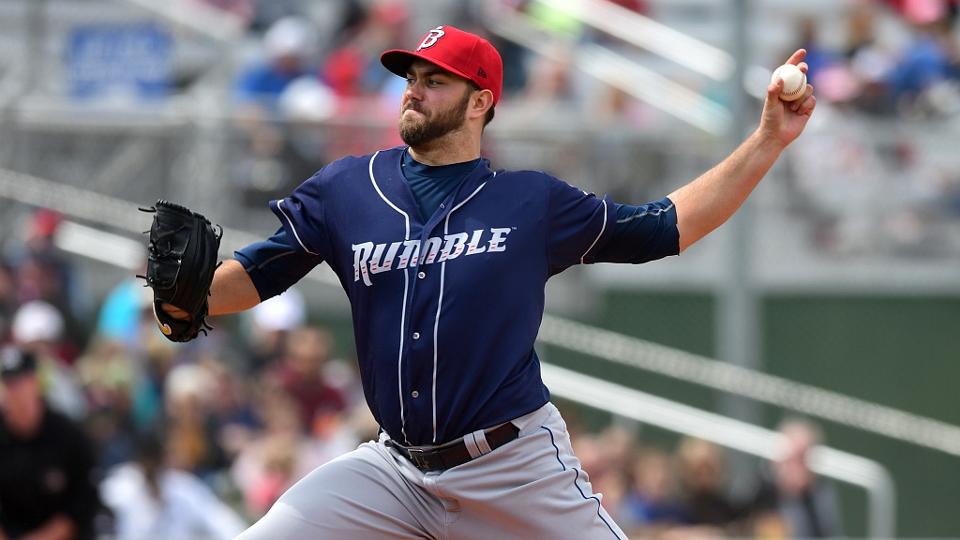 Spring has come early for 15 players in the Mets organization.

Peterson, a first-round pick out of Oregon in 2017, went 3-6 with a 4.19 ERA in 24 starts for Double-A Binghamton and fanned 122 batters -- second-most in the system -- over 116 innings. The southpaw has average fastball velocity combined with an above-average slider, a propensity for groundball outs and outstanding control. Now 24, the Colorado native could reach the Majors as early as this summer.

Fellow lefty Smith was even better in 2019, notching an organization-best 130 strikeouts while posting a 3.15 ERA in 23 starts split between Class A Advanced St. Lucie and Binghamton. Despite spending most of his junior year at Georgia in the bullpen, the Mets shifted Smith to a starting role soon after making him their seventh-round pick in 2018. Like Peterson, he features an average fastball, good command and an ability to keep the ball in the park. The 22-year-old yielded six homers over 117 innings last season and just one over 31 1/3 frames in six starts after his promotion to Double-A.

Video: Binghamton's Smith gets the strikeout

After a promising 2018 season that saw him earn an invitation to the Eastern League All-Star Game, Tebow's 2019 campaign in Triple-A proved disastrous even before being cut short by a finger injury in July. The former Heisman Trophy winner hit .163/.240/.255 in 77 games for Syracuse in the International League. His .495 OPS ranked last among the 346 Triple-A hitters with at least 200 plate appearances while his 37.1 percent strikeout rate was fourth-worst. This will be Tebow's fourth Grapefruit League appearance for the Mets; in his first three spring campaigns he's gone 9-for-60 (.150) with no extra-base hits, one RBI, three walks and 22 strikeouts in 24 games.

John Parker is an editor for MiLB.com. This story was not subject to the approval of the National Association of Professional Baseball Leagues or its clubs.