No. 37 overall prospect takes home IL honor after going 12-for-23 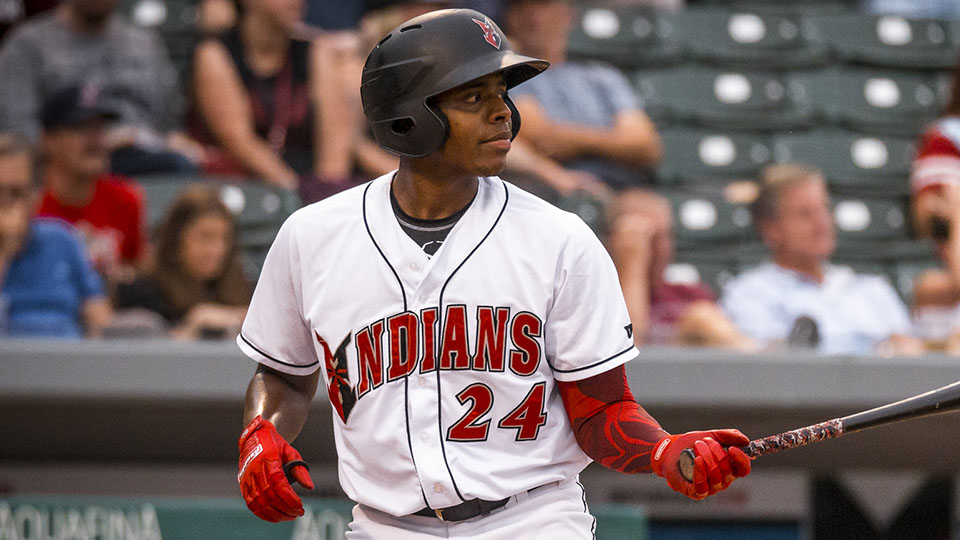 Ke'Bryan Hayes' arrow is pointing up again -- and with little time to spare.

The Pirates' No. 2 prospect was named the International League Offensive Player of the Week for Aug. 19-25 after going 12-for-23 (.522) with a homer, double, four RBIs and four runs scored for Triple-A Indianapolis. This is the first career Player of the Week award for Hayes, who was drafted in 2015 by Pittsburgh with the 32nd overall pick.

The 22-year-old third baseman started the week with a bang, homering in his first at-bat last Monday in a 12-4 loss at Toledo, and didn't look back. Hayes picked up multiple hits in four of his six contests, including a four-hit effort Friday at home against Louisville that matched his career high for knocks in a game.

"You work all year with the priority being to be better at the end of the year than when you started. Luckily, he is," Indianapolis hitting coach Ryan Long told MiLB.com's Andrew Battifarano after Saturday's four-hit game. "It's always good to see him get results, obviously, and tonight he had some hits. But the biggest thing is he's starting to hit some pitches -- he's worked hard to not only hit fastballs but balls in his zone."

In fact, the most eye-popping number from Hayes' big week might be his contact rate. The Texas native did not strike out over 24 plate appearances. Making contact hasn't been a huge issue for Hayes in 2019, even in the rougher portions of the summer; his 18.4 percent K rate this season is below the IL average of 22.8.

What has been an issue, however, has been the lack of loud contact, especially as offense has taken off at the Minors' highest level. Hayes' .416 slugging percentage ranks 50th of 64 IL qualifiers this season, even though his 10 home runs constitute a career high. In fairness, Hayes was the fifth-youngest player on an IL Opening Day roster back in April. In addition, he suffered a fractured left finger on a defensive play in mid-June and missed about three weeks. Even when Hayes did return to the Tribe lineup after July 4, Long noticed that it took MLB.com's No. 37 overall prospect time to find himself comfortable at the plate again.

"He's bounced back good," Long said over the weekend. "I think we're proud of the way he's bounced back and handled some of the adversity that he had early on, and he's learned from it and got better from it. ... First, when he came back I don't think he was 100 percent in terms of physically how he was holding the bat. I think it took time for his brain to get over that."

Given his relative youth and recent improvements, the future still looks bright for the son of former Major Leaguer Charlie Hayes. During its midseason prospect re-ranking, MLB.com put the 22-year-old as the third-best third-base prospect behind only Nolan Gorman and Alec Bohm on the strength of his Gold Glove-caliber defense especially. With only one week left on the Indianapolis schedule, Hayes has a little more time to show what he's capable of before he becomes Rule 5-eligible this offseason.

"Big picture-wise, it's what we like to see, and the defense has been solid all year. The catch and throw are solid, probably the best in the Minor Leagues, I would say," Long said. "You see parts of the game come around. Hitting is hard for everybody, so you start to see that happen. He uses that and he uses his weapons."

Below is the complete list of Minor League Offensive Players of the Week for Aug. 19-25: