Rays get Edwards from Padres in Pham deal 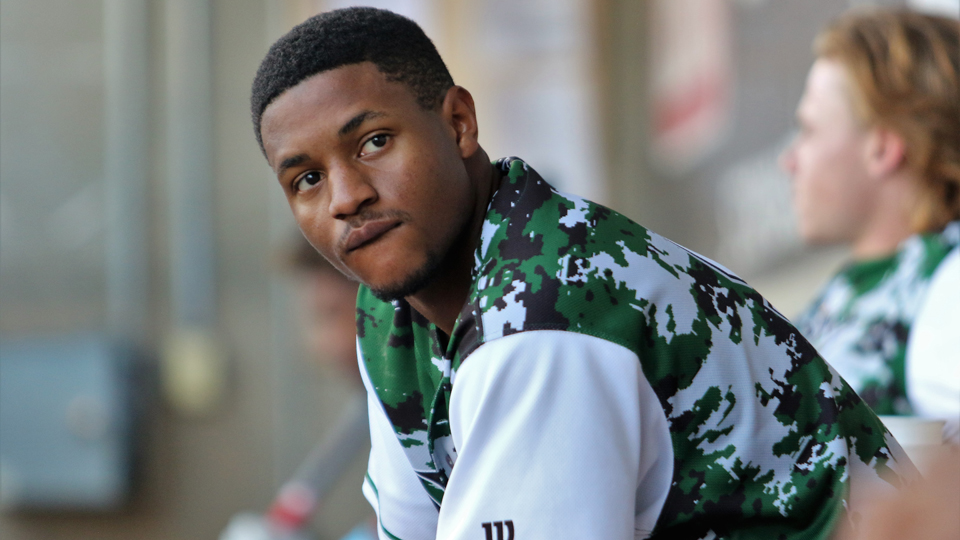 Two of the best farm systems in baseball are swapping assets.

The Padres on Friday sent infield prospect Xavier Edwards, outfielder Hunter Renfroe and a player to be named to the Rays for outfielder Tommy Pham and two-way prospect Jake Cronenworth.

Ranked as the Padres' No. 4 prospect and No. 72 overall by MLB.com, Edwards is best known for his speed, which grades out at 70 on the 20-80 scouting scale. After being selected 38th overall in the 2018 Draft, Edwards posted a .328/.395/.396 slash line with 56 stolen bases in 68 attempts in 168 career games as he advanced from Rookie ball to Class A Advanced in two seasons. Not known for his power and spending most of his time batting first or second in the lineup, the switch-hitter has one homer and 59 RBIs.

In his time in the Padres system, Edwards has bounced between second and short, spending 92 games at the former and 65 at the latter. With Willy Adames likely holding strong as the Rays' shortstop, second base could be a better long-term fit for Edwards should he reach Tampa Bay.

Renfroe was a top prospect just a couple years ago. The 2013 first-round pick made his Major League debut in 2016 and has been an everyday outfielder for the past three seasons. The slugger drilled a career-best 33 homers with 64 RBIs this season, though his .216 average was a career low.

Cronenworth, the Rays' No. 17 prospect, was drafted as an infielder in 2015 but began pitching this season. Due to a hamstring injury and his time on the mound, the left-handed hitter was limited to 344 at-bats with Triple-A Durham this year, batting a career-high .344/.429/.520 with 10 homers and 45 RBIs in 88 games.

On the mound, Cronenworth possesses a plus-fastball that can touch 96 mph as well as solid secondary pitches in a curve and cutter. In 7 1/3 innings, the right-hander allowed two unearned runs on four hits and eight walks with nine strikeouts, mainly serving as an opener for the Bulls.

"We'll get to know him better as we go," Padres executive vice president and general manager A.J. Preller told MLB.com. "It's nice having options. … Having players that are versatile, with a 26-man roster, all those things come into play."

The Major League headliner of the trade is Pham, who was dealt from the Cardinals on July 31, 2018 for outfielder Justin Williams, southpaw Genesis Cabrera and right-hander Roel Ramirez. In his short time at Tropicana Field, the left fielder became an important part of the Rays, both on the field and in the clubhouse. Pham joined the 20/20 club in 2019 while posting an .818 OPS in 145 games.

Kelsie Heneghan is a reporter for MiLB.com. Follow her on Twitter @Kelsie_Heneghan. This story was not subject to the approval of the National Association of Professional Baseball Leagues or its clubs.