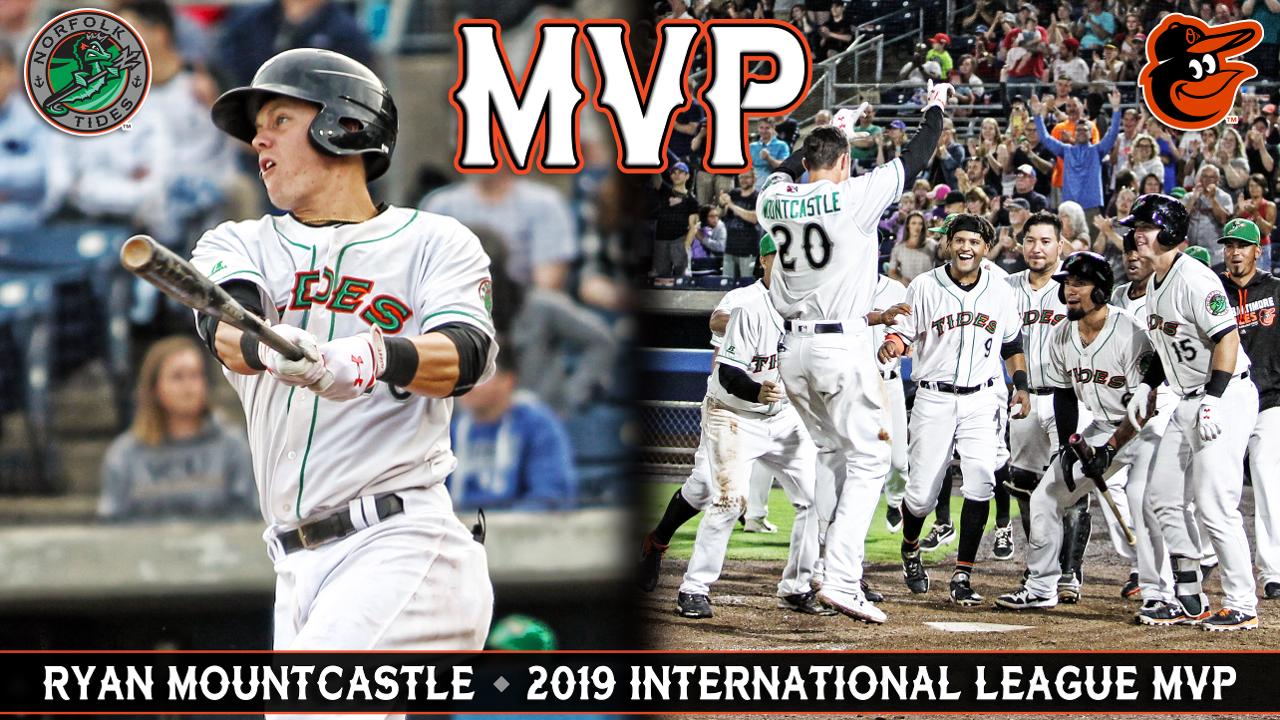 The International League today announced that Norfolk's Ryan Mountcastle has been named the league's Most Valuable Player and the First Baseman on the circuit's Postseason All-Star Team.

Mountcastle is the first Tide to be named International League Most Valuable Player since IL Hall of Famer Roberto Petagine earned the award in 1997. Other Tides to earn IL MVP honors include Butch Huskey (1995), Tom O'Malley (1989), Randy Milligan (1987) and Mike Vail (1975).

Mountcastle is on pace to be the first Tides player to lead the International League in hits since Mike Cervenak accomplished that feat with 157 hits during the 2007 campaign. He leads Orioles minor leaguers in hits, home runs, RBI and extra-base hits, and he was named Baltimore's Minor League Player of the Year by Baseball America on August 22nd. Mountcastle also matched Norfolk's franchise record for home runs in a game earlier this season when he belted three round trippers in a win vs. Louisville on June 2nd.

A first round pick (36th overall) in the 2015 draft out of Paul J. Hagerty High School (FL) in 2015, Mountcastle is currently rated as the #4 prospect in the Orioles system and the #68 prospect in all of baseball by MLB.com.