D-backs No. 18 prospect completes late rally with walk-off in ninth 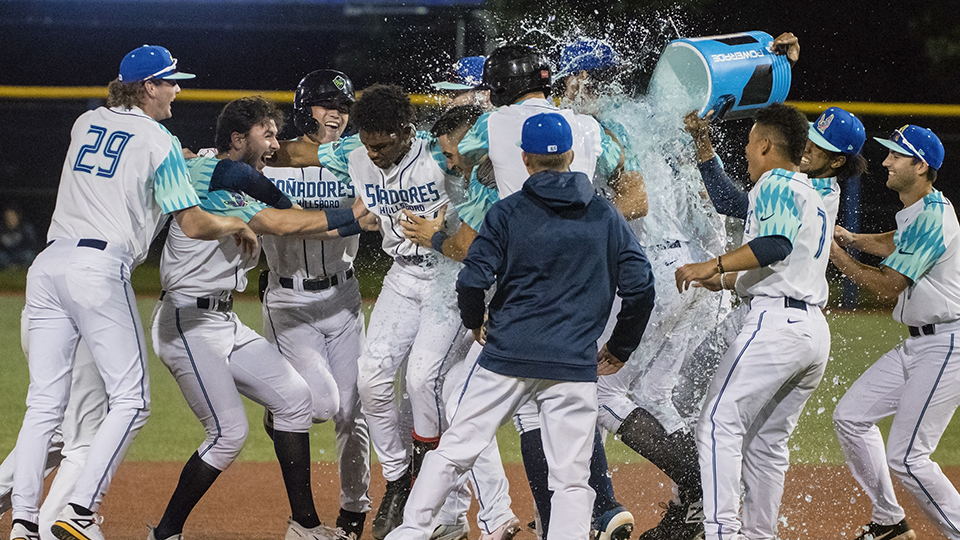 Liover Peguero couldn't get his starter a win, but he made sure a dazzling effort wasn't wasted.

The No. 18 Arizona prospect stroked a walk-off double that lifted Class A Short Season Hillsboro past Salem-Keizer, 2-1, in Game 1 of the Northwest League semifinals Wednesday at Ron Tonkin Field.

Video: Peguero walks it off for Hillsboro

The Hops rallied to tie the game in the eighth to get a dominant Tyler Holton off the hook. The 23-year-old made one mistake -- a solo homer to Yorlis Rodriguez in the fourth inning -- while striking out a career-high 10 in six frames.

Tied entering the ninth, 1-1, Hillsboro's Jorge Barrosa reached on a fielding error by first baseman Carter Aldrete. Tristin English replaced Barrosa on the basepaths after he grounded into a fielder's choice and Ryan January walked to move the winning run to second. Peguero worked the count full against Volcanoes reliever Miguel Figueroa before lacing the seventh pitch of the at-bat into the gap in left-center field for the win.

Andy Yerzy tied the game in the eighth with an RBI knock after third-ranked D-backs prospect Corbin Carroll singled and took second on an errant pickoff throw by Figueroa (0-1).

Signed out of the Dominican Republic in 2017, Peguero made his domestic debut last year in the Rookie-level Arizona League. He began 2019 in the Rookie Advanced Pioneer League and batted .364/.410/.559 in 38 games with Missoula. A recent 2-for-23 skid erased a hot start to his Northwest League career, but the 18-year-old hit safely in his final four regular-season contests to finish with an overall slash line of .326/.382/.485 in 60 games.

The rally made a winner out of Nick Snyder (1-0), who followed Holton's effort by fanning three in three perfect innings of relief. An 11th-round pick in this year's Draft out of West Virginia University, the 21-year-old was dominant for the Hops after his promotion from the Arizona League. Snyder was unscored upon in nine appearances for the Hops, striking out 27 while surrendering two hits in 16 innings.

Holton faced one over the minimum to match the longest outing of his professional career. The ninth-round Draft pick out of Florida State retired the first nine batters, striking out five in succession until Rodriguez snapped the streak with his leadoff homer in the fourth. Holton -- who fanned 56 in 37 2/3 innings across two levels -- had struck out 11 and 10 batters respectively in his last two starts before a one-inning relief stint on Aug. 31.

Volcanoes starter Kervin Castro struck out one over two perfect innings before giving way to Travis Perry. The 22-year-old allowed three hits and a walk while punching out five in five scoreless frames.

Hillsboro can advance to its first Northwest League Finals since 2015 with a win in Game 2 of the series Thursday night in Salem-Keizer.

In other Northwest League action: