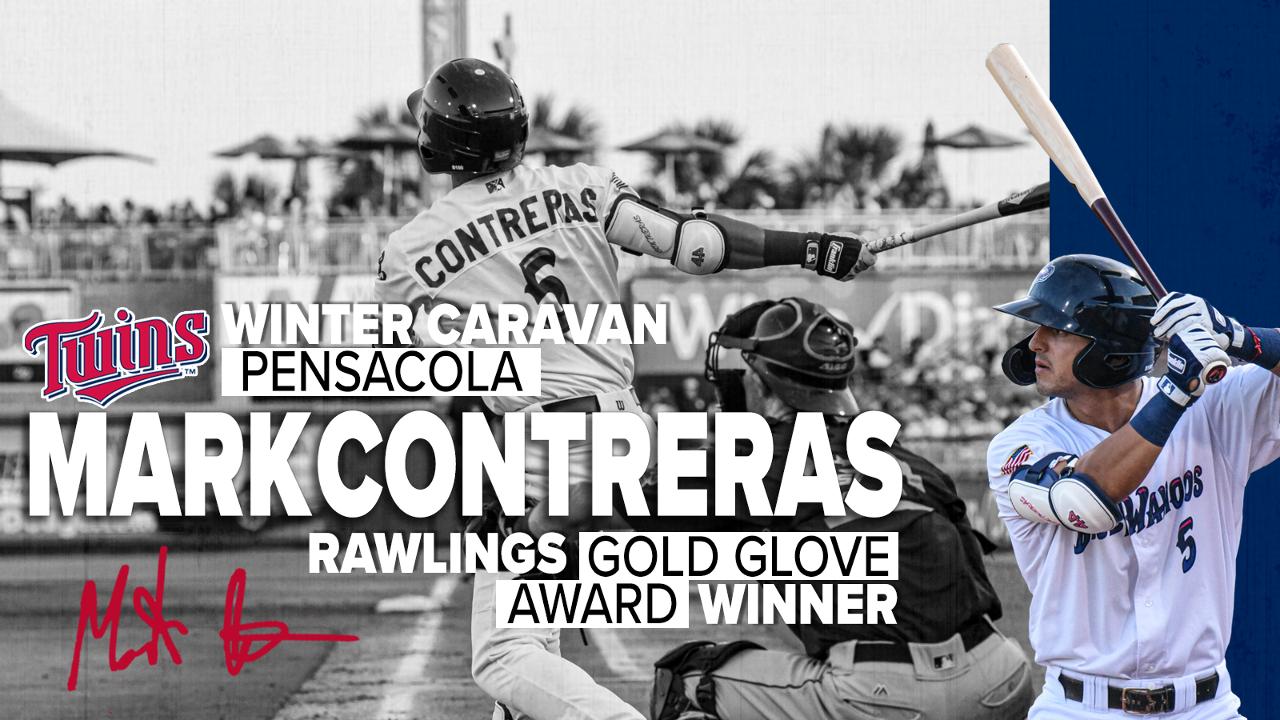 Fans will have the opportunity to meet one of Minor League Baseball's finest defenders on January 16th at the Twins Winter Caravan Pensacola at Blue Wahoos Stadium. Blue Wahoos outfielder Mark Contreras, selected as one of just nine recipients of the 2019 Rawlings Gold Glove Award for defensive excellence following the 2019 season, will meet fans, sign autographs, and participate in a question and answer session during the event from 5:00 PM - 7:00 PM. The Minnesota Twins Winter Caravan Pensacola is free to attend.

Contreras, a ninth round selection by the Minnesota Twins in the 2017 MLB draft from the University of California-Riverside, played 85 games with the Blue Wahoos during the 2019 season. The fan-favorite outfielder did not commit an error during the season with both Pensacola and Advanced-A Fort Myers, handling 182 chances and recording 13 outfield assists while maintaining a perfect 1.000 fielding percentage. In addition to his defensive excellency, Contreras finished second on the Blue Wahoos in home runs, hitting 10 and also driving in 33 runs.

The Rawlings Gold Glove Award is given to one player at each defensive position selected from all minor league players at all 10 domestic-based full-season Minor Leagues.

The Minnesota Twins Winter Caravans is one of the longest running and most extensive team caravans in professional sports, bringing Twins players and personalities to numerous stops in over 40 communities throughout Twins Territory during the month of January. At the Pensacola Caravan stop, fans will have the opportunity to meet and get autographs from Contreras and other members of the Wahoos, attend question and answer sessions with players and personnel, shop for exclusive ballpark souvenirs and giveaway items at the team's first yard sale, get a behind-the-scenes look at Blue Wahoos Stadium, be the first to view the team's 2020 Promotional Schedule, pick out their seats for season and mini plan memberships, and have exclusive access to purchase 2020 Single Game Tickets in person at the event before they go on-sale to the general public on March 1.

More information on the Twins Winter Caravan Pensacola can be found at this link. Additional guests attending the event will be announced soon at BlueWahoos.com and on Blue Wahoos social media accounts.