Pensacola One Win Away from Championship

Lopez allows one run and three hits in eight innings. 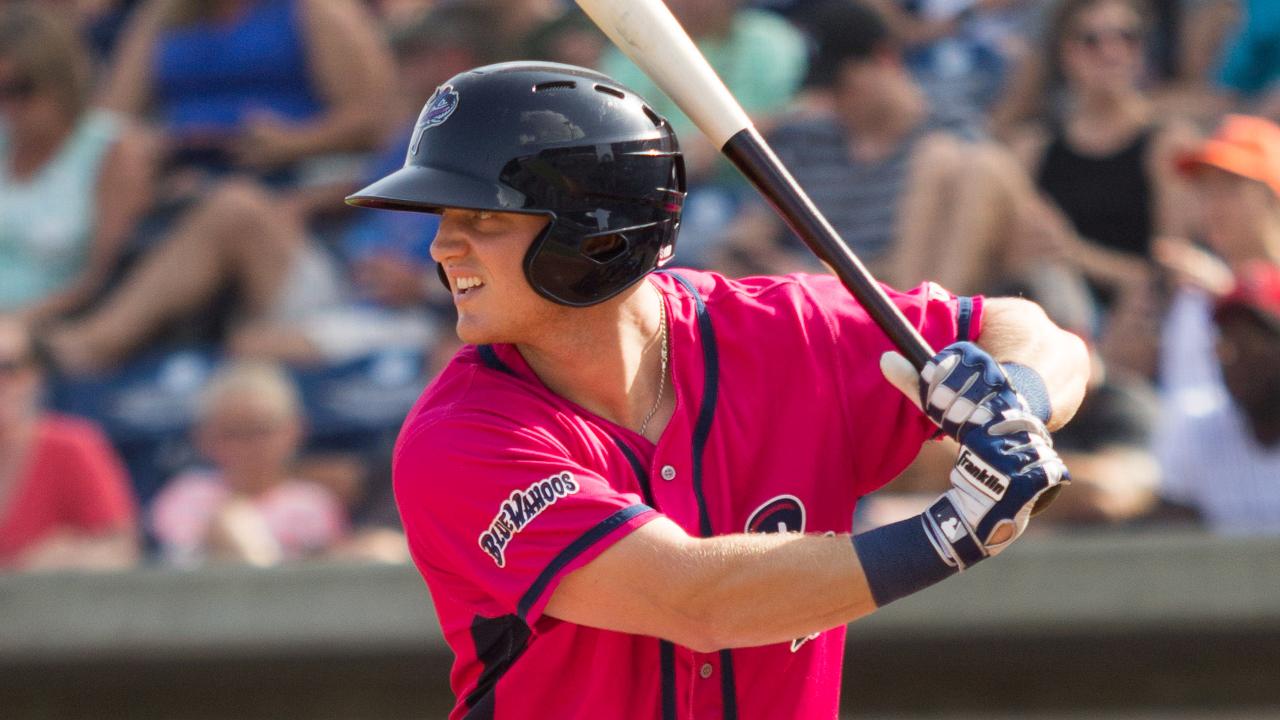 Behind Lopez's three-hit, nine-strikeout performance, Pensacola defeated the Jacksonville Jumbo Shrimp, 6-3, Thursday in front of 3,256 at Blue Wahoos Stadium. The Blue Wahoos have won the first two games of the playoff and are one game away from becoming the Southern League co-champions.

"It was a really, really tremendous job," Kelly said. "Deck (McGuire) did great yesterday and he did just as good."

It was the second playoff appearance for Lopez, who pitched for the Billings Mustangs in 2015 in the Pioneer League playoffs. To add even more pressure, in his past two starts against Jacksonville, Lopez is 0-1 with a 6.59 ERA and lasted 4.2 and 4.0 innings. He allowed six earned runs on eight hits and 10 walks and struck out 11.

"It was just a mental thing," Lopez said about his first two outings. "It's fun to win. The playoffs make it a little more special."

Austin Ross, who is 9-0 with a 1.87 ERA, takes the mound for Pensacola in the third game of the best-of-five series at 1:05 p.m. Friday that is free to fans, who are requested to donate for Hurricane Irma Relief. The Blue Wahoos have come to rely on their starting five this season with the second-best ERA in the Southern League at 3.14.

"I can't think of a better guy to have on the mound to clinch it," Kelly said.

Speaking of clutch players, Pensacola left fielder Josh VanMeter clubbed a two-run homer in the seventh inning with center fielder Gabriel Guerrero on base to give Pensacola a 6-1 lead. It was his first in the playoffs and sixth of the season. In the first two playoff games, Van Meter is 7-for-8 with a home run and four RBIs. The utility player also has a double and a stolen base.

"Definitely, this is the time to get hot," said VanMeter, who hit .375 and drove in 27 runs with two outs and runners in scoring position this year. "I've been pretty good in clutch situations. These are the games you live for."

Kelly said VanMeter's home run came with all kinds of benefits, such as allowing Pensacola to save Zack Weiss and other relievers for Friday's game. That's because reliever Robert Stock gave up a two-run homer in the ninth inning that would have made the game a 4-3 nail biter, instead of a still comfortable 6-3 lead.

"It took the air out of (Jacksonville's players)," Kelly said. "There are a lot of things involved right there."

Pensacola first baseman Gavin LaValley launched a high flyball for a two-run home run to right field into Hill-Kelly hill with VanMeter on base to put the Blue Wahoos ahead, 2-0, in the second inning. His fourth homer for Pensacola was LaValley's first since July 7 and 19th this season counting his first half with the High-A Daytona Tortugas.

"That was huge to get a lead on (Jacksonville pitcher Matt) Tomshaw right there," Kelly said.

Blue Wahoos shortstop Blake Trahan added one more run in the inning when he lined a single to center to drive in Aquino to make the score, 3-0.

Jacksonville rallied with two outs in the third inning to get a run, when center fielder Braxton Lee doubled to left field and left fielder Austin Dean smacked a single to left to drive him in and trail Pensacola, 3-1.

Arismendy Alcantara hit his first home run for Pensacola when he belted a fly ball over the fence to right field to extend the Blue Wahoos lead to, 4-1.

Blue Wahoos co-owner and PGA Tour player Bubba Watson already proved he could motivate the Pensacola ball players when he gave a pep talk before Thursday's playoff game. Then, the two-time Masters Champion donned the roach costume for the Lewis Critter Gitter Roach Race and looked like he could pinch run, if Pensacola needed him.

"It was pretty cool considering his status and who he is," VanMeter said. "He is so down to earth. He came in and treated us like he knew us."

Kelly said Watson's talk to the players was great.

"I think it means a lot," Kelly said. "You could see his passion. He loves not only his sport, but he loves our sport, too."

GAME NOTES The Pensacola Blue Wahoos play the third game of the best of five Southern Division playoff series against the Miami Marlins Double-A affiliate the Jacksonville Jumbo Shrimp at 1:05 p.m. Friday. The Blue Wahoos are offering free admission to the ballpark, but request donations for Hurricane Irma Relief.

Because the Blue Wahoos scored five runs online orders from Papa John's are 50 percent off using the pass word WAHOOS.

BIG FISH Left fielder/third baseman Josh VanMeter was 3-for-4 with a two-run homer and is now 7-for-8 in the first two games of the playoffs...First baseman Gavin LaValley went 1-for-4 with a two-run homer to right field...Third baseman/second baseman Arismendy Alcantara hit 2-for-5 with a solo homer to right field...Shortstop Blake Trahan was 1-for-4 and had an RBI.