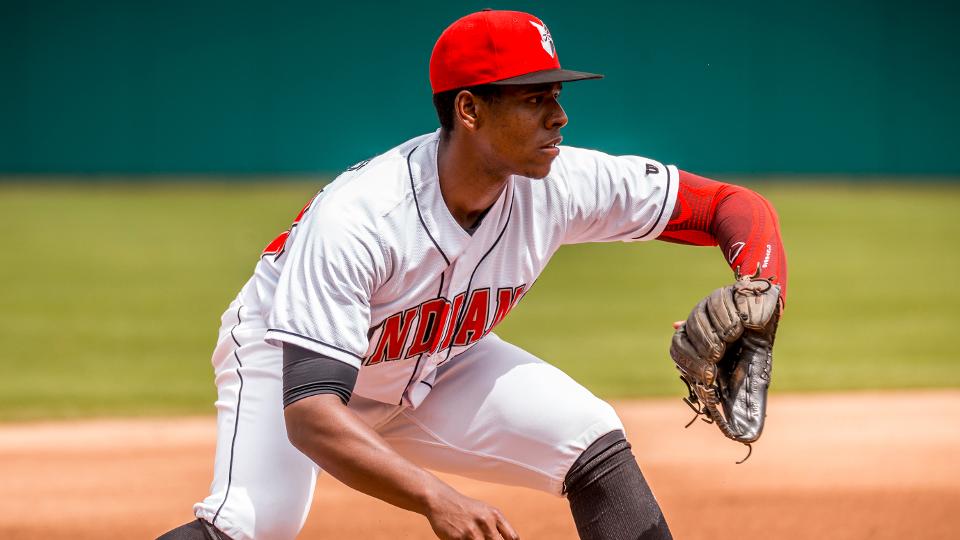 ST. PETERSBURG, Florida -- Minor League Baseball and Rawlings Sporting Goods Company, Inc., today announced the nine recipients of the 2019 Rawlings Gold Glove Award® for defensive excellence. The winners at each position were selected from players in the 10 domestic-based, full-season Minor Leagues. Each player will receive his own Rawlings Gold Glove Award, modeled after the iconic award given to Major League Baseball's top defensive players, during the 2020 season.

"We congratulate the 2019 Minor League recipients of the Rawlings Gold Glove Award® for their defensive excellence displayed throughout the duration of the season," said Mike Thompson, chief marketing officer for Rawlings. "We're proud of the relationship we've built with Minor League Baseball over the years and we both maintain a shared commitment to recognizing and rewarding athletes' defensive skill sets at the highest levels of game play."

The 2019 Minor League Baseball recipients of the Rawlings Gold Glove Award® are as follows:

Indianapolis Indians (Pirates) first baseman Will Craig posted a .999 fielding percentage in 886 total chances. Craig played 111 games at first base and recorded 828 putouts and 57 assists while committing only one error. Craig, 24, was selected by the Pittsburgh Pirates in the first round of the 2016 First-Year Player Draft out of Wake Forest University.

Arkansas Travelers (Mariners) infielder Donnie Walton posted a .990 fielding percentage in 103 games at shortstop. Walton handled 381 total chances, had a hand in 44 double plays and finished with 273 assists at shortstop. Walton was promoted to Seattle on Sept. 10, and played seven errorless games for the Mariners. Walton, 25, was selected by the Seattle Mariners in the fifth round of the 2016 First-Year Player Draft out of Oklahoma State University.

Indianapolis Indians (Pirates) third baseman Ke'Bryan Hayes became the second player to win a Rawlings Minor League Baseball Gold Glove three years in a row (joining third baseman Ramon Conde, 1959-61) as he led Minor League Baseball third basemen with a .989 fielding percentage in 107 games at the hot corner. Hayes appeared in 104 games for Indianapolis and three for West Virginia on a rehabilitation assignment and totaled 287 chances (216 assists and 68 putouts) while making three errors. Over his last three seasons, Hayes has made just 17 errors in 331 games (872 total chances). Hayes, 22, was selected by the Pittsburgh Pirates in the first round of the 2015 First-Year Player Draft out of Concordia Lutheran High School in Tomball, Texas.

Pensacola Blue Wahoos (Twins) left fielder Mark Contreras appeared in 94 games in the outfield with the majority of those starts in left field. He handled 182 total chances without an error and recorded 13 outfield assists. The Minnesota Twins selected Contreras in the ninth round of the 2017 First-Year Player Draft out of the University of California-Riverside.

Tennessee Smokies (Cubs) catcher Jhonny Pereda posted a .996 fielding percentage in 85 games behind the plate, as he handled 833 chances over 743.2 innings while making three errors. Pereda threw out 33% (44 of 132) of would-be base stealers. Pereda, 23, was originally signed by the Chicago Cubs as a free agent out of Aragua, Venezuela, on April 1, 2013.

Pawtucket Red Sox left-hander Matthew Kent posted a perfect 1.000 fielding percentage while handling 38 total chances in 152.1 innings pitched over 28 games (24 starts) for Double-A Portland and Triple-A Pawtucket. Kent, 27, was selected by the Boston Red Sox in the 13th round of the 2015 First-Year Player Draft out of Texas A&M University.

About Rawlings
Rawlings Sporting Goods Company, Inc. is an innovative manufacturer and marketer of sporting goods worldwide. Founded in 1887, Rawlings is an authentic global sports brand, trusted by generations of athletes of all skill levels. Rawlings' unparalleled quality, innovative engineering and expert craftsmanship are the fundamental reasons why more professional athletes, national governing bodies and sports leagues choose Rawlings. Rawlings is the Official Ball Supplier and Batting Helmet of Major League Baseball®, the official baseball of Minor League Baseball™ and the NCAA®, and the approved baseball, basketball, football and softball of the National High School Federation®. For more information, please visit Rawlings.com or by phone at (314) 819-2800.