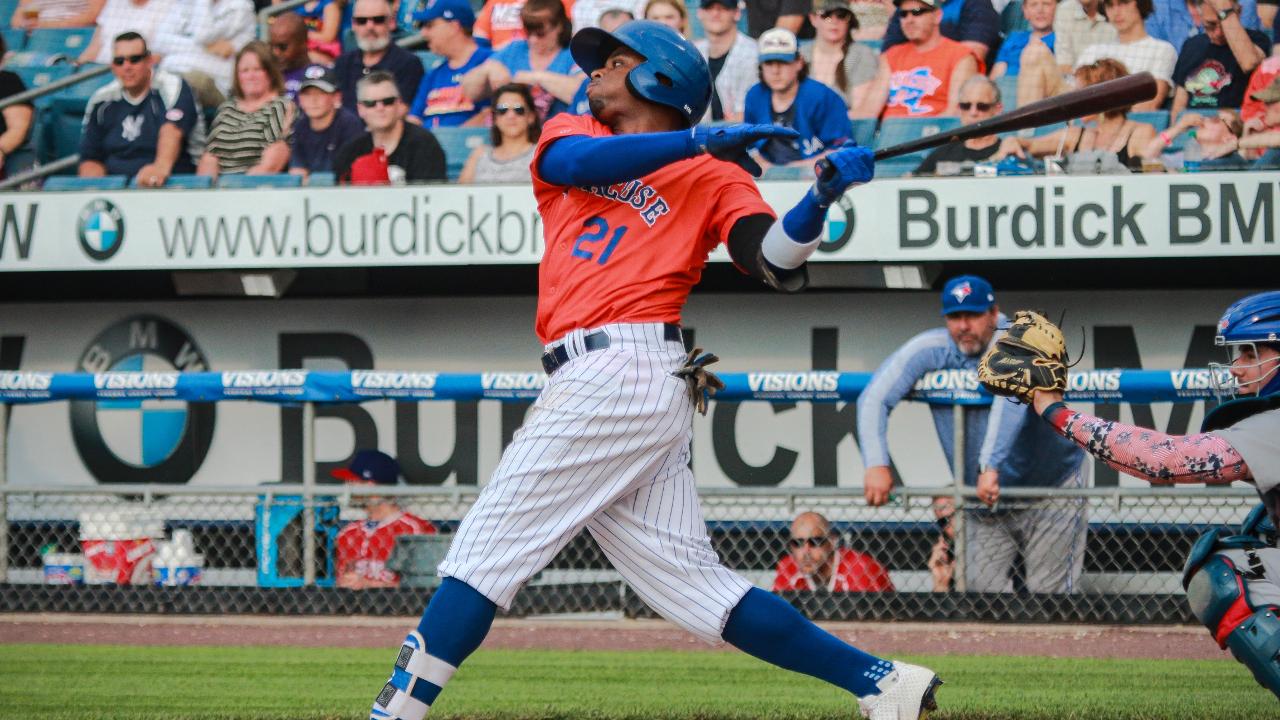 Syracuse, NY - The Syracuse Mets fell to the Buffalo Bisons, 7-1, on Saturday night at NBT Bank Stadium. Despite the loss, Rajai Davis had his fourth multi-hit effort in his last five games for Syracuse.

Buffalo (45-42) broke the ice with three runs in the top of the third inning. Alen Hanson led off the inning with a single. Two batters later, Bo Bichette singled to put runners on first and second base. After that, Socrates Brito hit his first of three doubles on the night, bringing home Hanson from second to give Buffalo a 1-0 lead. The next batter, Patrick Kivlehan, doubled to bring home both Bichette and Brito and extend the Bisons lead to 3-0.

Syracuse (42-46) responded with a run in the bottom of the fourth inning. Rajai Davis singled to left field for the first Mets hit of the game and advanced to second on a wild pitch. Rubén Tejada followed with an infield single to put runners on first and third for Syracuse with no outs. Danny Espinosa then grounded out into a double play, but Davis scored on the play to trim the Buffalo lead to two, 3-1.

The Bisons extended their lead with a four-run eighth inning. Brito started the frame with a double. Kivlehan brought Brito home with a single, making it 4-1 Bisons. Two batters later, Richard Urena singled and Reese McGuire walked to load the bases for Buffalo. After a pitching change, Andy Burns doubled into the left-field corner to clear the bases and give the Bisons a 7-1 advantage.

The Mets wrap up their four game homestand against the Bisons Sunday afternoon. RHP Ervin Santana takes the mound for Syracuse against RHP Sean Reid-Foley for Buffalo. First pitch is set for 1:05 p.m.