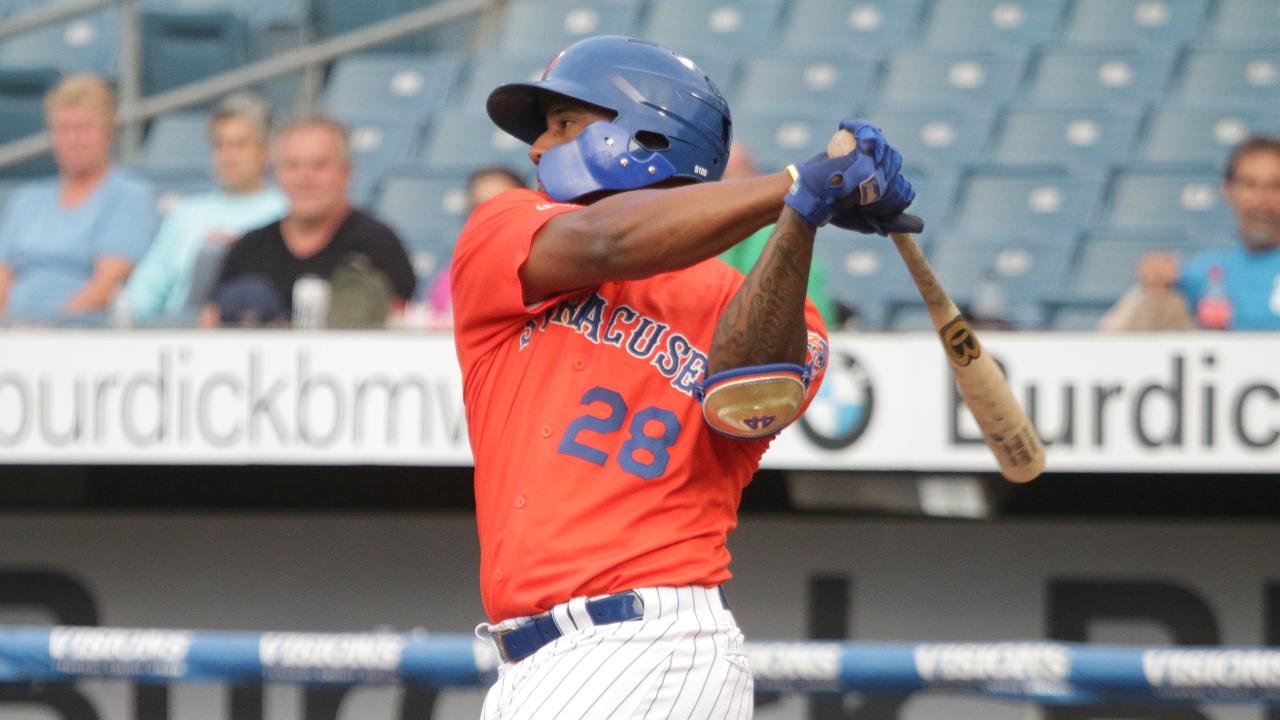 Syracuse, NY - The Syracuse Mets fell, 5-3, to the Lehigh Valley IronPigs Tuesday night at NBT Bank Stadium. It's only the Mets second loss in their last 14 games.

Syracuse (71-63) struck first in the bottom of the first inning. Brandon Nimmo led off with a walk, and Danny Espinosa singled. Dilson Herrera followed with an RBI double, scoring Nimmo from first to give the Mets a 1-0 advantage. One out later, Sam Haggerty plated Espinosa from third on a groundout, making it 2-0 Syracuse.

Lehigh Valley (63-70) countered in the top of the second inning. Davy Grullon led off the frame with a single, and José Pirela cracked a two-run home run, tying the ballgame 2-2.

The IronPigs kept the bats hot in the top of the third. With two outs, Ali Castillo doubled, and Nick Williams followed with a two-run homer, giving Lehigh Valley its first lead of the night at 4-2. The next batter, Deivy Grullon, also homered to make it back-to-back homers and give the IronPigs a 5-2 advantage.

With one out in the bottom of the fourth inning, Rymer Liriano clobbered a solo home run for Syracuse, cutting the Lehigh Valley lead to two, 5-3.

In the bottom of the eighth inning, Sam Haggerty singled for Syracuse with two outs and stole second base to get into scoring position. The tying run, Travis Taijeron, popped out to the warning track in right field though to end the inning.

Syracuse threatened in the ninth inning. Down to their final strike, Colton Plaia drilled a single to right field to extend the game. But, Nimmo grounded out to second after that to end the game.