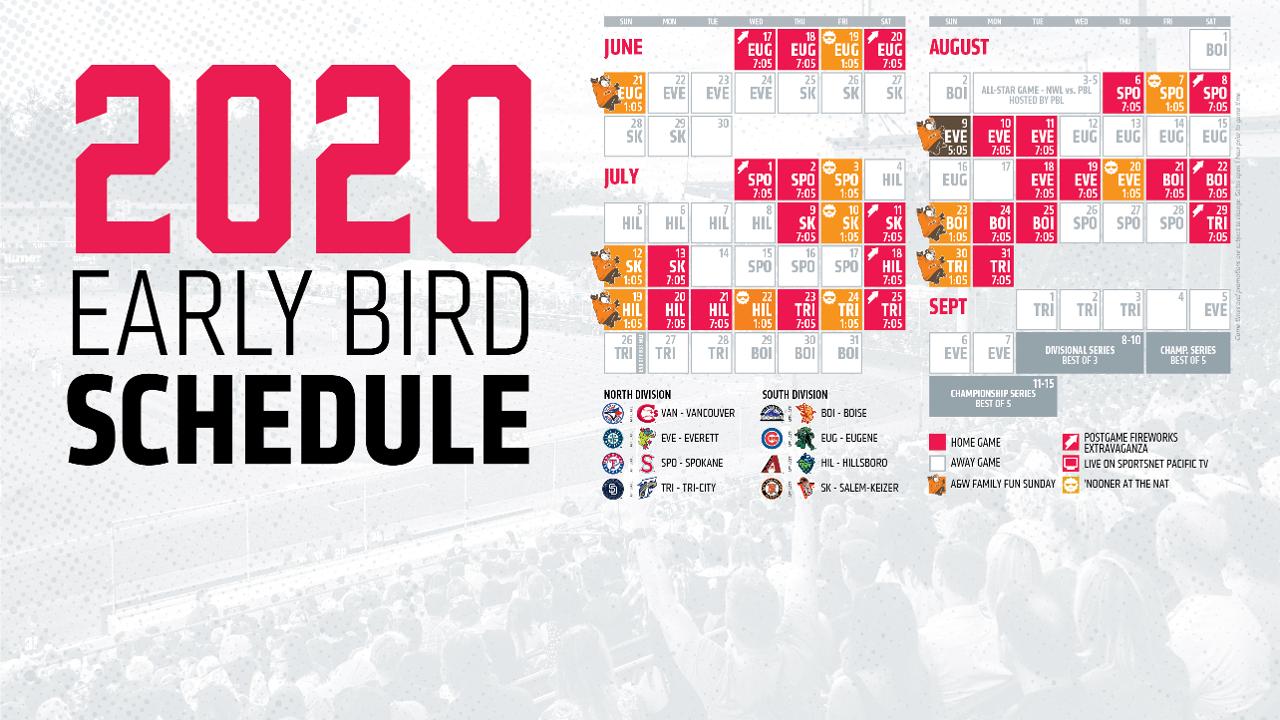 (Nat Bailey Stadium - Vancouver, B.C.) - The Vancouver Canadians Baseball Club has announced its 2020 Early Bird Schedule that includes all home and away dates including start times for games played out at historic Nat Bailey Stadium.

Vancouver opens with a five-game series at home against the Eugene Emeralds (Chicago Cubs) on Wednesday, June 17th at 7:05pm. The C's will play 38 regular season dates that include nine fireworks extravaganzas, six A&W Family Fun Sunday's, six week-day 'Nooners at The Nat along with a host of games that will have exciting promotional elements and giveaways.

The Canadians enter into its 10th season as an affiliate of the Toronto Blue Jays and since the partnership, Vancouver has gone 7-2 (.778) on Opening Day dating back to 2011 (see history below).

Vancouver will once again host on Canada Day (July 1) vs. Spokane and look to capture a fifth championship dating back to 2011.